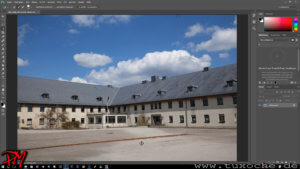 In this weeks article i presented the effect of Photoshop motiin blur filter in a little video, which realizes the effect of motion blur in an image or parts of it. Usually you’ll need a steady tripod and a (strong) neutral densitiy filter to get exposure times in a range of a couple seconds on a clear day.

The filter “motion blur” is pretty easy to apply, and if you convert the image or better the layer to a smart object, you ‘re able to change settings later on. Sometimes it can be harder to mark the right parts of the image, like water or the skay with clouds.

Pay attention apllying the filter in particular rivers and their floating direction corresponds to the angle of the motion blur filter. 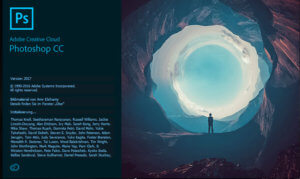 And talking about Photoshop, Adobe just released a new update for Photoshop CC, which carries the new major version number 2017. Lightroom is not updated (so far) and assigning the new version 2017 to a update with mainly improvements in details is at least questionable. Und wo wir schon über Photoshop CC reden, The main improvements are listed on Adobe blog post and in the help files.

Besides a better search in documents and stock images Adobe implmented a polygonial lasso tool in the “select and mask” function.  The face-aware liquify function can now be applied to one or both eyes and Photoshop CC now supports SVG color fonts. Improvement in details but not that much to justify a new major relaese.

While Adobe informs their customers in a blog post and with additional tutorial videos Samsung won’t inform the users at all. This week my smartphone notified me about a system update being available. Since the download was only 20MB in size i assumed this could be security patch only. I installed this system update. While this update is available for the Samsung S6 and the S7 modell there is no update availlable for my tablet. This is annoying 🙁 cause i still don’t know what the software update was for.