Darktable 3.4.0 was released on Christmas and comes up with a lot of new features.

As a Christmas present to the community, the team released Darktable 3.4.0 on December 24th. As far as I know for the first time the documentation for version 3.4.0 was published at the same time as the release of the program.

It is very good that now with the release of the new version there is also an up-to-date documentation, because a lot has happened and the list of changes/new features is long.

Darktable is an OpenSource program and is available for download for Linux, Mac and also for Windows. The installation on a current Windows 10 system worked flawlessly. However, one should look for an alternative download, because the download via GitHub is unbearably slow.

With Darktable, the photos have to be imported by specifying the directory. 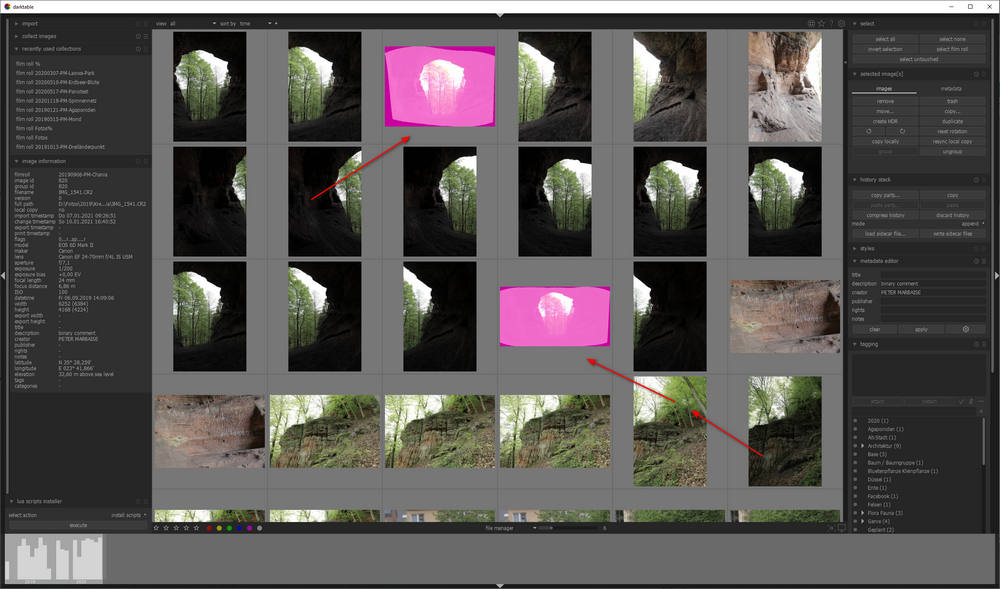 The similarity to Lightroom cannot be denied, but what is immediately noticeable here is that DNG files are not displayed correctly. These are panoramas that were composited with Lightroom. 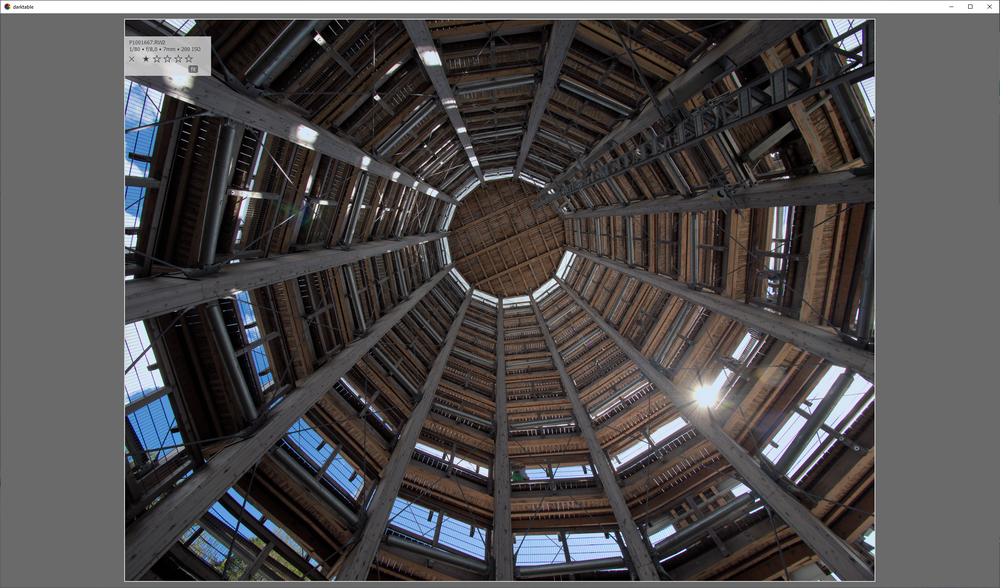 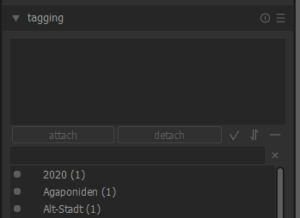 Of course, Darktable allows the assignment of keywords The storage is done in the database, but also in XMP branch files. Darktable recommends to keep these. I had now copied about 1,500 photos to an SSD and imported from there.

If an XMP file is found during the import, it is used to save or even update the data in the database.

Darktable recognizes some data in XMP files of other programs and in Lightroom it even goes into some development parameters, e.g. exposure,clarity etc. With the other programs e.g. also GPS data are recognized and/or taken over.

Of course Darktable offers the possibility to load a GPS track file and bind the contained location data to the selected images in the filmstrip. 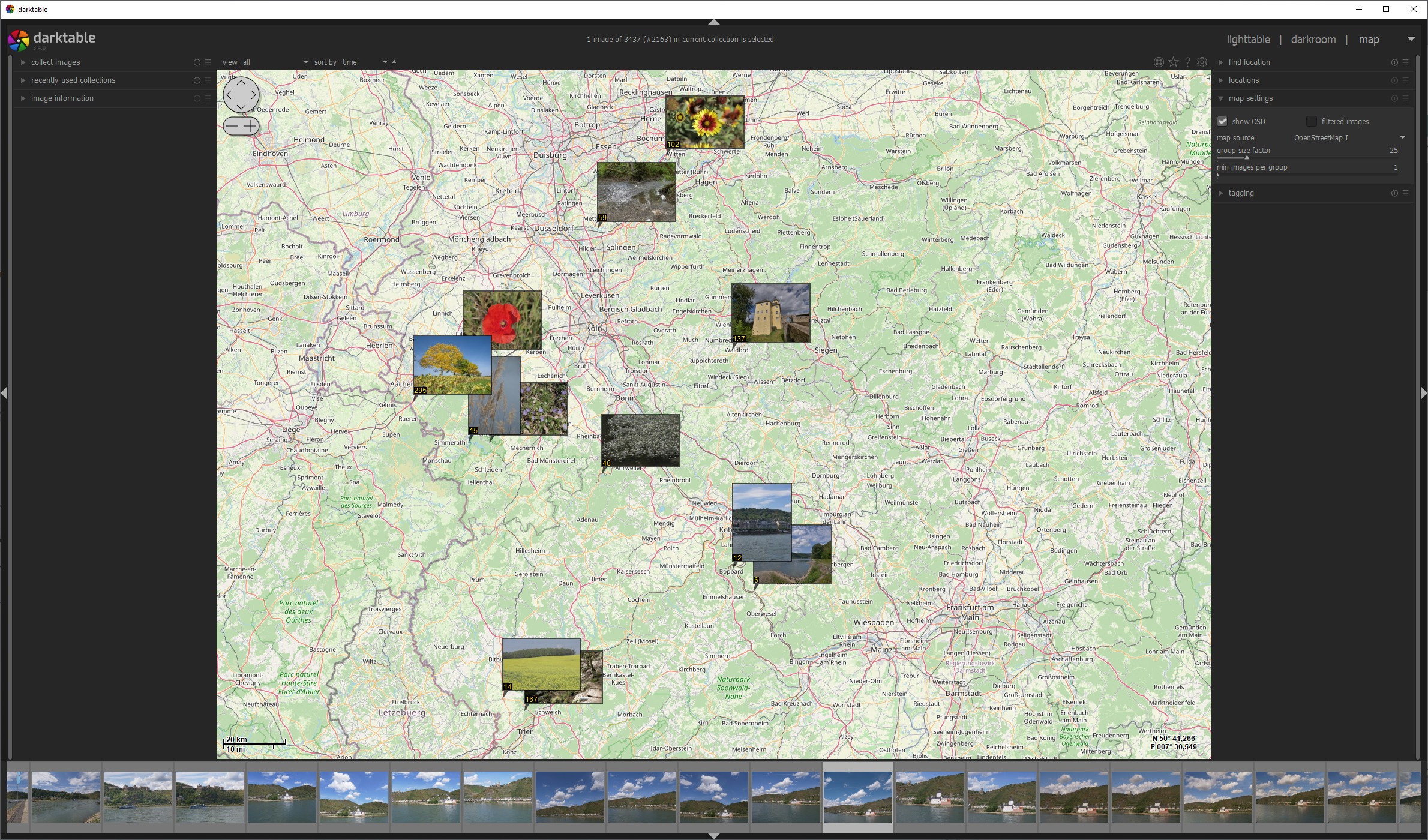 Afterwards, such overviews as in Lightroom are also possible, in which one to any map section all images are displayed, which are stored in the database. 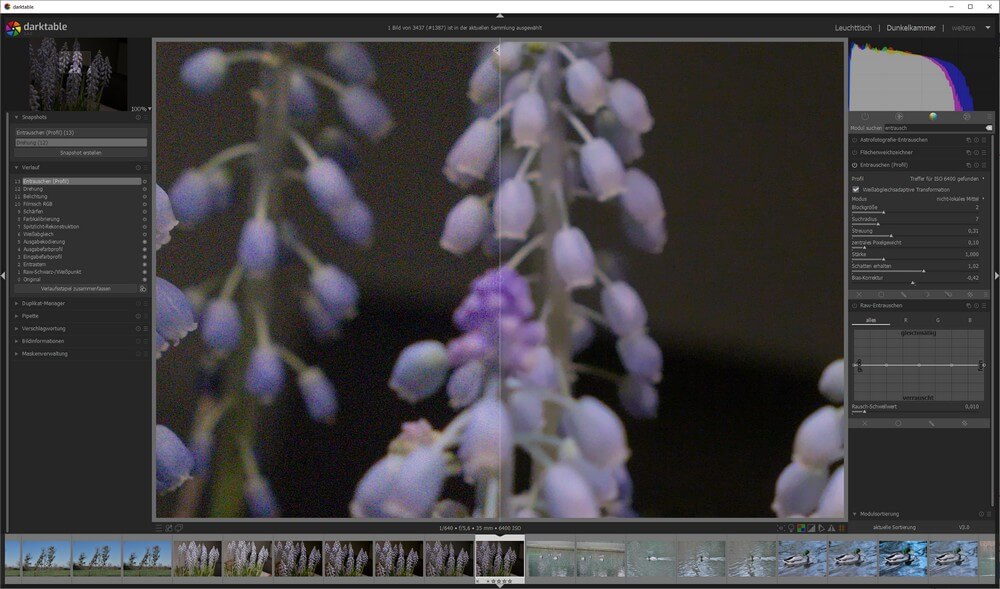 I find it very convincing for a shot taken at ISO 6,400 with the Lumix G9. 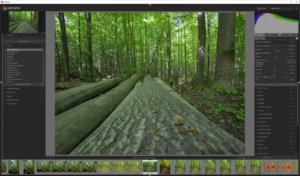 Nothing is really missing in the development, referred to here in Darktable as darkroom. However, you should look in the documentation, because for some modules it is recommended to stop using them.

The export can be done in many formats, of course the most used JPEG and Tiff. The latter are probably more suitable for further processing e.g. in Hugin or Gimp.

I have also made a comparison and exported the images of a timelapse. There were practically no differences between DarkTable and Lightroom. Darktable has also drawn level here. 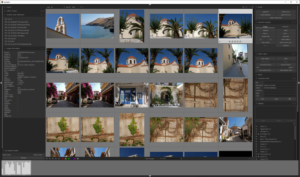 When I described Darktable at the beginning of 2018, I was still convinced that the program could not be an alternative to Lightroom. In the meantime, however, some adjustments have been made that make this conclusion seem questionable.

It is a different working, but Darktable leaves hardly any wishes open, as far as the management but also development of RAW files is concerned. The other work relates to the fact that you have to get used to as a Lightroom user in some places quite a bit.

I won’t be switching over, but for those who shy away from the subscription model, DarkTable is certainly worth more than a close look. Leave me your comments on what you think about Darktable.