I own the  Holux M-241 GPS Logger for a little more than 5 years now, but today i tell you, why and how i reactivated the logger. 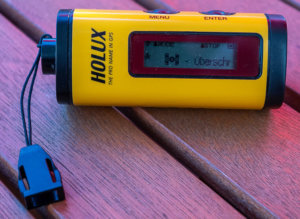 The Holux M-241 was used for quite a long time, because the logger is pretty compact and uses a regular AA battery for operation. To read the data from the logger i used the software from  bt747.org , which supported the Holux logger.

At last i had more and more difficulties to get the software running on a Windows 10 system. I therefor switched to  AndroidMTK , a small app which could read the loggers data via Bluetooth.

I recorded a little video:

The tracks downloaded from the logger are converted to GPX format automatically and uploaded into my cloud. Since those track-files are pretty small this is done very fast and the files can be used with Lightroom CC right away. . 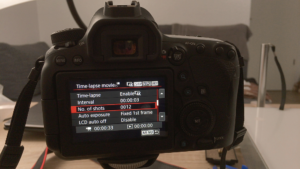 Using the Holux logger was in the background a littel bit, because the  Canon 6D MK II not only had a GPS modul but also was able to record track files. These track files could be used also for the images from my Lumix camera. This was very convinient.

But since i switched over the Lumix system this option is not available any more. 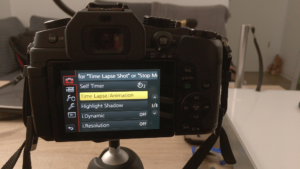 And because i switched to an iPhone at the begining of the year i could not find any app able to read the Holux GPS data via Bluetooth. 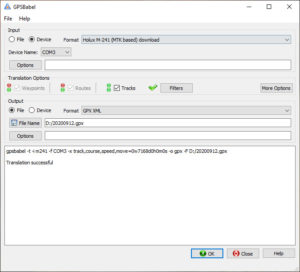 GPSBabel is a open source tool for transfering and converting GPS data. It is available for Windows, Mac OS and Linux.

With this program the GPS data could be downloaded from the Holux M-241 and converted to the desired format, mostly GPX. A base recommendation is of course the installation of the Com-to-UART drivers from silicon Labs.

The Holux M-241 lis affected by the GPS-Rollover issue, because internally the logger uses only 10-Bit. But with an additional paramter in GPSBabel this can be fixed while downloading.

I can advise the solution via GPSBabel, since the software from bt747.org is not developed any more. GPSBable is free and opensource software and available for all major operating systems. With this solution i could reactivate a fully functional Holux M-241 logger.