Lightzone 4.1 was released mid of may. Lightzone is a open source RAW converter with support for different camera systems.

Lightzone is a open source RAW converter i reported already on the [post id=430]version 4.0[/post]. After one year of development the project released version 4.1. But still unusual is the need for registration to download the latest version. Noticeable is the much faster execution of the program comapred to version 4.0. The GUI interface didn’t change, you can switch to the develop modul by pressing STRG-E and change back to the browse modul with  STRG-B . My feature request at this point would be a grid view like implmented in Lightroom getting to a single image by a double-click. 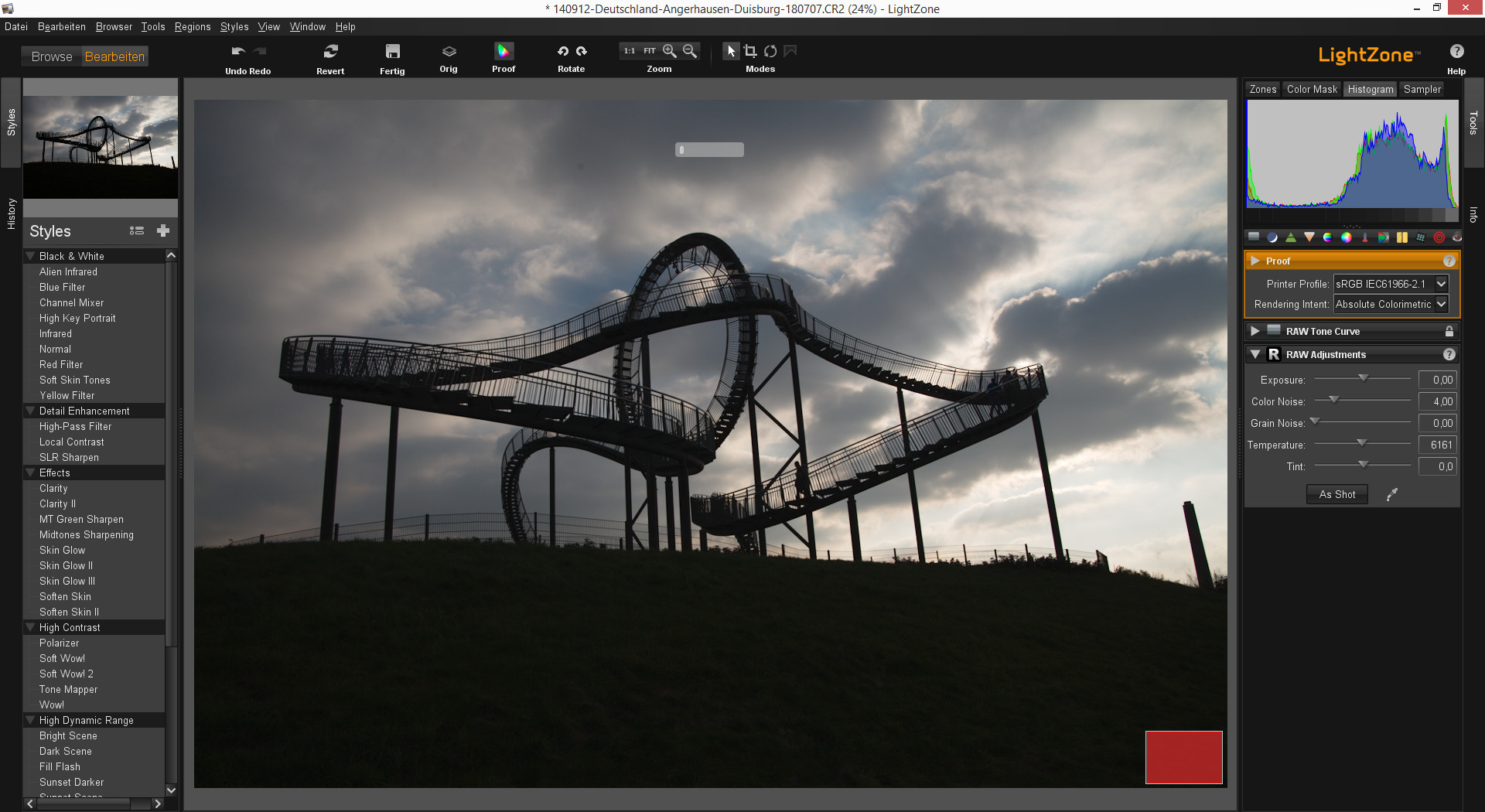 The developement modul offers a lot of pictucre styles on the left side, which can be applied by a mouse click to the image. These styles are comparable to the developement presets in Lightroom and you are able to define your own styles. 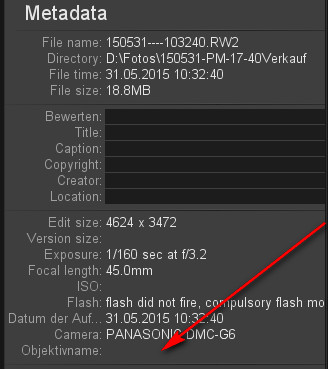 Lightzone 4.1 contaisn a couple of improvements, one is that my mft [post id=813]Lumix G6[/post] is supported now. But supporting Exif still is not complete just like in version 4.0 and needs further improvements. Not mentioning of the lens name is acceptable as long as the focal length of the lens being used is displayed, but the missing ISO data is definitly an issue which should be repaired as soon as possible.

This situation is better using Canon cameras, but the lens name is missing using Tamron lenses, but the Tokina fisheye zoom 10-17mm, which is used for sphere images, is identified as a Canon 20-35mm.

I wasn’t able to use mouse-wheel support tilting an image or zooming in, even though i use Logitech products on both my laptop and my desktop PC.

But the developers used the year of development to version 4.1 very good for one issue, speeding up the exporting modul and making it almost twice as fast as version 4.0A exporting the raw files to JPEG or 16-Bit tiff files. And this a real improvement. I updated the article about the [post id=114]raw converter speed comparism[/post] accordingly.

One thing i can’t explain though. During my tests on speed converting a raw file i occured the fact that a regular 16-Bit Tiff file is smaller than a 16-Bit compressed by the LZW algorithm, and i did it a couple of times. Maybe somebody of the audience has an explenation for this one?

Lightzone made a jump to version 4.1, even though there is a need for improvements and some little “bugs” left. But it is worth to take a loom on the program, if you’re looking for a open source RAW converter.