On my installation Lightroom still says there is no new version, but i’ll think i get it later this day. Til now there is no blog post on the new versions with some detailed information about what exaclty is new. 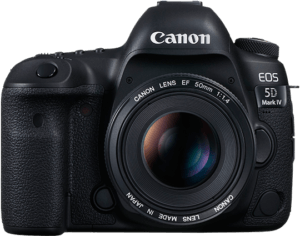 In Adobe Camera RAW 9.7 now newer cameras like Panasonic  G80,G81 und G85 and Canons flagship camaera the new  5D MK IV are supported. According to camera support page Canons new feature with dual Pixel RAW files is not supported so far.  Maybe Adobe just wanted a new release for the Photokina fair in Cologne. Along with the new Lightroom version a new Adobe Camera RAW version 9.7 is released, so Photoshop CC should notify you on a update later this day. And of course a new version of Adobe DNG converter is also available.

In the new Lightroom version there is now, just like in Photoshop CC, an access to Adobe Stock implemented. If this will work out with the here in Germany more common fotalia service is not knwon so far. Adobe did something about performance. The implemented a proxy image processing. feature, which is well well known for video editing software  In preferences now you can choose if Lightroom should use smart previews, you know those little DNG file, for editing.  Since these files are a lot smaller compared to the original RAW files this cloud improve image processing performance, depending on RAW file size and overall performance of your desktop or laptop computer.

Meanwhile there is a blog post on the new versions available.

I installed the new version last night on my desktop pc only and tried out the new function using the small smart preview files for editing.

We could discuss a lot about the question, if this really is a new feature. Using smart previews for editing purposes if the original raw file isn’t available is arround for quite some time. The only changed is using the small DNG files for image processing even though the raw is locally available on your hard drive.

Maybe my raw files are to small or its caused by the fact that i store newer raw files on a SSD drive but i can’t recoginize any improvement in development performance. Maybe with a large file and many,many local corrections, but this is not a feature to say “wow Adobe you’ve done a good job” 🙁 But interesting with this feature Adobe admits to have performance problems in Lightroom CC.

Ok enough to check out  😉