A little bit more than an hour ago i downloaded both new versions. ACR 9.8 adds supports new cameras, like the new Canon M5 and even the smartphone Samsung Galaxy S7 ist listed as supported now. Besides this a lot of newer lenses are supported with new lens profiles.

According to Adobe the new Lightroom version CC2015.8 are under the hood, which should improve performance in the develop modul. This should improve reaction time for local corrections like radial filter or correction brush. As a new function the develop modul supports a refenerce view. Til now you could switch to a before/after vieew of the same image, now you choose a already processed image as a refernce and develop another image, allowing a better comparism of both images.

This ia a positve feature so i just tried it out with my own image: 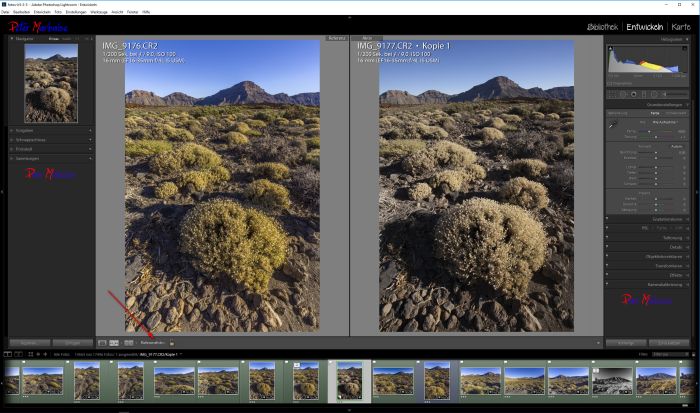 But for this type of image processing i personally prefer to develop one image of a series and the copy/synchronize the development settings to the other images. Too me this is faster, but maybe it helps to get close to a processed image step by step or experiment with different settings.

The next weeks will show if there a real performance improvement. According to Adobe these improvement are mainly restricted to the development modul. Playing arround with the radial filter or the correction brush so far i can’t state any improvment in performance. Maybe this is like the usage of the GPU which is limited to the development modul and doesn’t lead to a noticeable increase in speed.

The question is to implment new functions in every version. What do think about the new version?