Besides the outstanding quality as a stills camera on eof the reasons to buy a Lumix G9 were the extended video capabilites with the firmware upgrade to version 2.0. 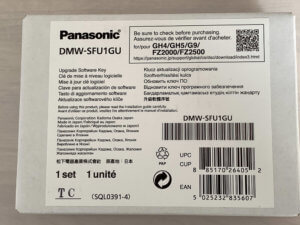 With the firmware upgrade to version 2.0 the Lumix G9 added some options mainly in video recording capabilities. The most important improvements of course are 10 Bit recording and the VLOG-L option.

V-LOG L is a very flat profile with the lack of contrast to increase the dynamic range in video clips. V-LOG or the official name DMW-SFU1GU is an update which you have to pay for. The price is arround 85,– €.

After ordering the update you get a small package including an introduction booklet and a black envelope containing the serial number for the software update.

I did a small video on activating the V-LOG profile:

According to the instruction you’ll firt export the serial code of your camera to the SD memory card. This will generate a file  SERIAL.LST on the SD card. Copy this file to your computer and upload the file on website from Panasonic. 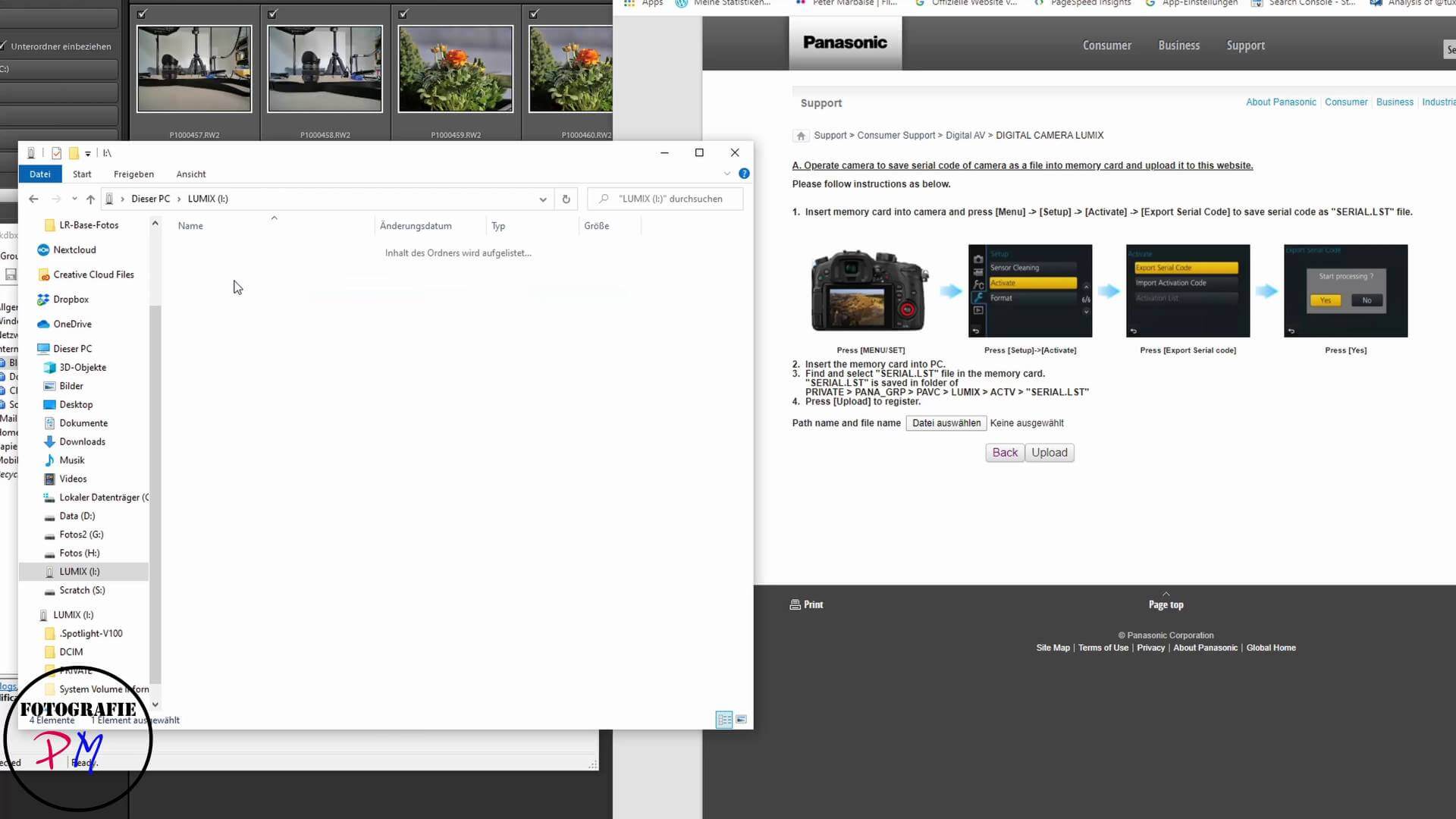 After uploading this file you fill in the serial number you bought, but without hyphens. If the code is accepted the website generates another file 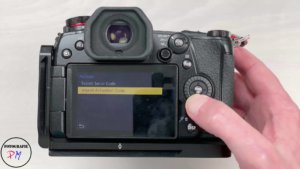 ACTIV.LST, which is to be stored on the SD memory card in the same folder as the generated serial number file.

Back to the camera you can import the activation code in the same sub-menu. After turning the camera off and the on again the V-LOG option is added to the picture styles. Now you can record video clips with V-LOG L in either 8 or 10 bit color depth.

The first effect is of course on the picture or on the clip which can be viewed right away on the display. Here is a small comparism:

The differences are pretty extreme. But there is another difference. Now the lowest ISO setting is ISO 400 which makes a variable ND filter necessary at least for filming in brighter locations. 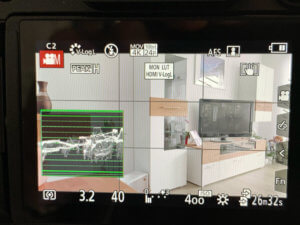 To judge the correct expsoure you can display a scope now on the screen. But this is quite small on the camera monitor so i advise the usage of an external monitor like the FeelWorld FA6+. 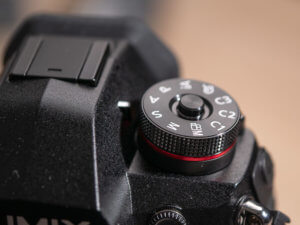 The first pitfall isn’t really a pitfall, but using V-LOG L option a post processing of the clips like in Da Vinci Resolve is mandatory. You can’t use video clips tright out of the camera anymore with post processing.

Since the V-LOG L option is implmented as a picture style this is used also for JPEG images. So i programmed the settings for V-LOG along with 10 Bit video on one of the C knobs.

With the V-LOG L option the Lumix G9 gains a lot of potential in videography and proofs itsself as a very good combination for both stills and videos. .