The first time i mentioned Da Vince Resolve was in my article about the new desktop pc setup with the AMD Ryzen 1700 X cpu. 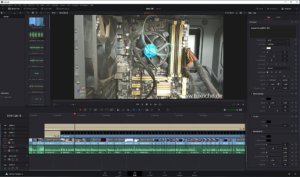 Back in these days  Da Vinci Resolve was one of the main chcoices for color grading, but not for a complete post processing of your video clips. There were tutorials arround there on Youtube how to export a project via XML to Da Vinci to do color grading in this app. But those tutorials didn’t work out for and at the same time there was no support for my older Creative Suite CS6 and in spite to Lightroom a subscription contract to get the newest Premiere Pro CC didn’t not make sense too me.

Since Da Vinci Resolve 15 i did more and more with the program and of course you have to learn and maybe change your workflow with every new program. But approximately the last 20 videos on my Youtube channel were done with Da Vinci Resolve, just like this video here:

The program is available for Windows and Mac OS and in addtion for Linux, which is pretty rare, There is a completely free version and a paid studio version. Until now the free versio  is sufficinet for me.

Compared to Adobe you have different programms under one hood, that is Audtion (Fairlight) and After Effects (Fusion).

But besides the positive experiences with this program there are a couple of problems which i want to state here.

Da Vinci works with a project manager and there you start with a “Untitled project“. In this project you can add all your video and audio clips to the media pool. Video clips not imported into the media pool are not visible in othe rparts of the program. It is not like an import in Lightroom CC, but all data for each vidoe clip are stored in a local database. 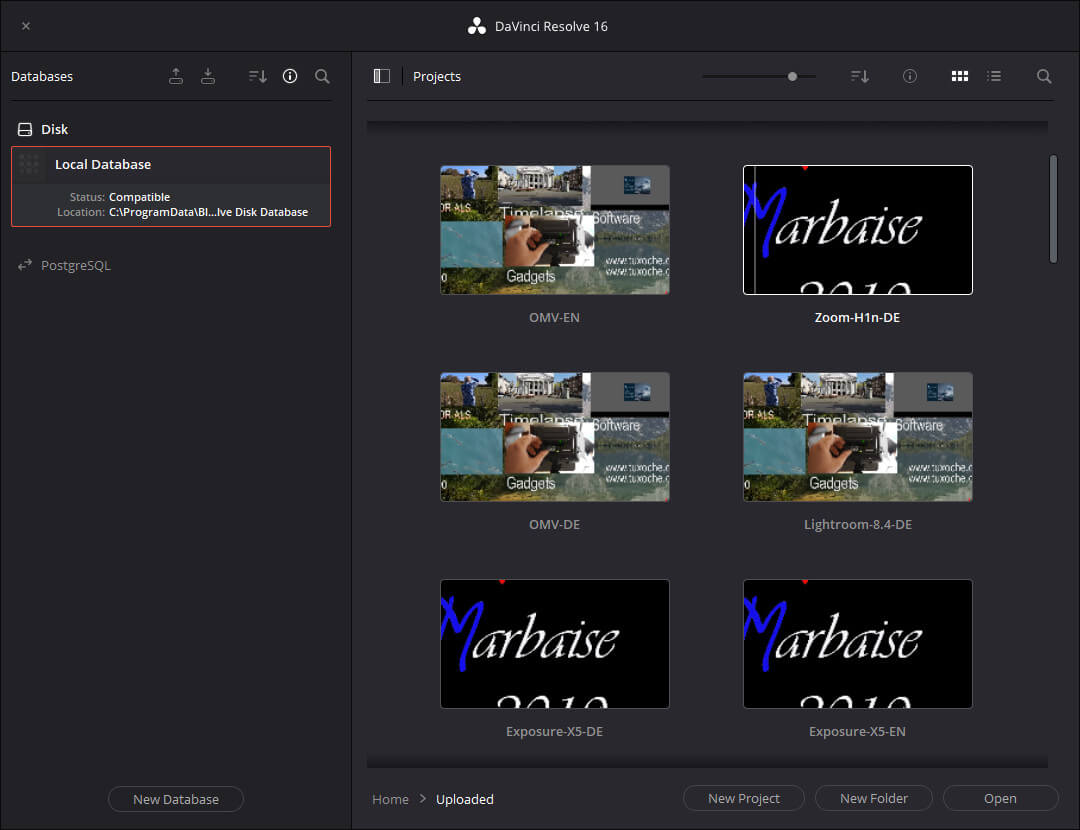 Repeating elements like an Intor, logo or a title can be exported as template, which make usage a lot easier.

With Da Vinci Resolve version 16 the new cut page was introduced, mainly to make editing faster in some situations, because the cut page genereates a new timeline. 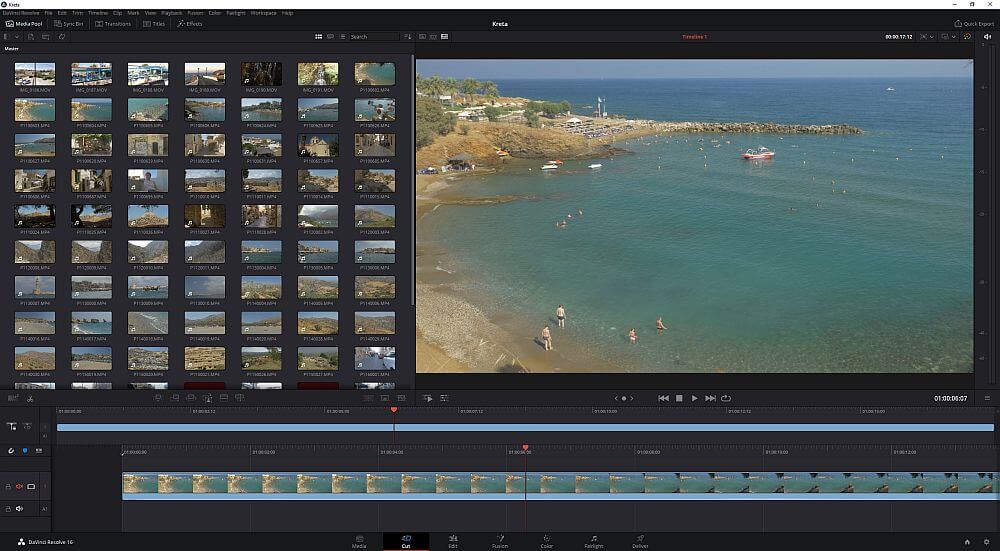 The idea behind this new feature is positive, but only i have problems with this new feature. This is mainly caused by missing sorting options. As an example i pulled all my video clips from my last vacation into the media pool. These clips were captured with the Canon, my Lumix and with a smartphone. As a default all clips are sorted by name, which is a little bit annoying, because all video clips start with different prefixes. Sorting by timecode is an option only available in a professional environment with professional cameras or at least with professional accessories. The list of all clips can be sorted by capturing time but the new feature “Soruce Tape” doesn’t respect this sort order.

Adding sound or voice afterwards to a video clip is pretty easy in  Da Vinci . Just mark the clip or parts of it and then start with the recording. You get infos about the remaining clip time and you can display text to support your recording. If you don’t like the result you can repeat this process and take the best recording as a audio track for the clip. 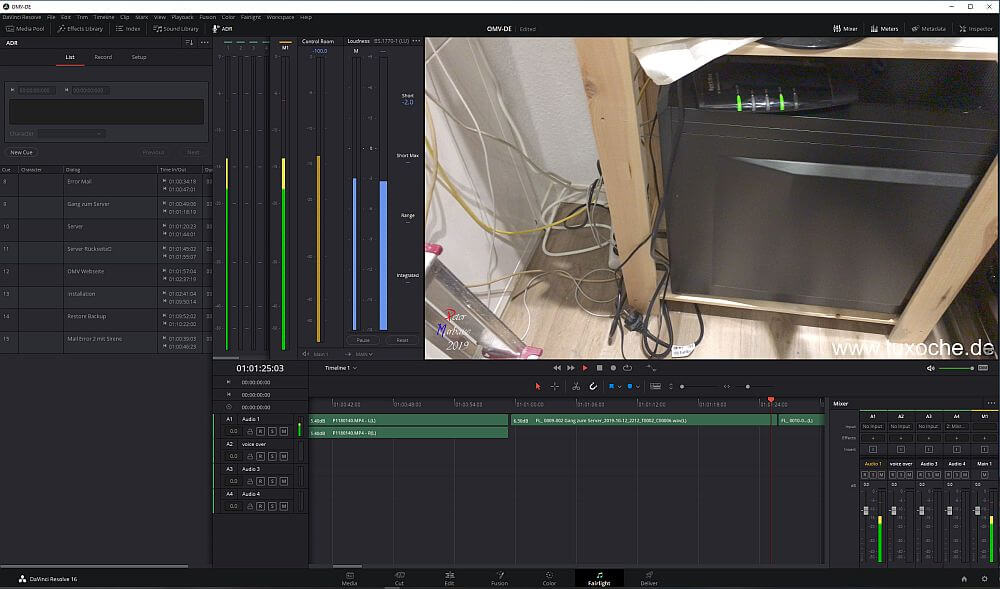 This officially called  “Automated Dialog Replacement” is very convinietn but has one disadvantage but we come to this in laster.

The  GPU support in  Da Vinci Resolve is outstanding. I use my  NVidia GTX 1060 with 6GB of RAM. 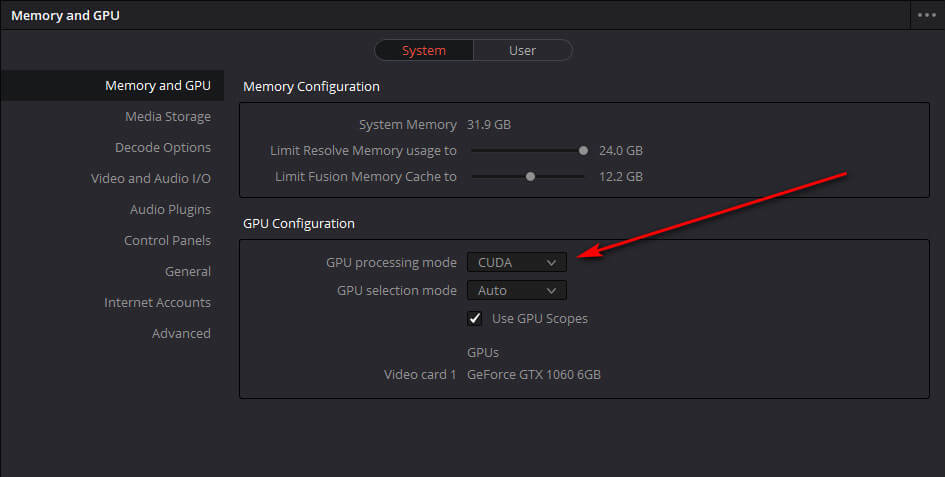 Although its mentioned in the handbook that you should use the Cuda with NVidia grpahic cards i occured a situation where the GPU support was set to OpenCL after an installation. And this false setting has a big issue on export/rendering a final video. A project with a length of 10:19min needed 24:52min to render as a FullHD but with the right settings Cuda the same project was rendered in 7:32 min.

The cache can be configured on every drive in the system but you can’t configure a maximum size.

In this cache folder the .wav files from voice-over recordings are stored in and this is an error. Those files should be stored in the project folder mainly for data backup, because you regularly skip cache folders from the backup.

Unfortunately Da Vinci Resolve 16 isn’t as stable as version 15. You might occur a crash once in while so that the program can be started only after a reboot of Windows 10. There are some settings to backup and save the current project in regular intervalls. This way you don’t loose the project.

We these settings you are at least able to load your project again.

Da Vinci Resolve 16 really is a complete program and includes all tools i need for post processing. Since the version i use is the free version i don’t mind the stability issue, even though i hope BlackMagic will correct this with the next release. But so far i don’t miss  Premiere Pro at all 😉