In the first post i described the components and the procedure for the upgrade. Today we want to take a look on the effects for image and video processing.

AMD Ryzen 1700x , it is impressive to see a tool like CPU-Meter presenting 16 threads After the installation i first tried out zipping large archives to get an idea on the perfromance gain like i did for the last upgrade. But in a multitasking envirnment you don’t have full over other processes maybe influencing the result. The zip tool engaged all cores but for the zip job on a very low level  😉

I like to use the CPU-Meter tool out of the 8Gadgetpack and used   PCMeter to measure CPU temperatures. This was allright for the old XEon CPU, even though this tool insn’t activly developed. But measuring temperatures on AMD Ryzen CPU i had to switch to CoreTemp , because PCMeter wan’t able to read out the temperatures. But with CoreTemp there seems to be a problem with AMD Ryzen temperature offset, because temperatures displayed with CoreTemp differ from those shown in the BIOS. 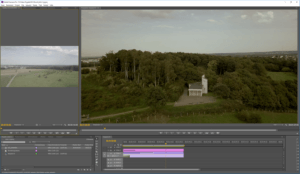 Lightroom 6 / CC is siad to be pretty slow and to scale very badly. The overall bad perfromance is true and a couple of weeks ago Adobe committed this fact in a blog post and promised to work on it.

I can’t follow the criticism about bad scaling  because the above sreenshot from the CPUMeter was done while Lightroom was exporting a bunch of raw files. As you can see all 8 cores are busy

For a comparism i exported 325 images from a timelapse sequence with the old XEON CPU to JPEG format. The old system with XEON 1230 CPU needed 14:38 min. for this job, but you have to consider that using plugins like Metadata-Wrangler consume part of the time. IWith the new hardware it took only 10:38 min. for the same amount of images.

Rendering a 4 K video i didn’t stop times exactly with the old system. But for a 3 min video in 4K from my DJI Mavic Pro drone the old system needed a little bit more than 11 min. With the new system this is done 7:48 min.

After upgrading the base system like CPU, Mainboard and RAM the results were very pleasing, but i wnated to do a complete upgrade so i decided to upgrade my old GeForce GTX 650 and switched to a GeForce GTX 1060 with 6GB of VRAM. I just hope that this system now i up-to-date enough so another hardware upgrade will not be necessary before 4-5 years from now on.

Since i always install the original NVidia software driver there wasn’t a need for changing anything on the software and in Lightroom the GPU support was activated in the preferences. Since the GPU is used in the development module only i couldn’t state a sort of wow effect even doing a lot of local corrections on images.

In Adobe Premiere Pro CS6 and After Effects the GPU support in the preferences was deactivated after changing the graphic card. But i knew this effect because of my experiences with the former GTX 650, so i downloaded cuda.bat again, a small batch file to insert the name of the graphic card into a certain file. But even after executing this small batch file the GPU support in both applications was still deactivated. A look into the file  cuda-supported_cards.txt and the output of the GPUSniffer tool solved this little problem. The card was mentioned as  GeForce GTX 1060 in the file , but according to the GPUSniffer tool the correct name of the card is  GeForce GTX 1060 6GB 😉 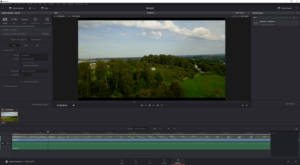 After this little manual correction Adobe Premiere Pro had the hardware cuda support activated. Just for testing i exported the little 3 min 4K drone video and PRemiere Pro took a much as 3.9 GB of the GPU memory. Adn the performance gain was tremendous, it took only 5:10 min. to render the video, 2 1/2 minutes faster just because of the grpahic card upgrade. But more important the system is running fast and smooth for all kinds of applications. 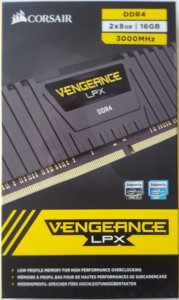 After so much new hardware i decided to do a Windows 10 clean install with a bootable USB Stick you can download right away from Microsoft. The base installation was done in about half an hour but the installation of all the application took a little of time. But its the best way after a hardware upgrade and/or the Windows system has been used for a long time.

After a complete new install of  Adobe Premiere CS6 and the other application i found myself a little disappointed because rendering the video to about 14 min ;-( Premiere CS6 is using the 16 threads available but on a very low level, thus a freshly installed Adobe Premiere Pro CS6 doens not make use of the full potential of the machine. But after a short time there was an update for Adobe Premiere and After Effects available for installation and after that i smiled again, because the video was done in less than 5 min. This very good result might be caused because meanwhile i installed 32 GB of RAM.

To answer the question from the first part of this post, the upgrade made a lot of sense, because the desktop pc is a lot faster and more important i shouldn’t bother about a new upgrade for the next 4-5 years. And i don’t regret my decision for the  AMD Ryzen 1700X .