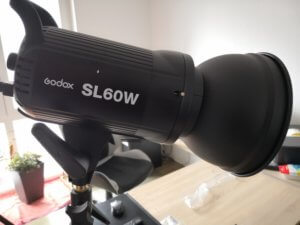 I used my Godox SL60W and the Neewer softbox for quite some time now and i didn’t have any problemsa so far. Both LEd video lights deliver  a great and powerful light and even with the softbox attached the light output is more than enough.

With the remote control you can manage the light output anywhere between 10 and 100% and since you can add different lights to a different channel you can rule a couple of lights without interfering one another.

Now on Youtube and on other places you find hints and reviews which state the Godox SL60W is having some problems and in some rare cases the reviewers advice not to buy this LED lights.

After the first LED light was delivered not in order i wanted to check this out and did a little video on this: 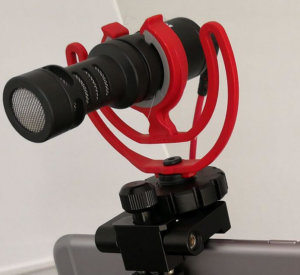 The LED lights have a fan installed and of course there is some sound noticable in particular if you run the lights for a longer time or at a higher output. Some reviews state that this fan “noise” will disturb your audio recording and there is one video online with a howto to substitute the fan.

I tried to record the noise from the fans but therefor i had to place the microfone right next to the light. But with this i would have a noise recording which isn’t good for any practical use. In my room the lights a placed in a distance to the camera/mic of arround 1-1.2m and the Rode VideoMic points too me of course.

With this setup i had no interference with audio recording and in a worst case i could switch to Lavalier microfon to avoid this. 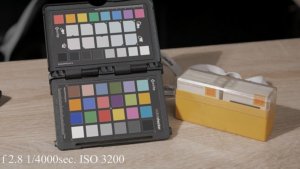 The second problem is the light itsself. It is said that some units of the Godox SL60W don’t put out a steady light, so that you will occure flickering if you use shorter shutter speeds. First of all at home or in a studio you’ll probably never too much light. Video recording with the iPhone 6s with its base ISO of 25 only there is no problem with shorter shutter speeds. And even with the Lumix G81 with its base ISO of 200 in manual mode which is 4 times as much i can reduce the ouput on the Godox video lights. But anyway i tried this out and tried out all shutter speeds down to the shortest shutter speed of 1/8000sec there was no problem. But video recording with this extreme settings caused other problems because i had to go up with the ISO setting to 6.400 and probably nobody would do this in practise.

So i can state that both of my units are not affected for the described problems. But maybe you experienced some issue and returned the unit. Let me know in the comments below.