I’m using the combibnation of PTGui and Pano2VR  to stitch panorama images for quite a long time now, both for single/multiple row and sphere panoramas. With the introduction of Pano2VR 5.0 it was time to check the latest versions of this combinbation 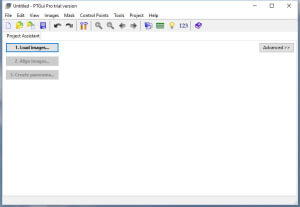 Getting into PTGui started with using  Hugin in the beginning with single row panorams. I bought a panoramic head and started with sphere panoramas.

My workflow starts with stitching the panorama in PTGui. The tripod is removed using the viewpoint correction in PTGui Pro and a additional nadir shot. Sometimes i use the patch tool in Pano2VR to vanish the tripod. The final panorama is exported for web with  Pano2VR and uploaded to my webspace.

PTGui is available in a regular and pro version and for Windows Mac OS systems. The regular version is sold for 80,– € while the Pro version, which includes the necessary viewpoint correction and the ability to stitch HDR panoramas, sells for 149,– €, which is not cheap. The differences between the two version are listed here . A test version is available.

PTGui promotes a tremendous increase in stitching speed by using the GPU on their website. They claim an up to 7 times faster stitching depending on the panorama. At first sight this sounds like a lot of advertisement and if you experienced the introduction for GPU support in Lightroom 6 you probably reduce your expectations.

While the changes in the GUI are barely noticeable, changes in the stitcher with the support of the GPU are indeed massive. I did a comparism with my notebook which is equipped with a NVidia GT650 and 4 GB VRAM. I did a sphere panorama with 16 base images and a multiple row panorama consisting of almost 170 base images. I measured the time to generate a preview and the final panorama. For the sphere panorama PTGui 9 neeeded 28 sec. and PTGui 10 22 sec.  But for the final result PTGui 9 needed 2:10 min. and PTGui 10 25 sec. only. I couldn’t believe this result and did the comparism a couple of times, but results where within a range of 1-2 sec. due to stopping the time by hand. For the multiple panorama PTGui 9 needed 5:27 min and PTGui 10 2:07 min. That is not that big difference, probably due to the fact that my notebook offers 8 GB RAM only.

But the difference in speed comparing PTGui 9 and PTGui 10 is enormous, and now you probably wish that Lightroom 6 did get the same performance gain by introducing GPU support.

According to the manufacturer the HDR function was improved too. Looking at the enfuse method there are no differences: 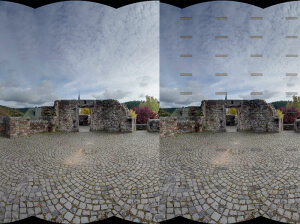 But tonemapping a panorama with default settings turns out in a much more pleasing and natural image. 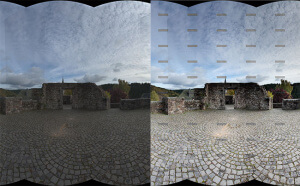 PTGui 10 comes with its own, standalone viewer for spherical panoramas. I beleive that if you are doing panoramas seriously you problay solved this problem or upload the resulting files to your webspace to check out the images.

Concerning the massive security issue arround Adobe flash it would have been nice to have an option in the dialog not to generate a flash file. At least you can delete it and HTML5 only is used.

Mainly because of the very successful support of the GPU and the improvements in HDR updating to version 10 makes sense, but it also has a pretty good price tag.