Panorama Studio Software attracted my attention via a forum post because of the very price compared to the competitors.

Panorama Studio Software offers two versions, a normal and a Pro version. The regular version sells for 34,95 € and the Pro version is sold for 69,90 €. They offer a testversion which can downloaded but this adds watermarks to the final images. The differences between both versions are described here. 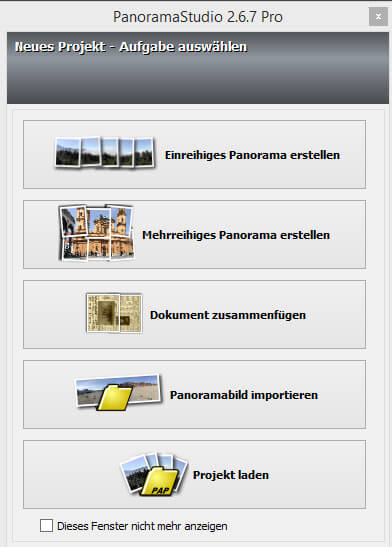 I downloaded the Pro version 3.0.1 as a trial version.

First of all the easy task stitching a single row panorama where the base images were captured handheld at a medium focal length so there are no disturbing objects very close to the camera. which lead into stitching errors.

I used base images taken with my Lumix camera and were stitched without any problems with PTGui or Lightroom 6. 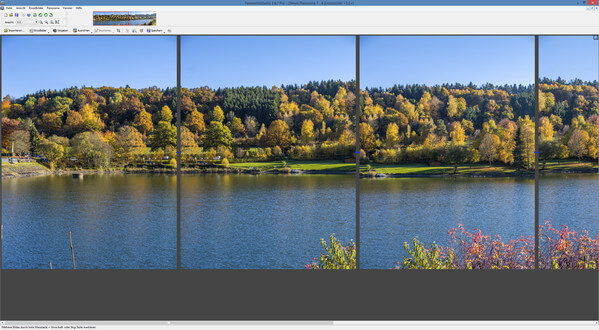 Even though i told the program in the preferences to Exif data i got the the following warning after starting “Align”. After the the stitching process is done you’ll get the following result: 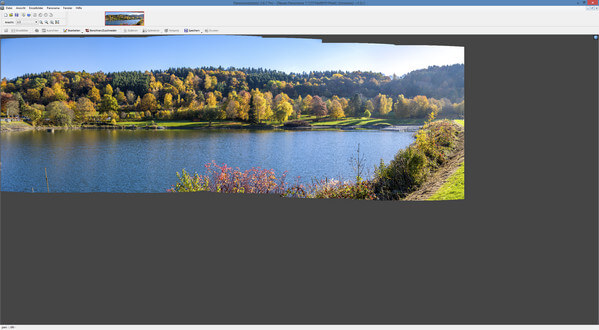 But there is a lot of unused space on the right side of the screen and there is no button to adjust the width of the image according to screen resolution. But stitching and cropping the image automatically work very good and pretty fast.

But now we’ll try out to stitch a sphere panorama. The base images were taken with the Canon 16-35/4.0 L IS at 16mm focal length. If you recognize the image, its the one i used to setup the Nodal Ninja 5 head with this lens. Here we get the next warning, the application can’t handle the 17th base image which was taken to remove the tripod via view point correction in PTGui.

And here is the preview result: 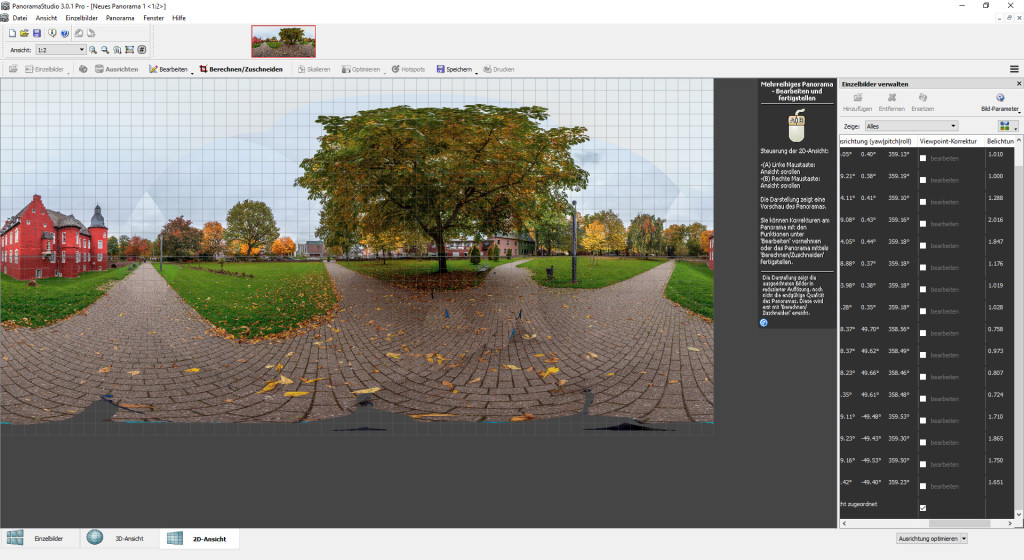 This result is quite ok, the tripod is still there but we’ll take care of this later.

Now we activate the viewpoint correction for the 17th image. After that we’ll set control points with fitting images, the more control points you’ll set the better the final results gets. 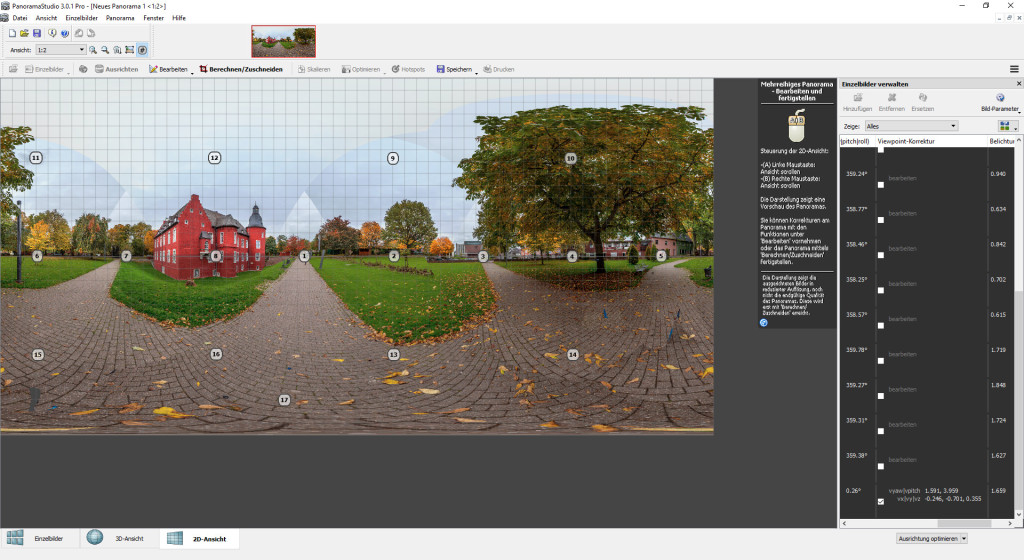 The final result looks pretty much ok (ok there are some errors but you can add control points manually):

But the final result works out pretty good, so it’s seems to be a problem with the preview. On the other hand i’ll have to state that the automatic stitching process results in images fitting a little bit better compared to PTGui.

As posted a couple of time i like to do sphere panoramas with the Tokina 10-17mm at 12mm focal length, where only 4 images are needed for full sphere.

This works out good with  Panorama Studio.

But Panorama Studio has another feature even in non-pro version. It can built your panoramas for your web output in HTML5 and you can add hotspots which allows a virtual tour through different panoramas. But for this purpose you take sphere panoaramas normally, and your audience could walk thru a whole scene.

If you’ll take the pro version you can get rid of the tripod with an additional nadir shot and the viewpoint correction. For this Panaorma Studio is a real alternative to it’s counterpart PTGui which is 100,– € more expensive.

What do think about Panorama Studio, do you use it? I’m looking forward to your comments and/or questions