Capturing video clips for your own Youtube channel one don’t necessarily need a DSLR or a sytem camera, maybe your iPhone is a good start to begin with.

My main camera for video recording for my  Youtube channel is of cours the Lumix G81, but i already did a couple of video with my smartphone. I started withe the iPhone 6s and with this as a minimum requirement you just need the app FilmicPro.  And it might be convinient to add another app that is FilmicRemote.

If you own a newer iPhone there is lot more flexibility because of built-in lenses.

The app FilmicPro is available both for iOS and Android. But according to my experiences should be careful about using this app an a Android smartphone,because sometimes not all available functions are supported.

I did a little video for both FilmicPro and FilmicRemote:

While the camera app on an iOS system is prety limited you’ll get full manual control with the app FilmicPro, like seperate focaus and exposure control.

But this is not all, in addition the app allows to choose a framerate according to the capabilites of your smartphone, full manual control for the white balance and to control an external microphone.

The app supports different resolutions and bitrates up to 100MBit/sec for storing the recorded clips. And you can do timelapse videos with intervalls between 1 sec and 1 minute and videos in other aspect ration than 16:9. At at last the app supports the Osmo Mibile Gimbal in all versions. 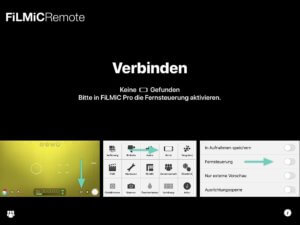 In particular for Youtube videos i.e filming yourself you still want to have fully control about the frame and other parameters of the video clip. for this purpose the app FilmicRemote comes in handy for remotely controling the FlimicPro app on another devices.

so far this app is available only for iOS devices either wanother smartphone, a tablet or even the Apple watch is supposed to work. I use my iPad Air for this. An Android version is on its way according to some rumers.

As soon as a connection is established you can control your snartphone and the FilmicPro app like the cell phone is in your hands. 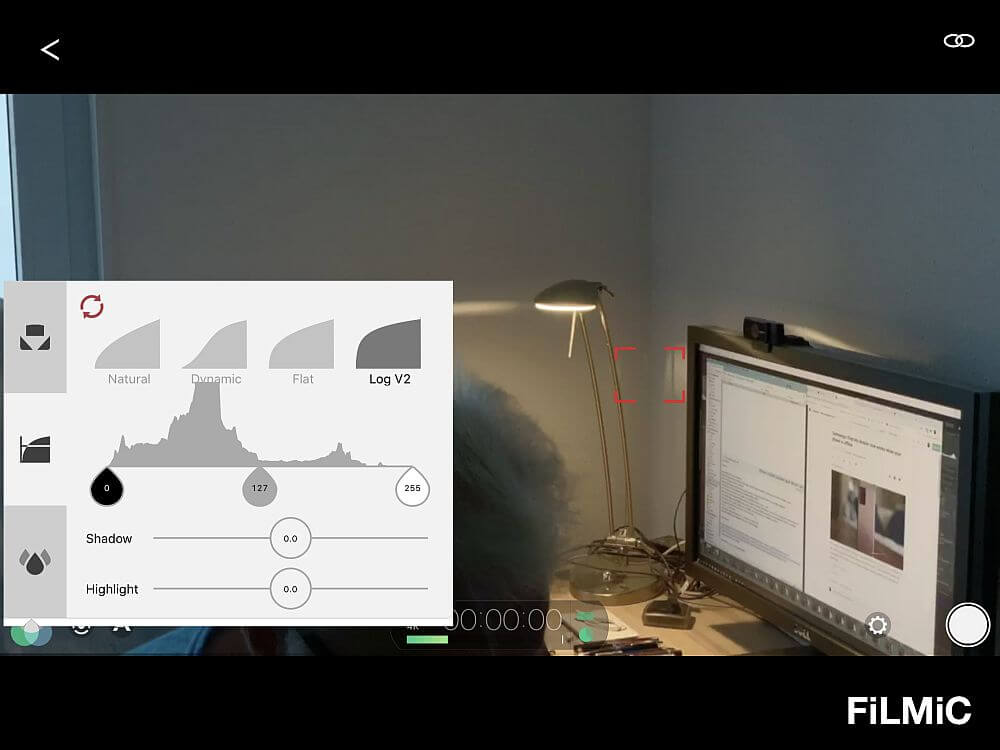 Every setting, like exposure, focus, white balance or changeing the lens can be done with the remote app.

It would be wonderful to get such a great app free of charge, but FilmicPro costs arround 17,– € and the remote app costs arround 11,– €. If you want to record your videos in a flat profile you have to get the  Cinematographers Kit which is again 11,– € . But those 40,– € are worth it in my opinion compared to a camera and probably additionla lenses.

Besides the costs for the apps i have to state that because of the small sensor in a smartphone depth-of-field is quite enourmous. If you need a shallow depth of field you rather should go for a system camera, maybe even full frame.

And using the V-Log option will limit you in terms of the maximum possible framerates. Filming then is limited to 4k and 30fps and in 1080p the limit is 60fps. If you want or need more you have to get a systemcamera like the Lumix G9 or even the GH5.

As an entry or for shooting B-roll clips an iPhone in combination woth the FilmicPro app is able to record high-quality videoclips. and this cimbination is cheaper than a systemcamera and lenses.