In the last couple of years i owned some tablets and now after a longer period without a tablet it now was time. 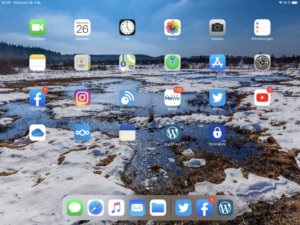 The tablets i owned so far, like the Nexus, Samsung or the Huawei were all Android tablets. With my iPhone Xs i experienced that the integration of the calendar or contact list from my Nextcloud installation worked without installing another app so i decided to get myself an Apple iPad Air 2019. The main reason was that of the apps for photography or video are either not available for Android systems or you’re not sure they work correctly after the next system update.

Of course i would have preferred an iPad Pro but for this device the difference in price just wa too big. An USB-C connector has advantages compared to the Lightning connector on the iPad Air but i was not ready to pay at least 300,– € more an iPad Pro. The iPad Air is a very nice and elegant tablet with a comfortable size to view/judge photos and videos.

Setting up the device is an ease and i you already have an iPhone the setup can be synced between the iPhone and the iPad which makes it even more easier. werden. 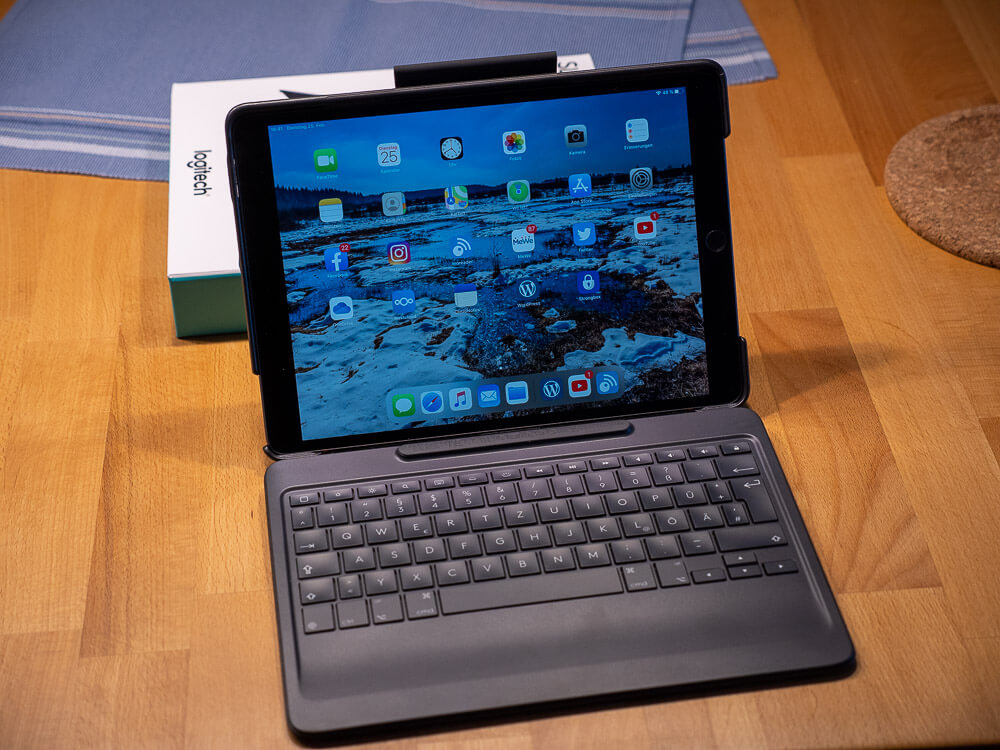 The keyboard functions a safety cover but the combination is thicker compared to the original Apple keyboard. And even though the pencil is from the same company it does not fit in the mount, this is too tight and probably for the original pencil.

The operating system now is seperated from the OS for the smartphones and mad some changes. Now the files app can access other cloud services or network shares. 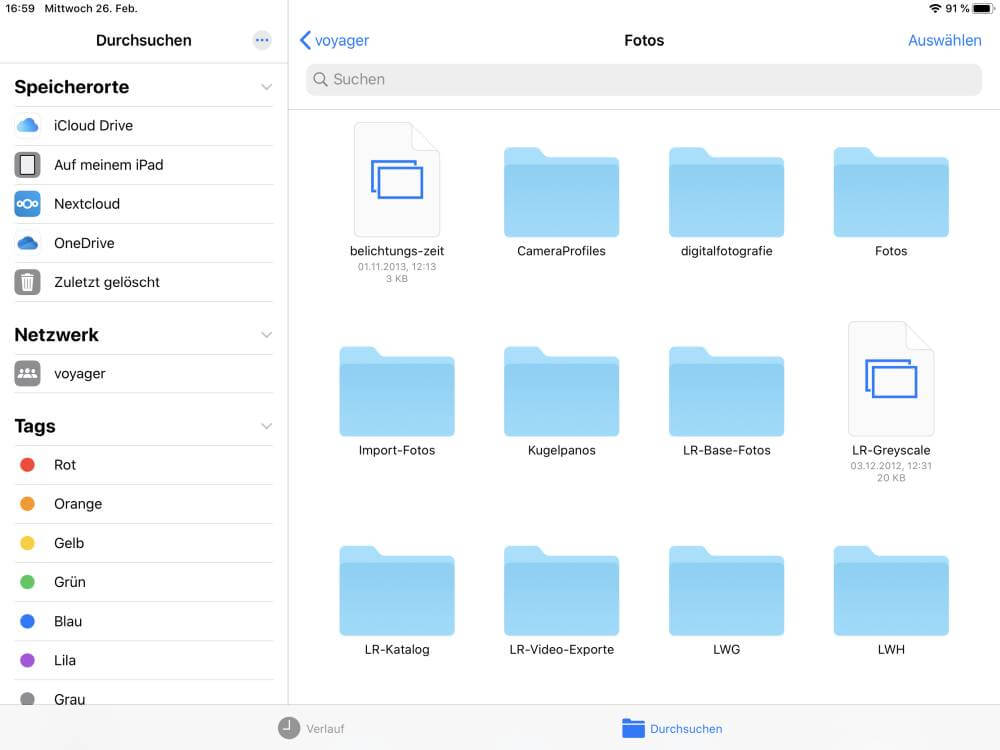 This makes handling of files a lot easier and now we can start an app a second time. 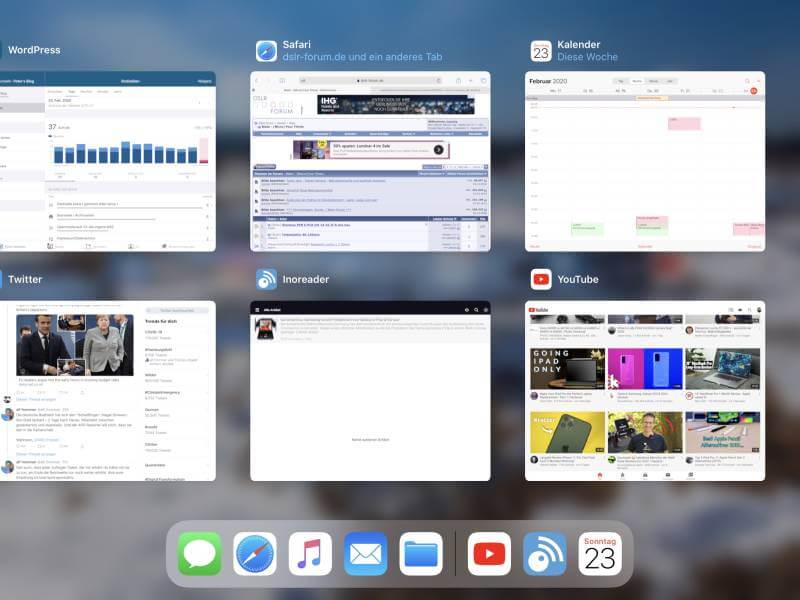 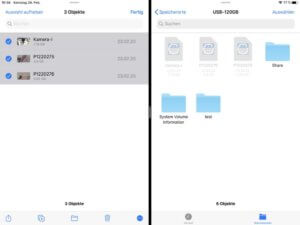 Finally Apple made it with version 13 of their operating system to external drives, like USB sticks or hard drives. The iPad Air comes with a Lightning connector and therefor you need the Apple Lightning to USB 3 adapter. And don’t get a third party device because they might not work.

The adapter provides a USB connector and a Lightning plug which is sused to provide power to the system. Otherwise even a USB stick will fail not to talk about an external hard drive.

If you want to copy your images from your memory card right away to an external drive as a backup you need a USB Hub. I got myself this one, which also supplies power to the connected devices. 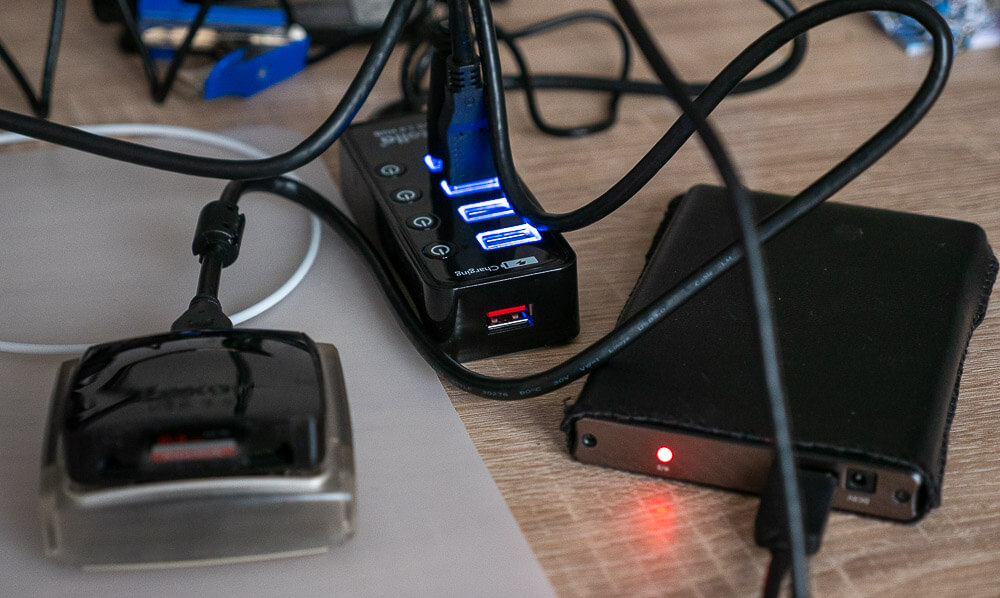 Just for testting a copied files to a 64 GB Sandisk SD card to copy those with the iPad to an external SSD drive. And here are the results:

As you see copying via USB on the iPad is sort of a puzzle. The more universal Rav-Power Filehub is faster in most cases. But i can’t explain the big difference between copying a large number of files or just 3 bigger video clips. 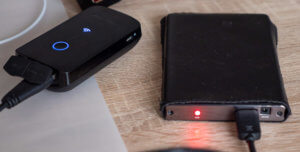 The Lightning connector seems to be the problem because the SSD i used for the test reaches a write speed of arround 170-180 MB/sec when connected to a Windows 10 PC.

The Lightning connection is the main problem when handling files and external drives. But i probably don’t use this option that much so i did not spend the additional 300,– for a iPad Pro with a USB-C type connection.

But the iPad Air has enough CPU power to pre-edit images or even edit 4K video clips, which i can state after playing arround with iMovie.