The capabilites of modern smartphones are increasing from generation to generation and you can achieve a lot even in photography and/or video with those small devices.

Since i owned an  iPhone 6s i use the app FilmicPro both for videos and timelapse capturing. The app offers full manual control both for focus, expsoure and white balance and even implmented a VLOG mode. Both the app and the Vlog mode you have to pay for but too me its worth it because of the quality you’ll get out of a video clip. The app supports 4k and records those clips with a 100MBit/sec and even better with the iPhone Xs with 130MBit/sec.

Now the people at Filmic released a new app which expand the video capabilities even more. Its the app DoubleTake which allows to record from 2 different cameras at the same time.

I did a video on this app:

Selecting your cameras you have the choice between the wideangle and the tele camera and the selfie front camera. The unselected camera is represented in b/w. Here in this screenshot you also recognize the setting for the framerate. Thsi selection is restricted between 24-30fps and the video recording can only be done in 1080p.

After selecting the two cameras you can select between 3 recording mods. Here we have the split mode, which also works in landscape format.

In addition there a  PiP mode, which allows to move the PiP window in another position or even remove it from the screen.

In both of this mods there one video clip recorded which contains both images. Both mods can be used for interviews or vlogging for example.

The third mode is called “Descrete”  mode which uses 2 cameras in a representaion like in PiP mode. You can switch either camera to full screen and vice versa. So for example you can use the wideangle and the telephoto lens. But the most stunning feature in this mode is that the app will record two seperated video clips for camera a and camera b.

This function shows all recorded video clips and allows the export the “photos” folder. 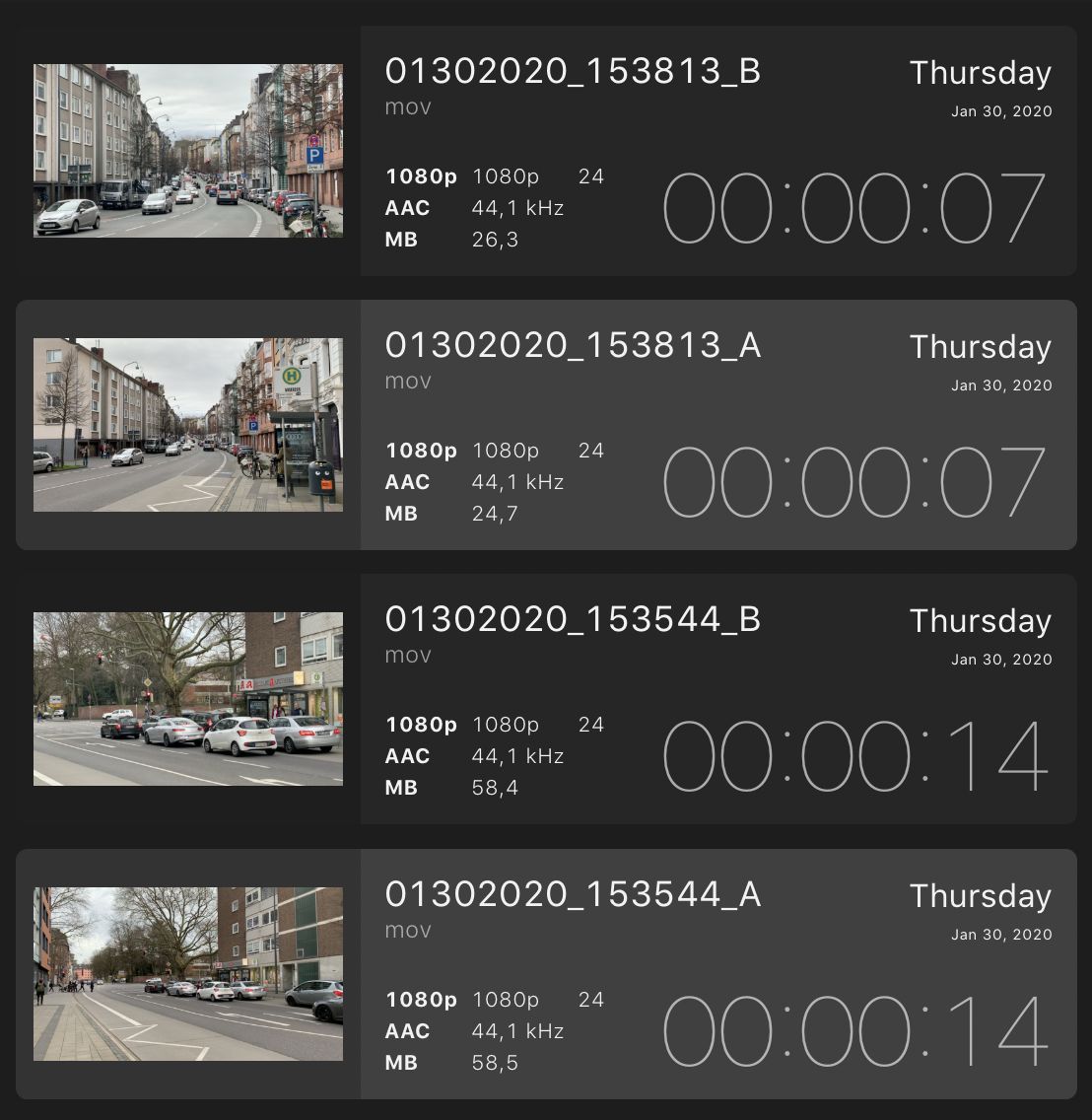 The  DoubleTake App is a wonderful extension for the video capabilites of your iPhone. The app is free of charge but restircted to iPhones and to record in 1080p. I’m curios about the further development. I could imagine 4K recording and for the selfie camera 1080p in PiP mode.