For a long time I had the desire to bring in a little more movement in my video recordings but also in the timelapse sequences. And that’s why I was looking for a slider.

The search for the right slider turned out to be a bit more difficult, because you find a relatively large product range. You can find everything from expensive models from Edelkrone to manual sliders from different manufacturers.

And then there are the various lengths, from quite short (approx. 40 cm) to sliders with 1.2 m and sometimes even longer rails.

I did not want a manual slider, because I would have lacked the reproducibility and also the option for timelapse shots. So that the part can still be taken along, it should not be too long, but also not too short, so that a movement is still visible. Therefore, the compromise length was 80cm and it finally became the Neew Slider VS80WC, which was then also price against an almost equally equipped model of GVM prevail.

I have recorded a video about this:

The slider is as said 80cm long. The slider is mounted on a rod, which can be moved. This triggers a pan or tracking mode. In Pan Mode it swivels outwards and can therefore hold about 120°. In Tracking Mode, the camera ideally remains aligned to an object/subject over the entire route.

The slider is also equipped so that you can start immediately. Beside the bag you get the actual slider, a ball head which is sufficient for most purposes. Then there are plenty of release cables, 2 batteries, a charger and the remote control. 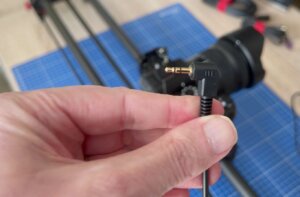 With the Neewer Slider comes a lot of release cables for different cameras, e.g. to release timelapse shots from the slider.

And if you now try to trigger timelapse shots with the Lumix S5 using the included cable, you will be disappointed. With each stop, not a single shot but a short video clip is triggered.

This incompatibility was confirmed by Neewer in an email and in the meantime I got a cable from JJC that also works. 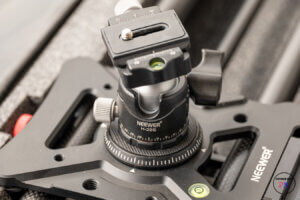 The ball head is simpler, but also adequate for the Lumix S5. The head even comes with an Arca-Swiss compatible plate. Of course, you can mount your own ball or video head on the sled. As long as you don’t have to mount any really big weights or at a particular angle, though, the head should be sufficient.

And since there is also a corresponding compartment in the bag, you always have the smaller head with you. 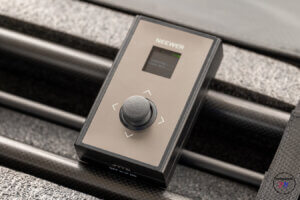 The remote is also powered by Sony NP-F compatible batteries, a not unimportant little detail. This means that both the slider and the remote control use the same type of battery.

The Slider can be placed on a flat floor. In addition, there are enough 1/4″ and 3/8″ threads in the middle and at both ends of the slider to mount the slider on a tripod. 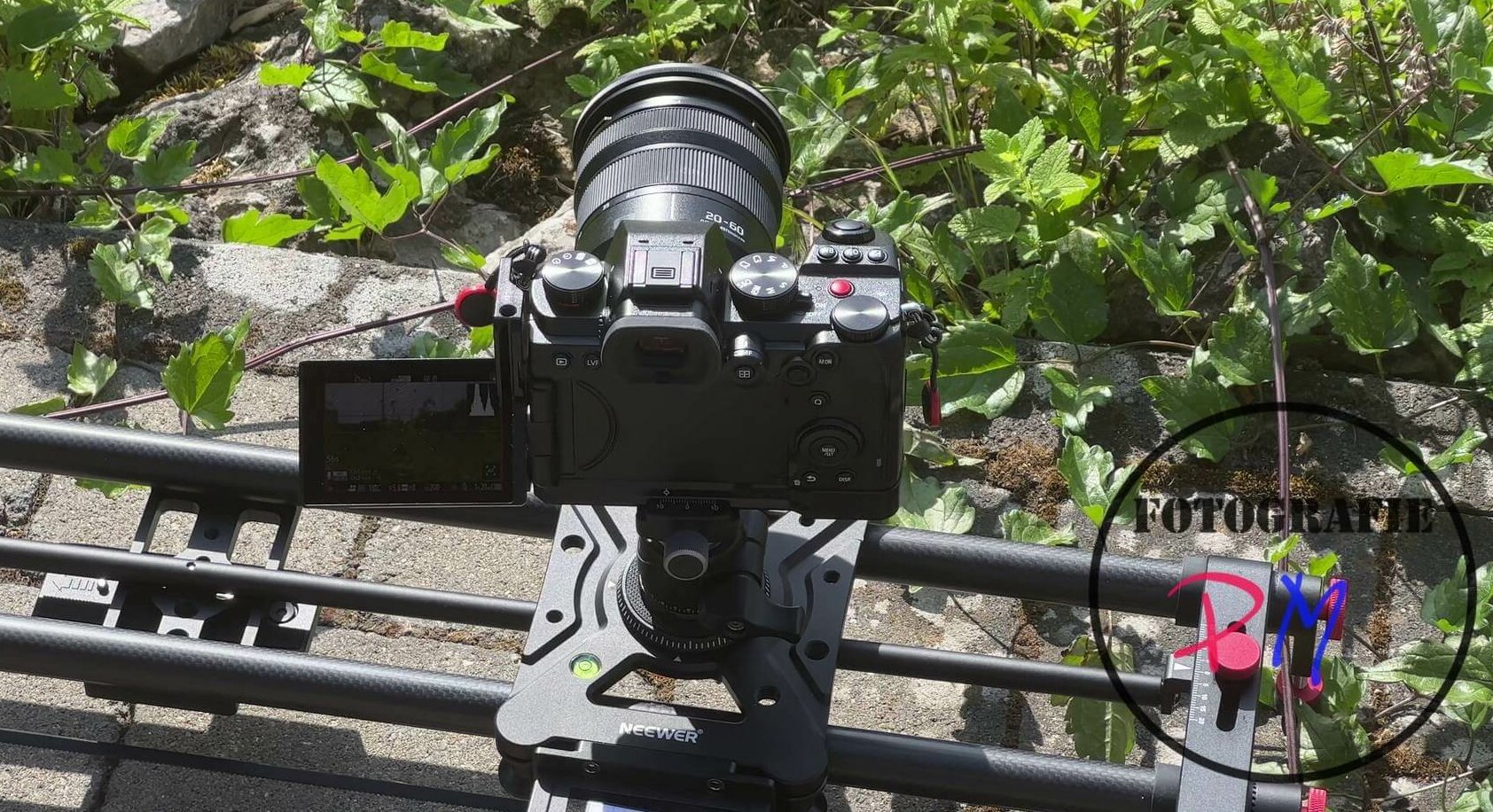 When using the slider on a tripod, you should be aware that the weight of the slider motor with battery, camera and lens will exert forces on both ends that the tripod cannot hold. In this case it is better to operate the slider with 2 tripods. 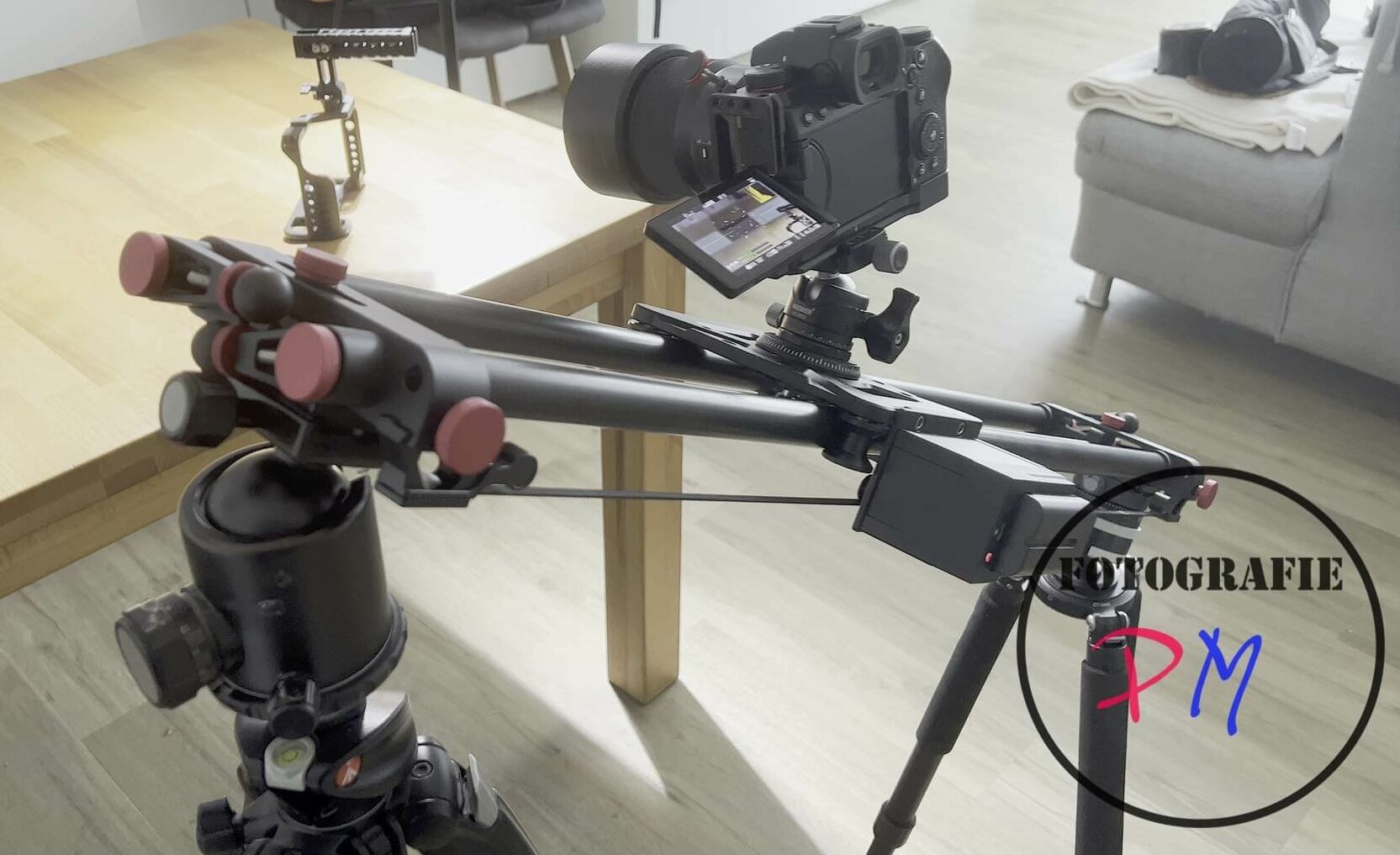 In the first attempts for timelapse recordings, both camera and slider battery were empty with a recording interval of 2 minutes shortly before the end of the ride. Fortunately, both can also be powered from a PowerBank via a USB-C port. 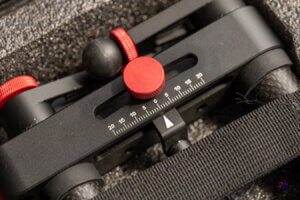 I think the Neewer Slider is a success, and with its 80cm length, I think it’s a good compromise between length and portability. Den in any case, a slider is an accessory that is planned and not randomly used.

Processing and accessories and a bag, in which in contrast to the previous models, really everything can be transported, show the improvements that Neewer has made.

What do you think about such a slider? Useful accessory for video or rather a bit overkill? I am curious about your comments.