The need arose for another staitv, but one that would be primarily a video tripod and complement my Manfrotto 055XPROB. 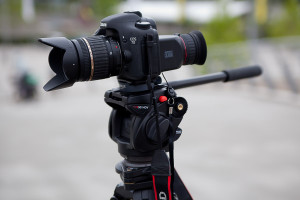 Besides the Manfrotto 055 XPROB I also own the Feisol 3442 with the Arca Swiss p0 head. The latter is a compact travel tripod that is mainly used on the road and on vacation. In addition, there is a Berlebach mini tripod that has served me well, especially for close-up and macro photography.

A long time ago I had a 501HDV video head to my Manfrotto and now with the increasing video share the need arose again to own a video head or even a video tripod. Because panning is very difficult with a ball head.

The research resulted in the Cayer BV30L, which is sold via Amazon and where the whole tripod including the head with 170, – € is cheaper than at that time the 501HDV video head alone. But what should you expect from such a tripod. 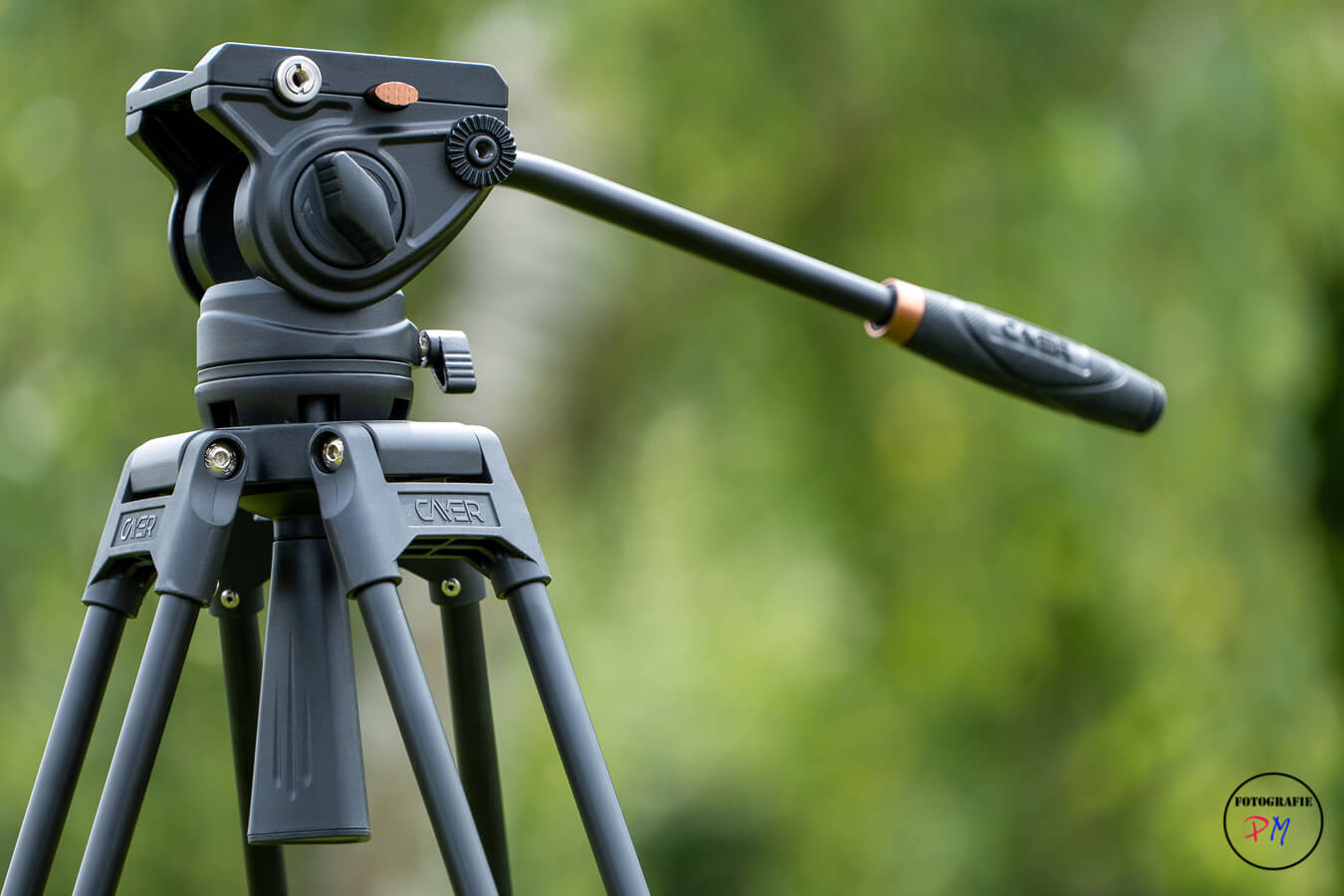 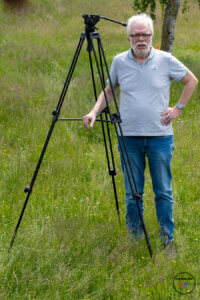 The head is also still mounted in a shell, which you can swivel and tilt to compensate for any uneven ground.

The tripod weighs just under 4 KG and has a height of 1.85m. This allows me to stand next to the tripod and would have problems without aids with a top-mounted Kamwera to look through the viewfinder.

The minimum height of just under 85cm is also quite high, but I have not yet missed lower heights, at least for video.

The height or better the legs can be extended in 3 segment, whereby with the extension of 2 elements a very comfortable working height is achieved for me. 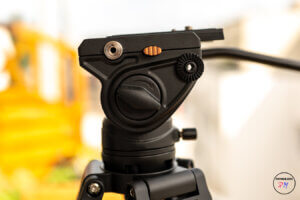 The head works with the standard QR interchangeable plates and there are even 2 plates included. These have the standard safety device.

The swivel arm can be attached to both sides, of course, as with the prototype. In addition, the position can be freely selected, so that the swivel arm is normally never in the way.

The head has on the left side a 3/8″ bw. 1/4 ” thread, to which then further accessories, e.g. an external monitor can be attached. 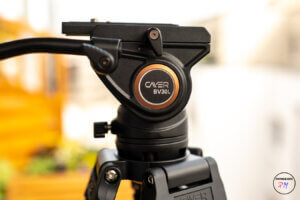 The head and its settings for vertical and horizontal pans are not as fine as, for example, the Manfrotto head. Still, it allows for smooth pans, at least for my standards, who only does video as a hobby.

In any case, the recordings do not show any jerking, which would indicate inferior quality. However, it remains to be seen how long the head and of course the tripod are in total.

With my Lumix S5 and even with the 70-300mm there are no problems. Mesitens, however, I have a fixed focal length on the camera or even the kit lens. 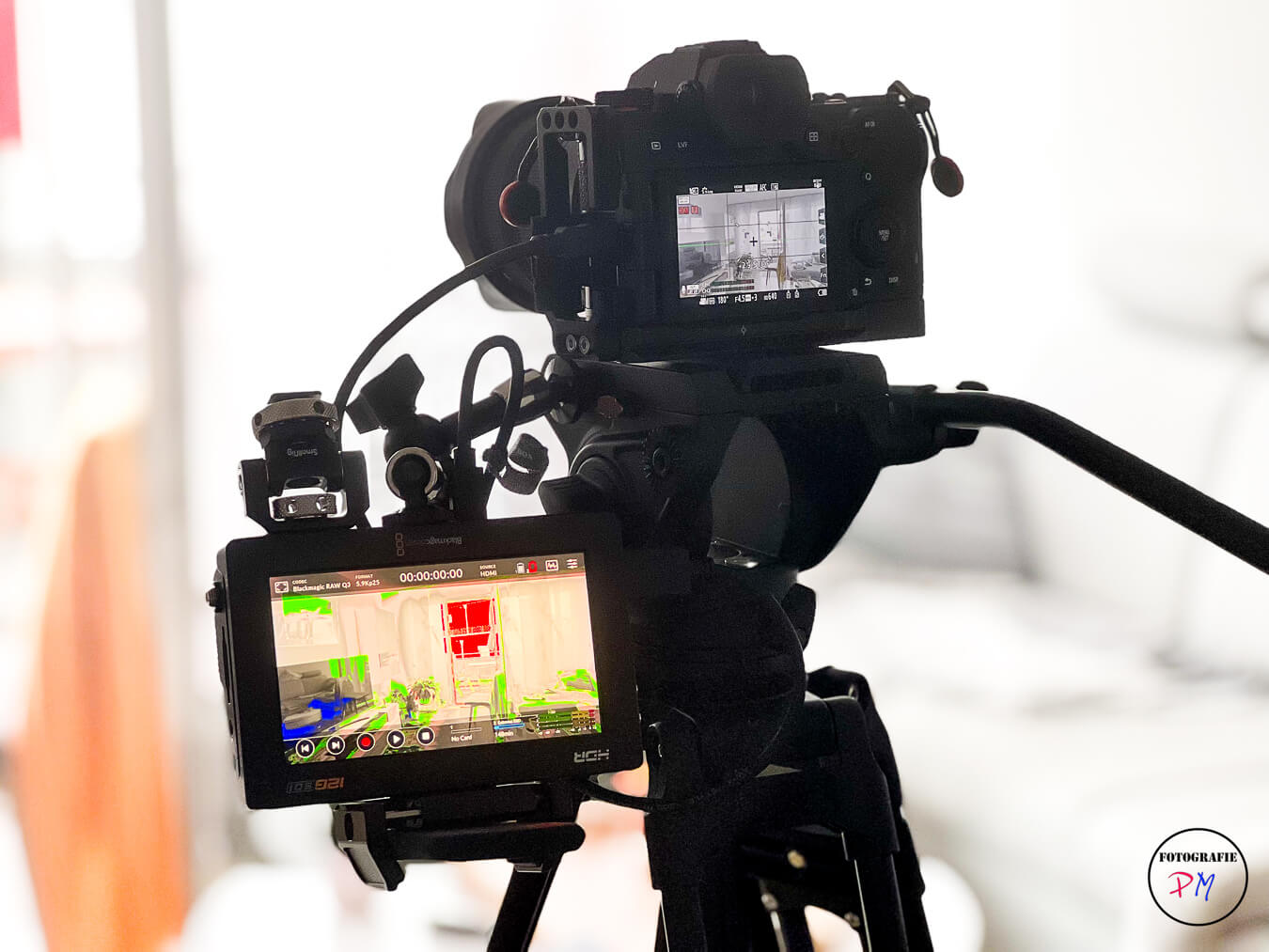 However, the load capacity is so high that I can pack the Neewer slider on the tripod and the tripod or the head holds, even if the camera is at the extreme end of the slider. The adjustable horizon in the camera display then just turns yellow and according to Lumix this means a deviation of 1°. 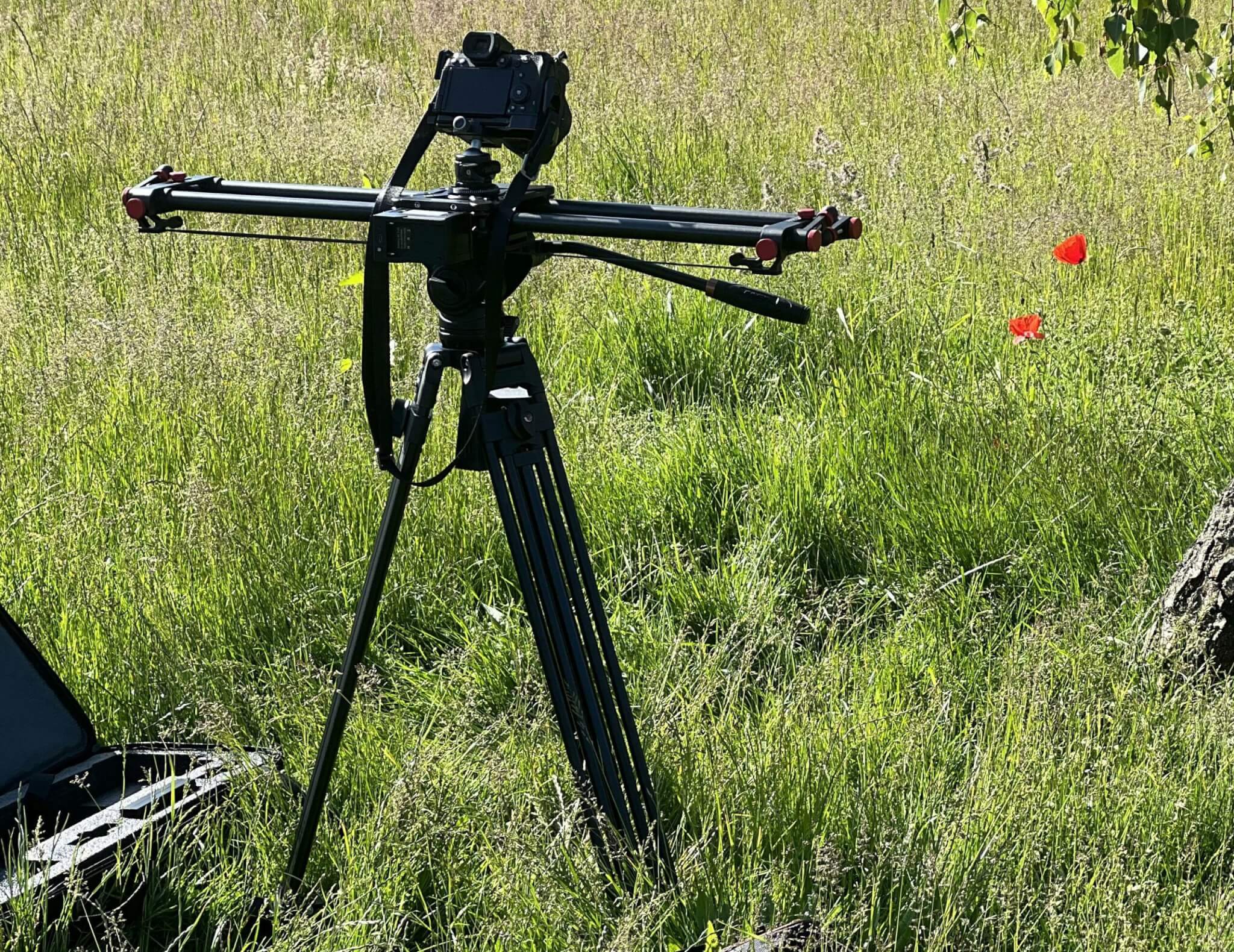 I am satisfied with the Cayer Bv30L so far. Of course, due to the weight and size, it is more of a tripod for planned shots. But the manufacturer has also paid attention to little things. For example, the handle of the carrying bag is offset from the center to compensate for the greater weight of the head and still make it comfortable to carry.