Although I already own several tripods, I was looking for a simple, inexpensive tripod to be able to film a different angle with another camera from time to time, especially when shooting video. 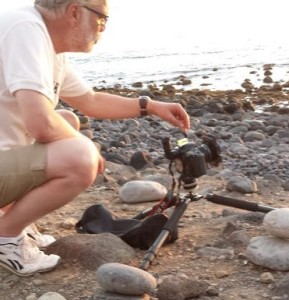 Besides the Manfrotto X055Prob I also own Feisol 3442 with the Arca Swiss head p0. Head. The latter is a travel tripod especially with its small packing size of 48cm, but it has never let me down over the years.

Of course, such a compact tripod is always a compromise between size and load capacity. With the load capacity you should trust the manufacturer’s specifications max. to 50%.

Now the desire arose to buy another tripod especially for video recordings for my YouTube channel, so that recordings from a different angle are possible.

The tripod should be as compact and small as the Feisol tripod because of the transport. Regarding the load capacity, the requirements are not high, because here mainly the Lumix GX80 with the kit lens or the 25mm/1.7 would have been used. So no heavyweight.

The choice on the K&F Concept TC2534, a carbon tripod with virtually the same pack size as the Feisol. The load capacity is specified with 10Kg, but I would have had in no case necessary. And as I said, the manufacturer’s specifications are sometimes to be taken with a grain of salt, even with renowned manufacturers. 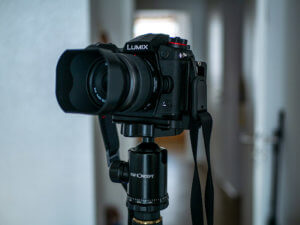 The tripod also offers a few interesting features. One leg can be unscrewed and used as a monopod. Or the center column can be turned around for ground-level shots and there was even a short center piece for the center column as an alternative.

It goes without saying that you should not use the center column as a rule for stability reasons.

The tripod is currently offered including a quite good carrying bag for around 115, – €. It goes without saying that you can’t expect the same quality at this price as with my Feisol 3442, for example, which cost more than 3 times as much without the head. But here the requirements were lower and the intended use was different. 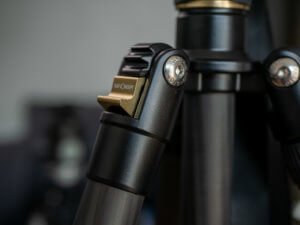 The approach to supply another centerpiece to replace the center column is very positive. However, the centerpiece would then also have to fit. Unfortunately, it did not with me. Maybe there is a trick, but even the quick start guide doesn’t say anything about it.

The mechanism to regulate the folding of the tripod or engage them and quite rickety. It leads to the fact that a folding down is partly not possible at all.  The legs and their joints were very tight when the tripod was delivered. 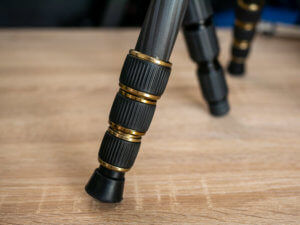 The biggest problem, however, was that one leg extension could not be pushed back. Even with gentle force, the leg segment remained extended. And it was all because an internal plastic ring had probably broken.

And that already after not even 24 hours.  I would have expected a bit more longevity here, even due to the lower price.

While some approaches to the equipment are commendable, the quality is unfortunately to be described as poor. In this respect, I can’t even recommend this tripod as a budget tripod for beginners.

It remains to be seen whether the service is also poor, because an email to service@kenfaith.com could not be sent due to errors on the receiving end. But I finally found a contact person, but unfortunately the communication was long and difficult. But at least I got my money back after more than 1 month