Mobile devices with the Android operating system are small little engineering marvels, which get more and more room in our networked world. But sometimes you run into problems which are not comprehensible.

I already mentioned a couple of problems in my blog post “Problems with Android apps” and today lets talk about other annoyances. 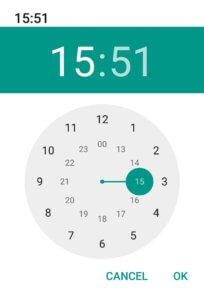 I use the WordPress app to prepare blog posts and keep somes for the next articles and the Buffer App, to prepare posts in social media. I use buffer to post hints and images to my blog posts on Facebook, Twitter and Google+ at certain times.

Trying to schedule such a post both apps will crash on my tablet as soon as start to input a posting time. The tablet is running Android 5 so far . For blog posts i used a work arround to alter the publushing date and time later on in the browser. With the buffer app i do the same, means my regular posts on 6:30 pm are scheduled in the chrome browser.  On my mobile phone, which is running Android 6 the problem seems to be not there, but on this device the keyboard is far to small for me to write an article.

But with the upgrade to Android 6 the problem vanished on my Galaxy Tab S.

Buffer is a service to organize your posts in different social media. In the free version buffer allows up to 3 accounts and a maximum of 10 posts/day. The versions with costs allow more accounts and a lot more posts per day.

I used the free version and of course i schedule 10 posts per day. I the text to be posted contains an url buffer let you choose to take a picture from the url to be posted with your text. Preparing such a post with my mobile phone trying to selecta photo from an url buffer only offers a link to the version with cost. I have to cancel this operation and try to select a photo again. The same app on my tablet doesn’t show such an annoying behaviour.

But buffer has another problem with uploading images. Trying to upload an image leads into some error messages about having problems with the upload file. So i have to repeat this operation and at least most of the times it works with the second try. 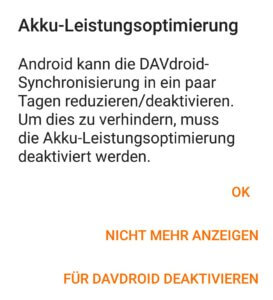 I’m using an ownCloud installation for quite some time now to synchronize my contacs and schedules with my desktop pc, my tablet and the mobile phone. This works out pretty good but a couple of days ago i realized that for some schedules, which were done on the tbalet my smartphone didn’t give me a notice.

The calendar app didn’t list the schedules so there was no synch done. Executing DavDroid manually i got the hint thta because of the energy savings setting is responsible for this malfunction. This setting forces apps in a sleep modus to save battery power. In principle this is a good behaviour but why didn’t DavDroid wake up and synch when i used the mobile phone to check emails or facebook which needs a network connection?

The upgrade to Android 6 took quite a long time for Samsung S6 and today we’re already talking about android 7 aka Nougat. For the Samsung S6 it took more than 5 months after the official release. For my Galaxy Tab S the latest news were there will be an upgrade available end of august beginning of september. Meanwhile there was a rumor in the netherlands from Samsung stateing that there will be no Android 6 available for this tablet.. This is more than annoying and of course influences the decision for my next tablet.

But meanwhile Samsung made a upgrade available a couple of days ago, but it took Samsung 10 month to do this which is not acceptable.

Smartphones/Tablets are wunderful devices and tablets can substitute notebooks for some  application, but there still a couple of annoyances, which aren’t necessary at all.