According to Murphy’s Law, battery-powered devices have the habit of needing to be charged when they are not needed. Even if this means you can’t avoid it, the right chargers will help. 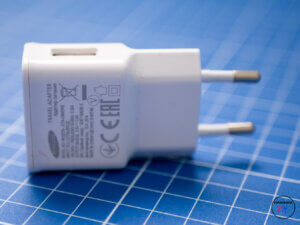 In the past, it was common for smartphones and laptops to be able to replace the battery in an emergency. These days are long gone and almost all devices, whether tablet, smartphone or laptop, have permanently installed batteries. This makes the devices thinner, but if the battery has been charged many times, the capacity decreases. Therefore, despite statements to the contrary, you should avoid deep discharging the battery in any case. But also the opposite, that excessive charging, e.g. to leave the charger constantly connected.

But it was also common that you got a charging plug for each device, so that a large number of cables and plugs have accumulated over time.

But with some devices the plug is missing and there is at most one cable included. For example, my Bluetooth headphones but also the DJI Osmo Mobile is such a candidate. I then charge them either via a plug as I’m sure everyone still has left or via a USB hub to my PC, which has a dedicated charging plug.

Meanwhile, there are also multiple sockets, which then also have one or more USB ports for charging. 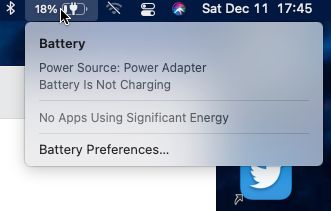 The MacBook still comes with a charger, which also works so far. However, the original charging plug needs almost 4 hours to bring the battery from 10% to 90% charge. If the MacBook Air is really used, e.g. with a connected USB-C hub and software like Da Vinci Resolve, then a message is displayed that the battery is not charged and it actually takes a very long time until the charge level increases by e.g. 10%. Depending on the load, it can take 6-8 hours before you get a 90% full battery.

And the iPhone does not even come with a charger, so that the smartphone can only be charged on a PC or a suitably equipped power outlet. 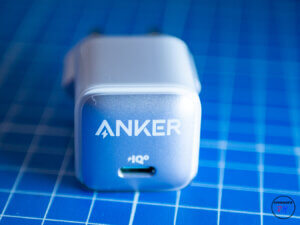 I actually know the company Anker quite well and have had good experiences with their powerbanks, for example, which allow me to operate my Lumix G81 or my Lumix G9 with the powerbank either without a battery or at least considerably longer. Of course, this is especially good for video recordings.

Apple supplies various chargers for the iPhone, such a 20W device for about 25.00 €. I have the Anker 511 PiQ charger, which is not really cheaper at 20.00 €, but sometimes there are promotions where Anker offers cheaper.

I use it to charge my iPhone 13 Pro Max or my iPad Air. The iPhone 13 is charged from 20% to 50% charge in just under 30 minutes and to 90% charge in less than 90 minutes. And this remarkable performance fits into a very small and compact device that you can really carry around. With this charging speed, I charge my iPhone or iPad to the point and neither device spends an entire night on the charger anymore. 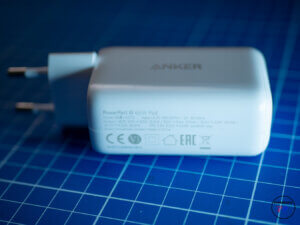 On Black Friday and due to the above-described problems with the original charger to the MacBook I have charged at the Anker Powerport III, a 65 W charger that was offered instead of 45, – for just under 30, – €. This takes the MacBook Air from 10% to just under 90% charge in less than 2 hours. The device itself is of course bigger and there is no cable included. However, both devices have USB-C ports on the device.

However, I also have the advantage that the battery indicator in the MacBook always shows that it is charging and that the MacBook is charged even under high load from software and connected devices.

Surely there are cheaper chargers, but I have little confidence in a 10, – € part from China to hang a relatively expensive device. Both chargers work fine and both I have in my backpack. But especially the small 511 device fits really everywhere and you always have a charger available.