Weekly review 06-2021 and we had a week break, so to speak. Because last week no article was published. 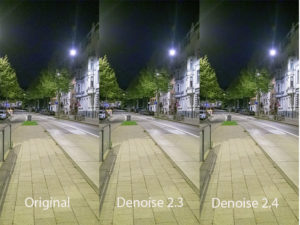 But the week before I had reported about the Topaz Denoise AI version 2.4, which was offered at that time by Topaz at a discount. But don’t worry, Topaz seems to do that more often than not. So there will be more than one opportunity to get Topaz Denoise and also other tools from the manufacturer cheaper.

Denoise AI does an excellent job of shooting at high ISO settings, although it has to be said that the Prime version of DxO Photolab is a good deal better. Version 2.4, which Topaz has now released, is free for registered users. However, the difference from the previous version is not that huge. The new version 2.4 seems to be a bit faster, especially when rendering the preview.

I recommend using Topaz Denoise as a plugin for Lightroom Classic or Photoshop CC. For Photoshop However, you have to be careful that Denoise AI does not create a layer copy. 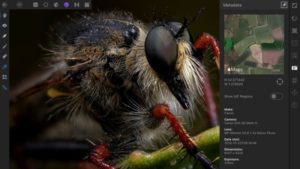 Then this week Serife released version 1.9 of Affinity Photo, the Photoshop clone, Affinity Photo is available for both Mac and Windows. Here at the moment almost all applications, that is Affinity Publisher and Designer, are offered at a special price of € 27.99. There is also a version for iPad for € 10,99.

This new version includes many bug fixes and especially accelerations due to the use of the graphics card. Affinity has also already upgraded Affinity Photo to Apple’s M1 chip, which can be found in the new Macbooks.

And finally, to then answer the question of why no article was published last Sunday or this week. That’s actually quite simple, I broke my thigh and am still limited after the hospital stay. But slowly things are getting better.

All in all again very eventful weeks. I hope you like the articles and I am looking forward to your questions and comments. And otherwise you have to say again “keep your distance” and “reduce contacts”.