After more than 3 years my smartphone Samsung S6 couldn’t be called a recent any more, but also the rechargable battery doesn’t have the capacity to make a full day. 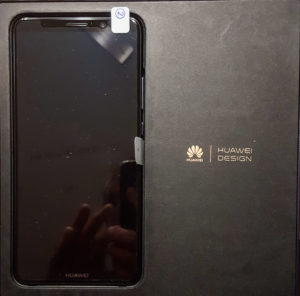 My Samsung S6 is almost 3 years old and the built-in rechargable battery reched only til 3 o’clock in the afternoon for my usage. Then it needed another charge to make until the evening. And my smartphone is limited in usage with a bug in the camera, where the stabalization unit caused the camera a lot of unsharp images.

Depending on my researches i first looked at the Huawei Mate 9 which has a good size. But the prices for a pretty old smartphone weren’t acceptable so i finally decided to a Huawei Mate 10 Pro.

The Huawei Mate 10 Pro is a 6 inch smartphone but with the new 18:9 aspect ration, which causes smartphone to get longer or stretched and the width is reduced to almost normal sizes. The display resolution is 2.160×1.080px and pretty bright. The Huawei already did the sun test 😉 but don’t expect miracles. In contrast to Huawei Mediapad the smartphone has Android 8.0 installed.

Besides the CPU the smartphone is excellent and offers 128 GB of RAM and from this memory 6GB are reserved for executing programs. You’ll notice this additonal RAM while installing apps, the downloading isn’t faster because it depends on your network but even installing large apps like the DJI Go App is done very fast.

The large amount of 128 GB RAM is bought with a disadvantage. The smartphone doesn’t have an option to install an additional memory card, but i don’t miss this option, 128 GB RAM is enough for me.  😉

I want to mention that the Huawei Mate 10 Pro is shipped with a display protection foil and a soft cover, which protects the smartphone pretty good. On the other hand the display protection is not as good as those you can buy for a couple of Euro.

According to Huawei the Mate 10 Pro comes with a powerful battery. So far i can confirm this statement because my Mate 10 Pro lasts at least two day and i even had a couple of terms where i recharged the phone at the end of the 3rd day. But there is anice feature implemented in the Huawei Mate 10 Pro which i first learned on old Blackberry smartphones. The smartphone is able to shutdown and restart at a certain time. I shutdown the phone at 11 o’clock in the evening and wake it up on 5 o’clock in the morning.

But even if the battery is empty or at least close to the fast recharging will be completed in 60-75 minutes starting from a 20% status. So the state from Huawei that after a recharge of arround 20 mintes should last for a day.

The Huawei Mate 10 Pro offers location servies of course, which can be used for recording GPS tracks with apps like GPSLogger. With this combination you have to worry about forgetting a logger like Holux M-241. I did a test with tracking a tour with both the Holux and the Huawei Mate Pro and the results assured me that there is no problem to the smartphone as a GPS logger. 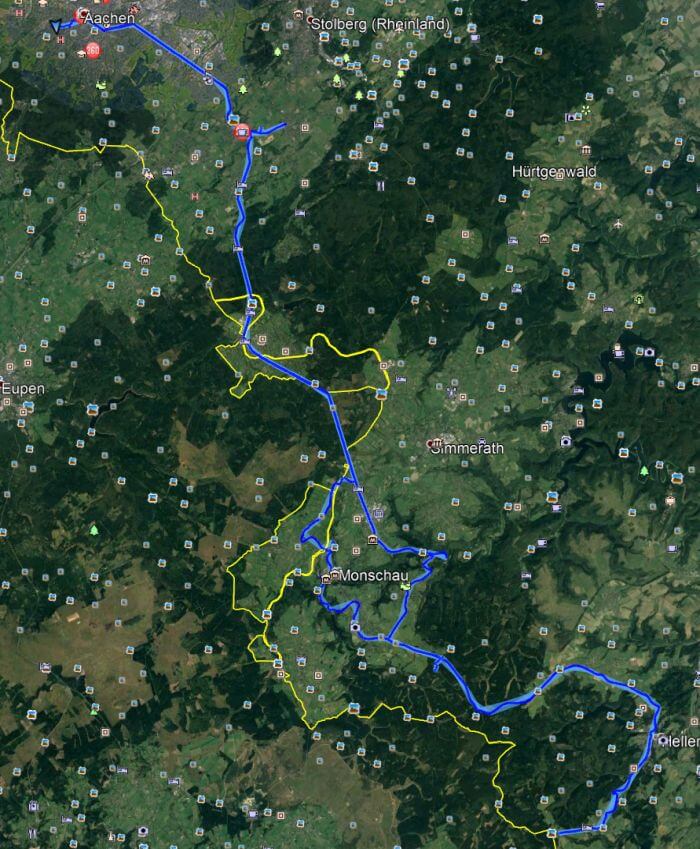 The accuracy is good enough for geotagging my images. 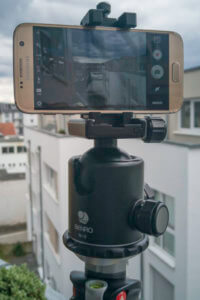 According to the technical data the Huawei Mate 10 Pro offers a 20MP monochrome camera and a 12 MP color camera. I use the smartphone mostly for making-of pictures or for posting an image on social media. After the last couple of weeks i did a lot of captures with the smartphone camera and my result is the camera is pretty good.

For judging the real quality of the camera i mounted the smartphone on a real stable tripod which i normally use for my Canon 5D MK II, looks a bit oversized  😉

For recording videos the smartphone can do this like most in this smartphone class with full HD and 60fps and of course 4K, buth there only 30fps are available.

Here are some examples: 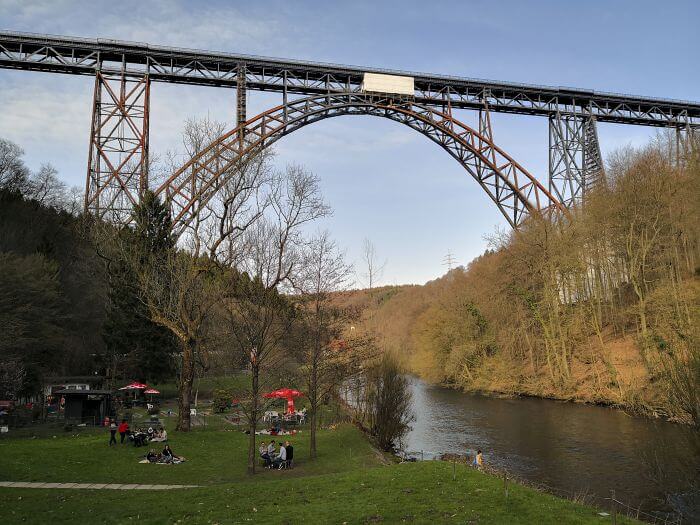 The image above was captured in the HDR mode which offers a better highlight/shadow represenation without any image proecessing. But even in lo-light situations the camera makes a good deal. 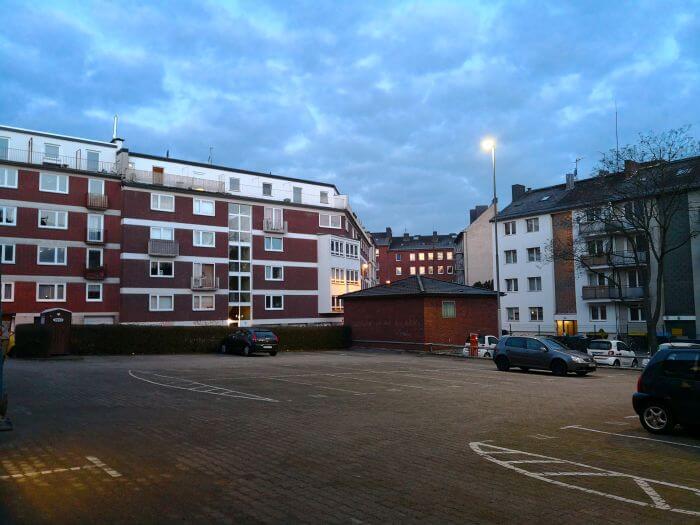 And besides this the Huawei Mate 10 Pro offers a Pro mode where the images are recorded both in JPEG and the DNG RAW format. As usual the DNG file has a size of arround 24 MB. Here is an example a little bit processed with Photoshop CC. 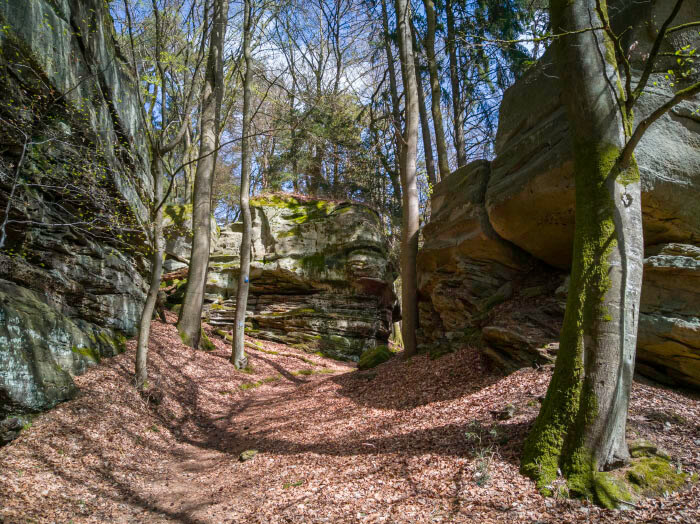 Such an image has enough potential to print it to lets say  60x40cm.

Most important for the choice of the Huawei Mate 10 Pro was the ability of connecting other devices like external hard drives or a camera with USB-OTG. Because of the USB-C connector first i needed a new cable.

With the new cable connectiing an external hard drive worked out ansd aslo connecting a Canon 5D MK II with the DSLRController app. 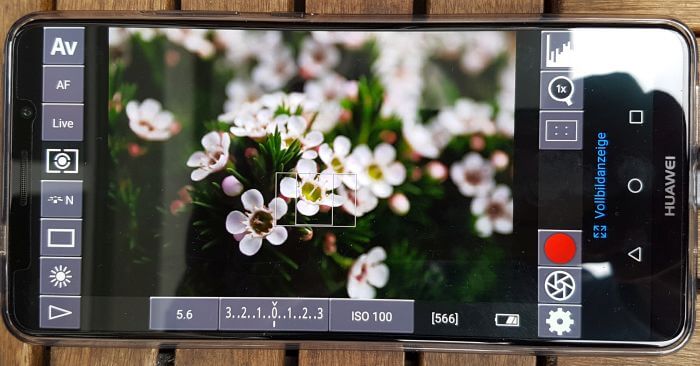 The  Huawei Mate 10 Pro is an excellent smartphone with very good battery power and a very good camera. Other options like GPS and connecting other devices with USB-OTG are available so too me the choice was a good one. der Wechsel gelohnt hat.