Pretty surprisingly  Lightroom Mobile 2.3 released at the beginning of the week. which now offers different new functions for the Android and the iOS version. 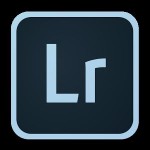 Maybe the one or another might know the HDR merge function from the desktop version, which was introduced with Lightroom 6. Naturally Adobes uses this implementation on mobile devices and with the same limitations. Activating this feature in the camera und pushing the release button will take 3 images which are merged to an HDR image. You won’t see the base images, you’ll only see the resulting HDR in Lightroom Mobile after a short while. This way you’ll loose the chance to optimize the base image before merging to HDR.

I’ll show you 2 shots i’ve done to comapre (don’t look to close on the subject, it was wet and cold weather) 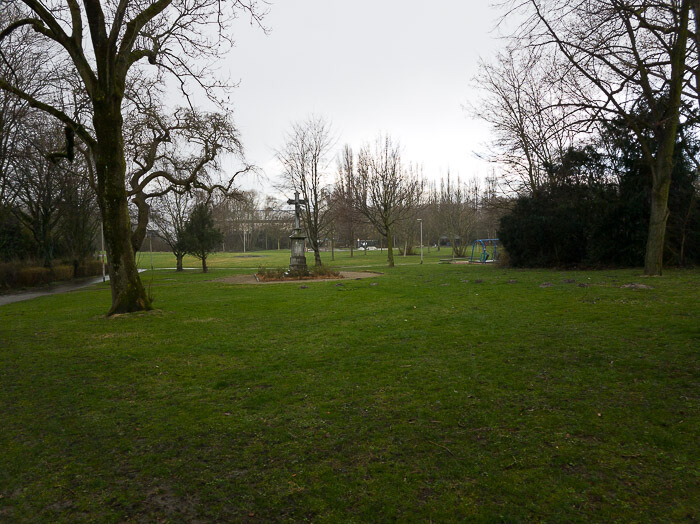 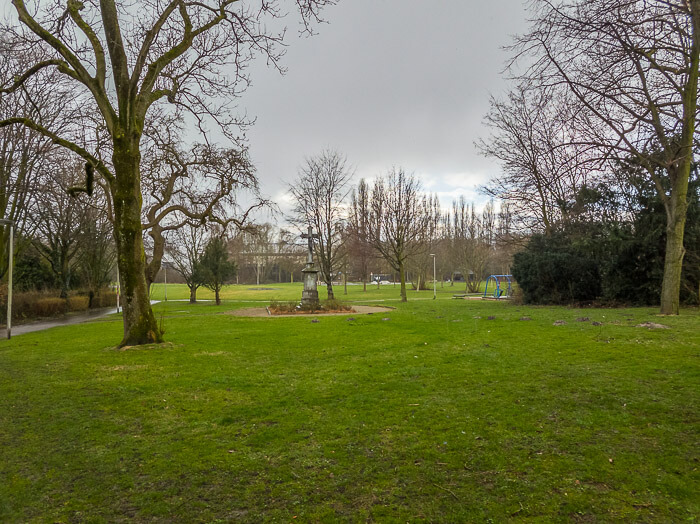 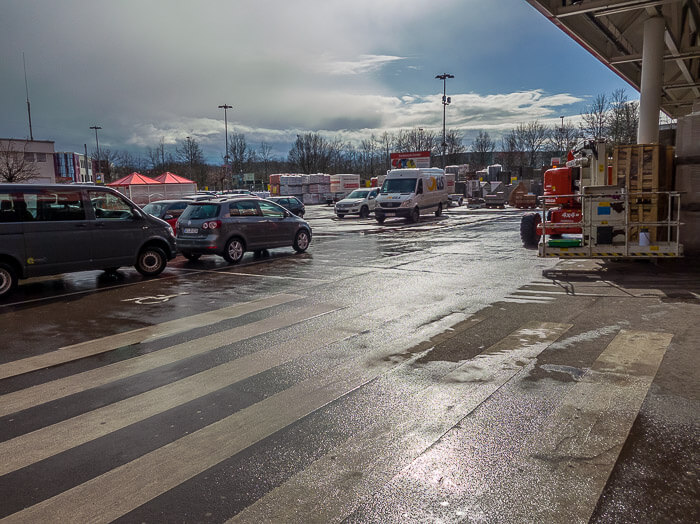 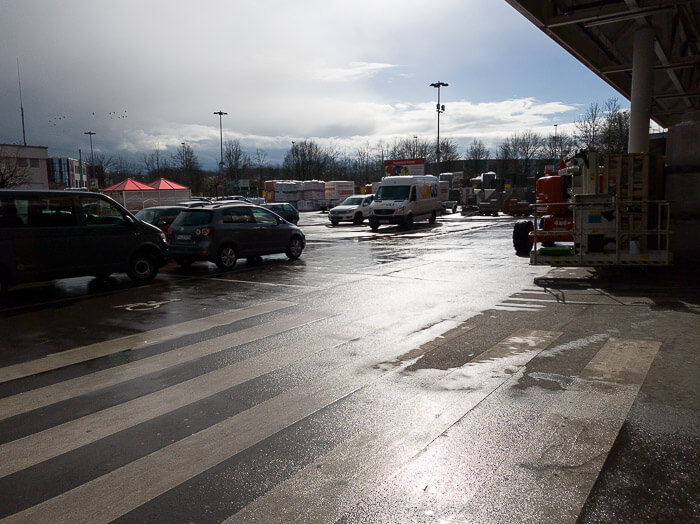 This new function offers an easy way to handle large dynamic and contrast ranges and just like the same function in the desktop version of Lightroom 6 the resulting HDR images a pretty neutral. But same as in Lightroom 6 the resulting images seems to be to bright, because in my test shoots (weren’t that much because of the weather conditions) the exposure is increased instead of just correction the shadows if required. On larger sensors this might not be a problem, but on the small sensors of a cell phone you might get noise in the merged image.

The sefcond new function is the implementation of the graduated and radial filter known from the desktop version to Lightroom mobile. 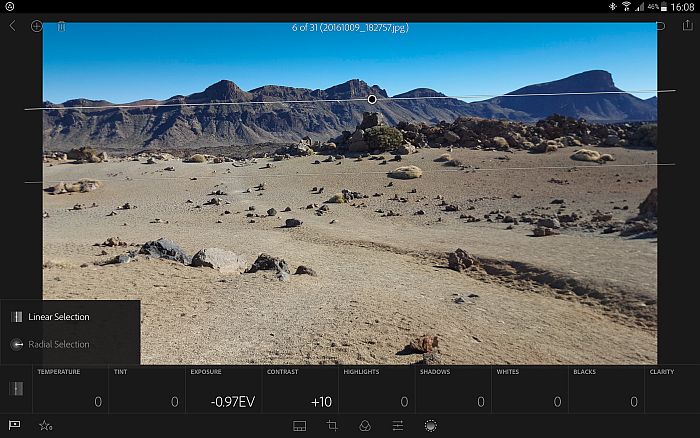 The graduated filter is without any problems, but the radial filter to apply local corrections is harder to handle because of the small device sizes.

There are a couple of limitations with this version of Lightroom Mobile.

The HDR mode is available on newer devices only like the Galaxy S7 and Google Pixel. On my Galaxy S6 there is no HDR mode available. I already stated in the last week review post that my cell phones is not updated to Android 7 even though it’s just right now 2 years old.

The second limitation affects the graduated and the raidal filters, these function require a registration for a 30-day test period or a Creative Cloud subscription  🙁

The third limitation are the files sizes, which a already criticized. A normal image with the Galaxy S7 is arround  25-28 MB (even thuogh this quite hard to undertstand considerung a aspect ration of 4:3 the S7 captures with 12 MPix only) , but the final HDR image as a DNG files takes arround  43-45 MB !!! Mergeing the HDR image can be done loacally and shareing/sync with the cloud can be restricted to a WiFi connection.

The implementation is well done, allthough the limitations to newest smartphone modells from Samsung and Google is not comprehensible. I think my Galaxy S6 could do HDR images too.

What do think about the new functions in Lightroom Mobile? Just let me know in the commetns.