I still had version 2.4.2 of Denoise AI until now, maybe also because I don’t need the tool that often.

A few days ago I got a discount code for the update to Denoise AI 3.4 and I took the chance. Nevertheless, I edited the images, some of which I already used during the last presentation of Denoise AI, also now in version 2.4.2 as well as in version 3.4.2.

During the trial, an update to version 3.5 came, which meant that I had to redo the comparison images. But there were no changes compared to version 3.4.2. In this respect I did not re-record the video:

The interface is basically the same as in version 2.4: 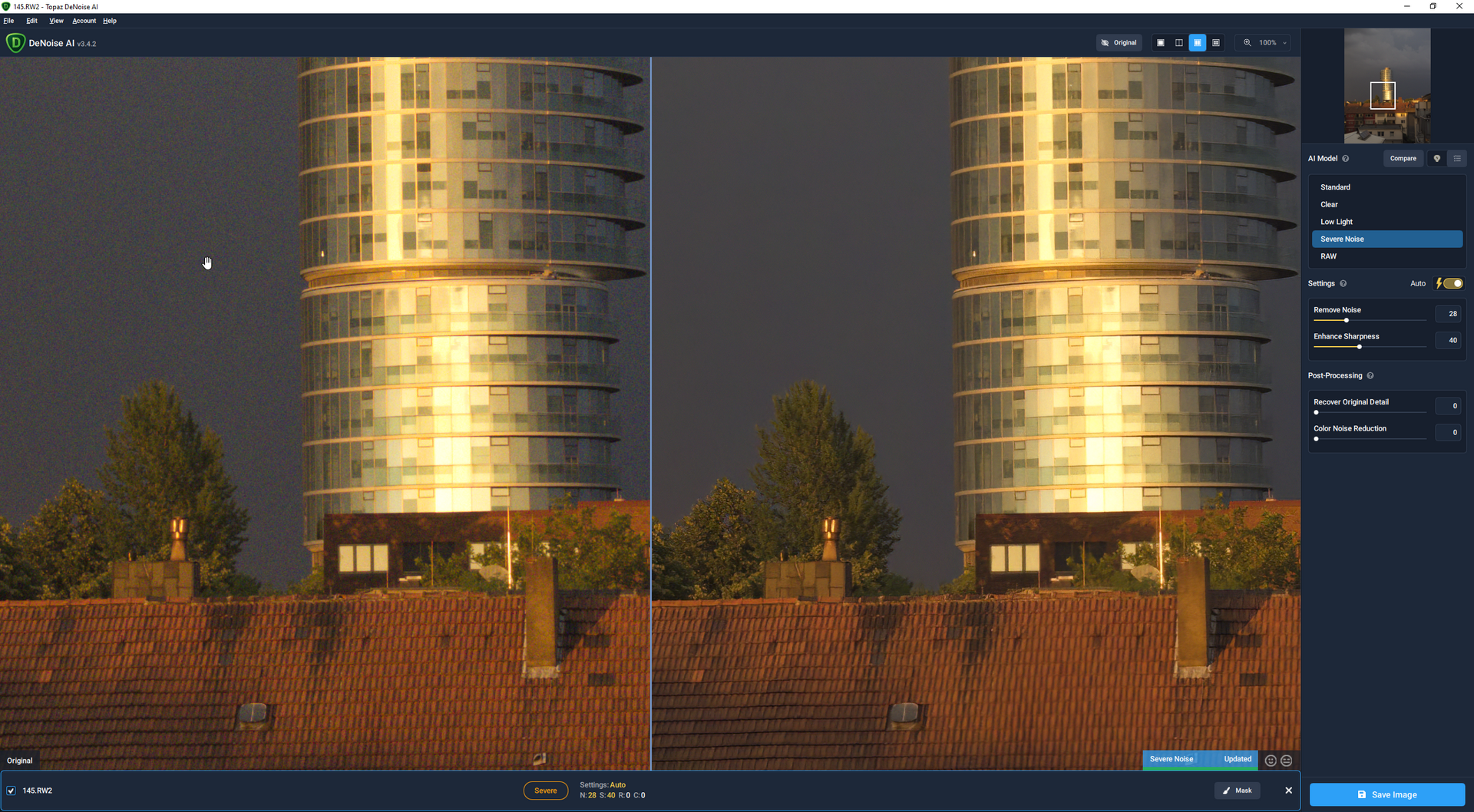 You have the classic before/after comparison or a set of four with all Denoise option, so you can directly choose the best option: 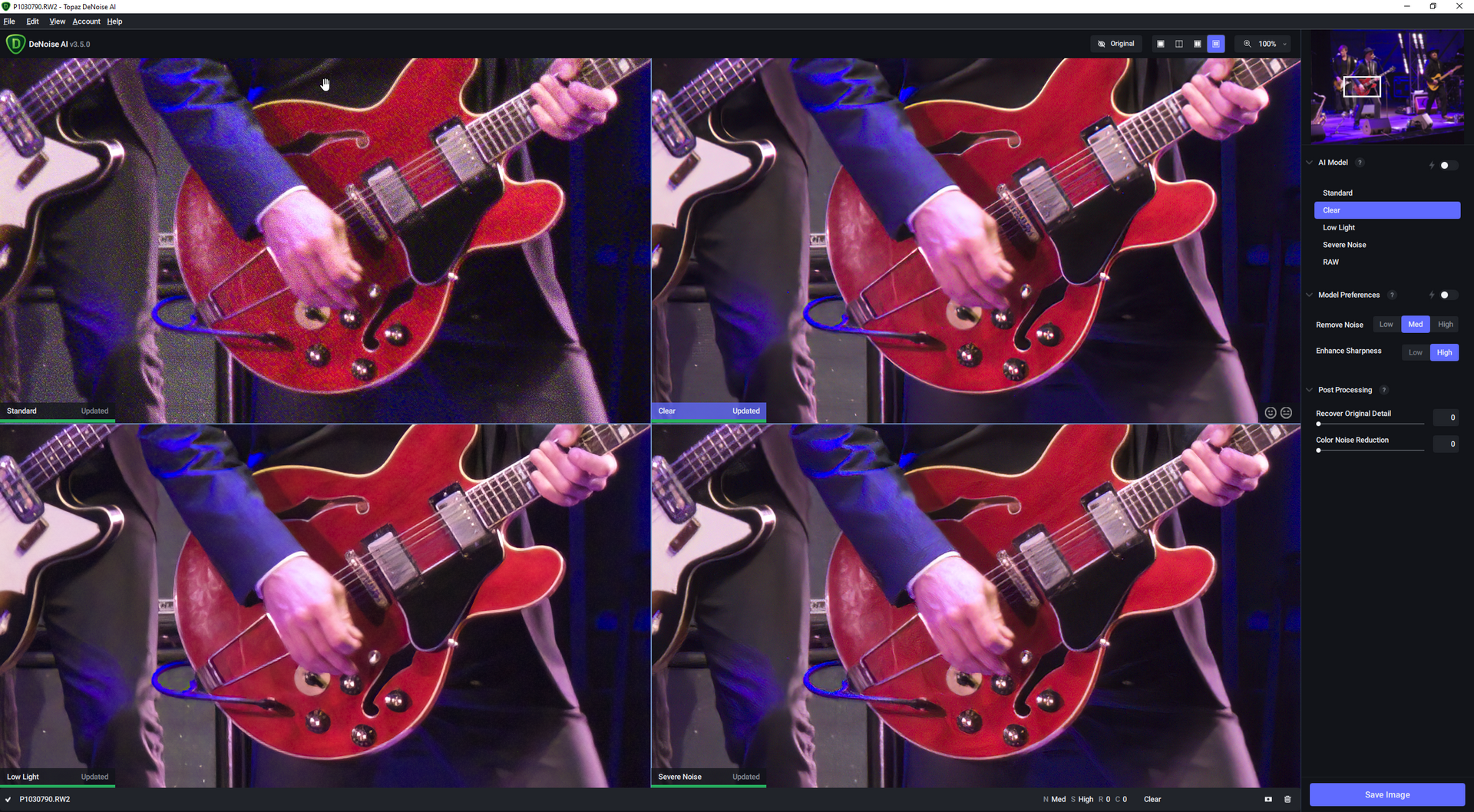 This time I did all the comparisons directly with the RAW files and thus denoised them first. Further processing options especially in the direction of white balance, adjustment of exposure or similar things are of course not available here.

Further processing is possible with the generated 16-Tiff files in any tool. But you can also use Topaz Denoise AI as a plugin for Lightroom or Photoshop.

And now here is the comparison: 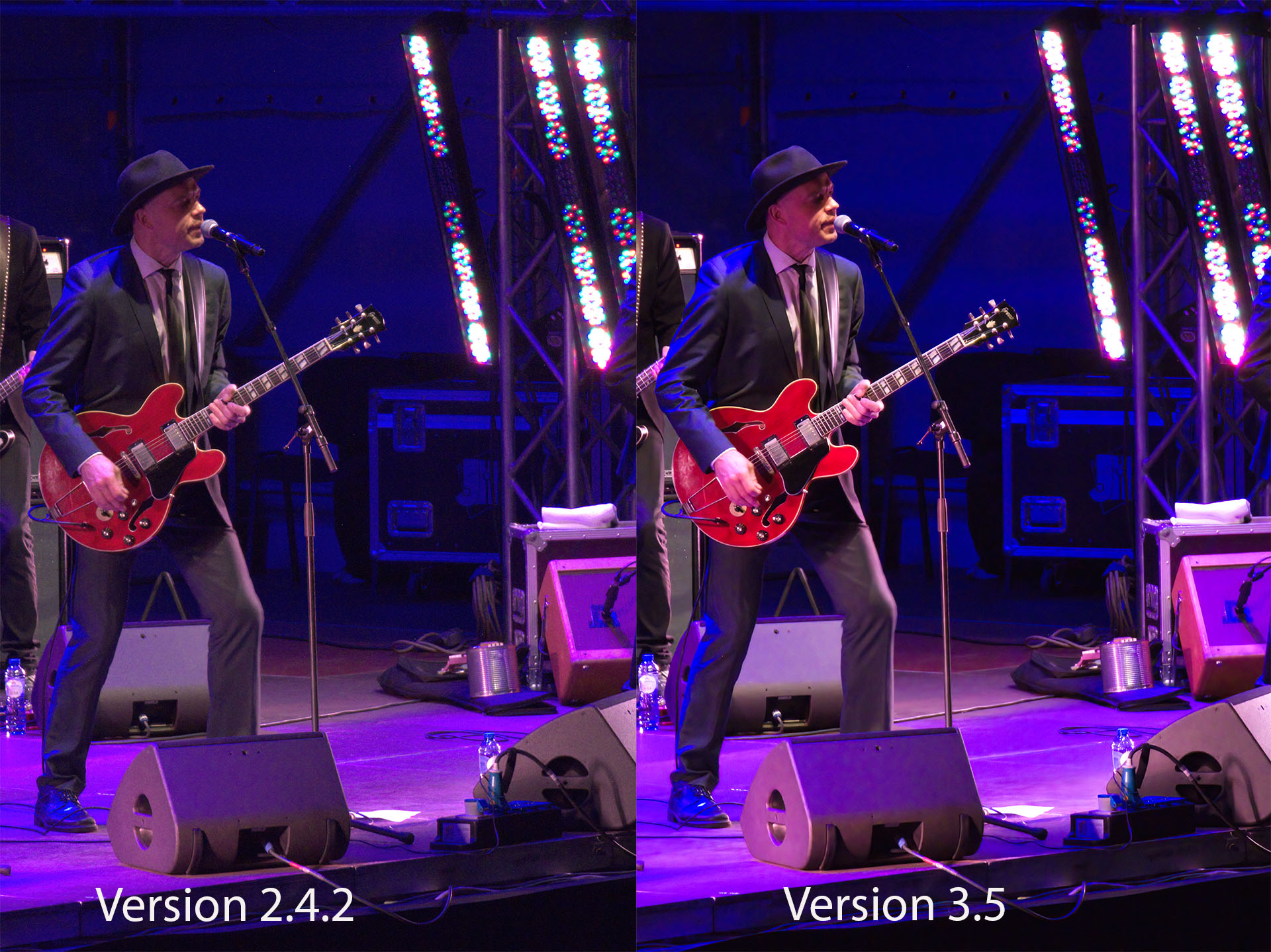 The denoising is now a bit better in the result, more structures are preserved and there is less noise. There is no wow effect with the improvements now, but they are already visible in the comparison.

What has been massively improved is the speed, for example, when saving and thus the final denoising. Depending on which of the denoising methods or options was chosen, the new version does it in half the time and sometimes even faster.

For me, the update to version 3.5 was worth it, even if one should not expect miracles, of course.