Almost 4 weeks ago Luminar HDR was released as an extension. Now there is supposed to be another paid extension Noiseless AI for noise reduction. 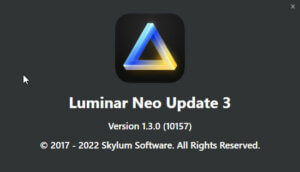 I assume that this will change until the final release. But the pre-release already gives some insights.

I have taken some photos, which I have already used for my contributions, e.g. for Topasz Denoise.

The corresponding window still leaves some room for further modules. 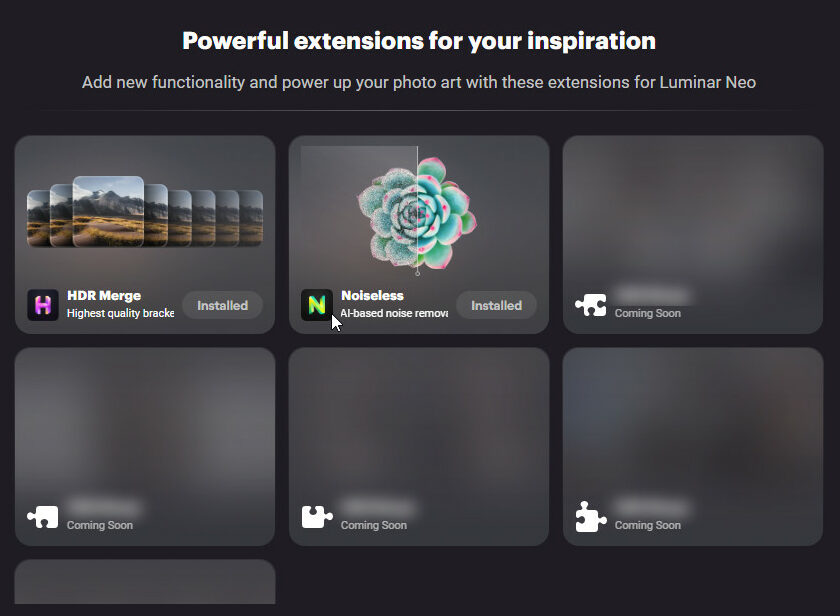 The module should cost 49,– € like the HDR extension. However, Skylum seems to be in the process of changing Luminar NEIO to a subscription model, where you get the extensions for free in the context of the subscription. You can pre-order Luminar NEO in the Zit from 16.-30.08 at a reduced price. 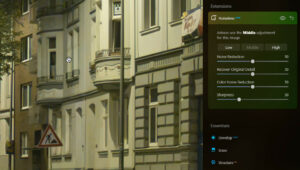 In contrast to the HDR module, Noiseless AI is naturally found in the development module.

Based on the AI analysis, the user is recommended one of 3 central settings for noise reduction. There is a tendency to increase the level as the ISO settings increase.

But in a photo taken with Lumix G9 and ISO 3,200 and quite dark background, the software only recommended the central setting.  In addition, of course, you can further increase the noise reduction, get the detials and also further reduce the color noise manually.

Now in previous version, however, the display was very slow and sometimes I had to go back to the catalog to then switch back to the view to evaluate the image. Exporting 16-bit Tiff also took an unusually long time, but I assume that is still due to the previous version.

I exported some images as Orignal files, processed them with Noiseless AI and with Topasz Denoise. The noise reduction in both programs followed the recommendation or worked with defaults. 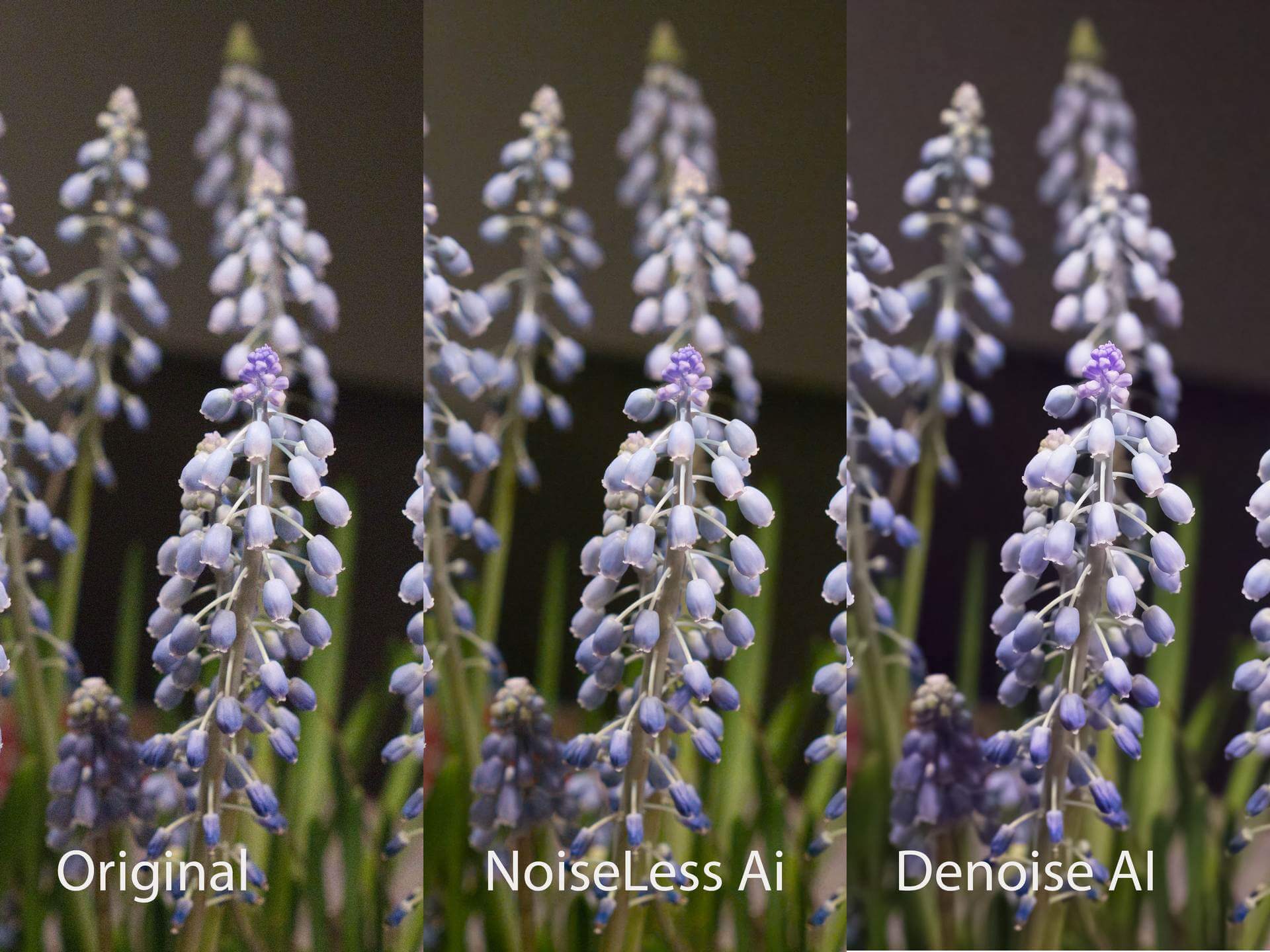 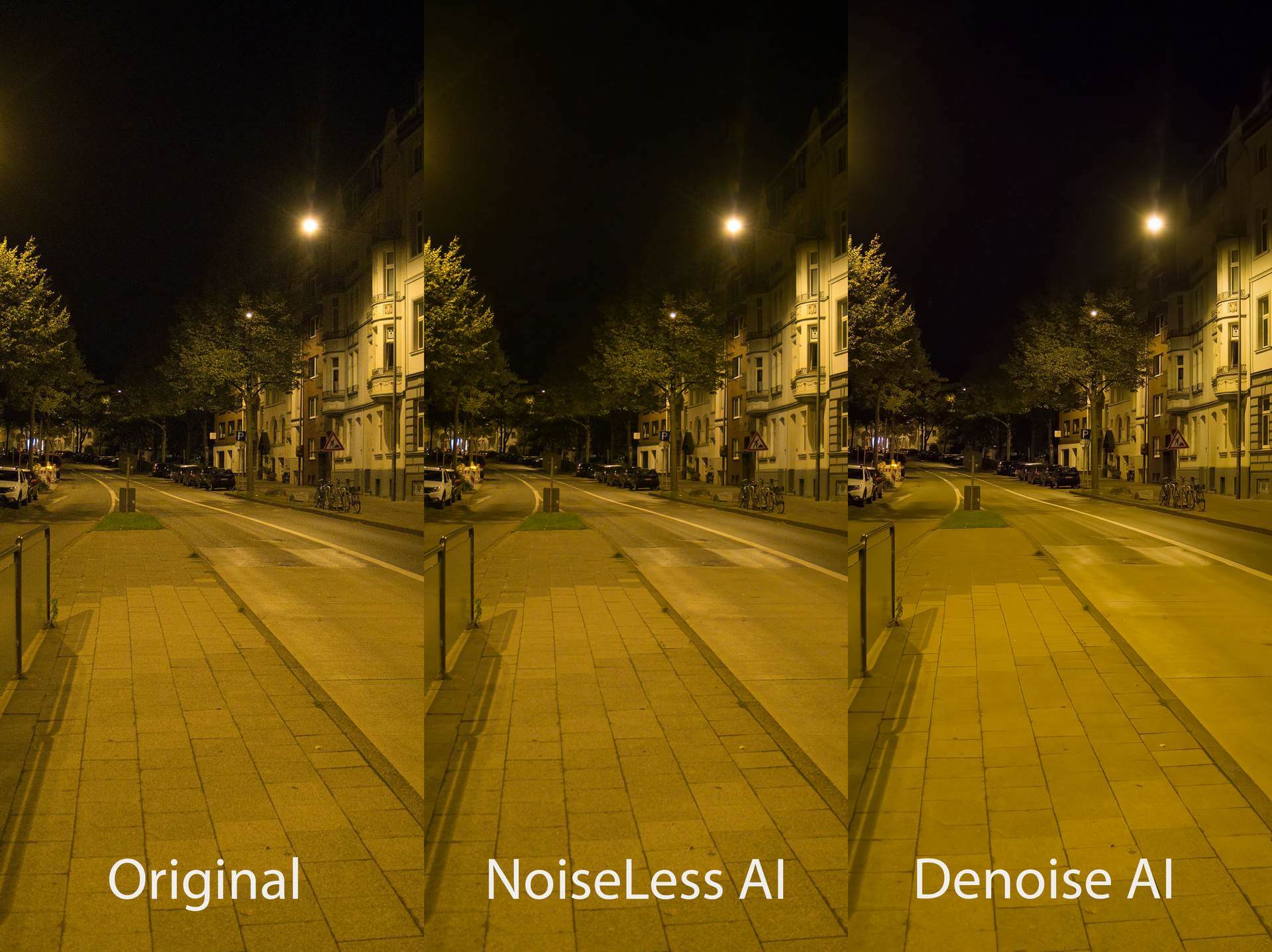 The comparison shows that Noiseless aI reduces less noise in direct comparison to Denoise AI. This is a little bit unfair, because Topasz Denoise AI is already at version 3.7 and with Noiseless we are talking about the first pre-release.

The advantage of Noiseless is of course that it is integrated into the RAW workflow, while Topasz creates an additional DNG in each case. 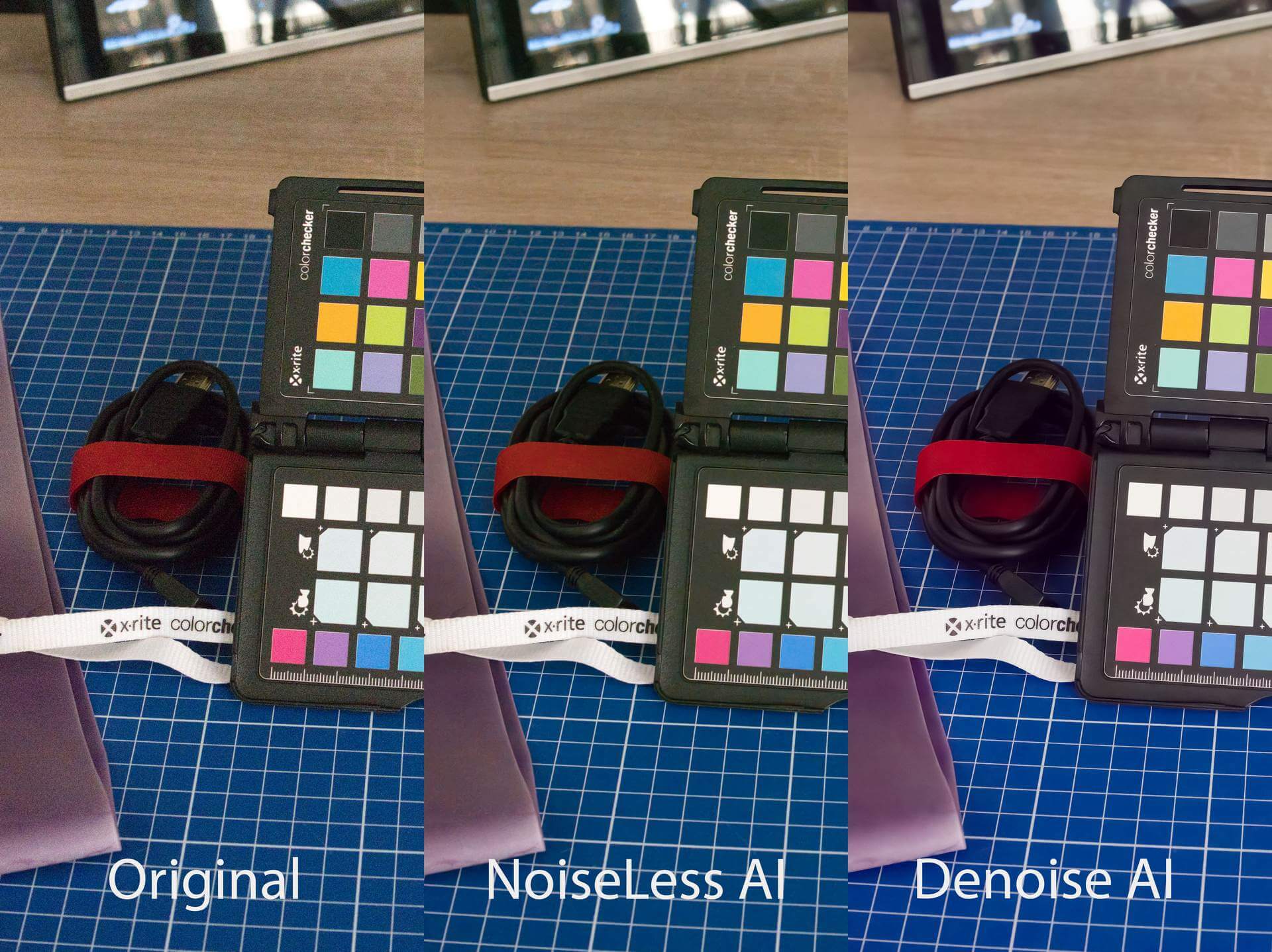 Nevertheless, for me the fact remains that Noiseless does not yet come close to the results of Topsz Denoise AI. It would be interesting to compare it with DxO PureRaw.

Noiseless AI is a good extension to Luminar NEO and is sufficient for occasional denoising. Considering the price of 49,– € the results are ok. However, if you have to deal with Hi-ISO more often and want the best results and are not afraid of higher costs, you should rather go for Denoise AI or PureRAW, at least for the moment. However, this is relativized if you have subscribed to Luminar NEO anyway, and thus the extension is not separately chargeable.