I had to setup a new NAS system, because my old one wouldn’t start after cleanng the fans.. 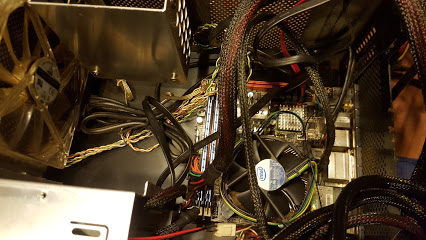 In the last week review i already reported that my old NAS system didn’t start after cleaning the fans. All options were tried, like a not cleanly fixed RAM or loose cable connections or anything else like this.I couldn’t get into the BIOS of the system, even though the harddisks were still working. But ok the system lasted a little bit over 5 years. The old system was setup in a LIAN LI Q08 case which is very compact, not saying small. A new mainboard wasn’t available at the local dealers and i didn’t wan to wait 2-3 days for a online order. But a new mainboard caused a new CPU because of different CPU sockets and a RAM update from DDR2 to DDR3 type RAM.

After searching the web i decided to get the following hardware components: 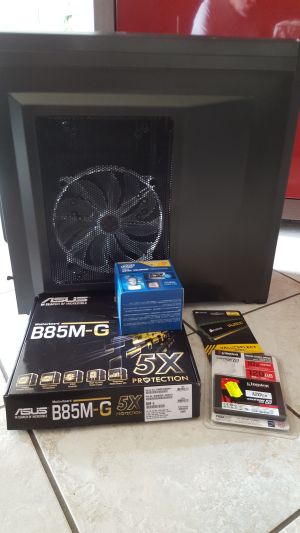 The mainboard, my first choice was not available, provides 4-SATA600 and 2 SATA300 ports to connect 6 harddisk drives. This was important, beacuse my RAID5 consists of 3 HDD. The CPU is suffcient for a non graphical Linux operating system and 4 GB of RAM is enough too, thinking of other NAS-systems which sometimes offer only 1 GB of RAM.

Talking about the case i decided to get a  Fractile Design tower, which offers a tool-free installation of the harddisks and is designed very well. But too bad this case wasn’t available in my area, so i got the Corsair tower which offers almost the same features and more than enough room for your harddisks. The cable management in this tower is very good, cause all cables including the cables for the harddisks are linked to the back of the tower. But you should get SATA cables with a bracket, so you close the towers back door.

Assemling the hardware components was pretty easy since the tower cables are labeled.

From the german site technikaffee.de i got the proposal to install openmeidavault on the NAS system, because of its webbased administration tools. But after 2 tries i stopped this, because i ran into a lot of “Connections errors” and sometimes the RAID wasn’t visible in the administration tool. 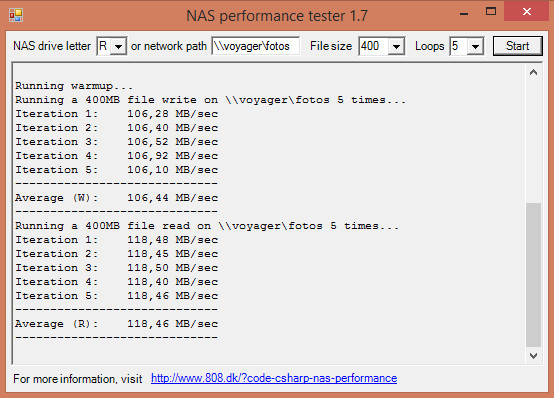 So i installed Debian again, the new version 8.2 With a netinstall image a basic system setup on a SSD is done in a couple of minutes. Since the hard disks were working i didn’t have to setup a new RAID5, even though this would not lead into any problem with 2 [post id=213]backups[/post].

As you can see in the above  screenshot the Celeron CPU is fast enough.

In the past i didn’t use service like web or  svn , but with the new system they should be available for the clients. With my old router with a alternative firmware supported local DNS but since i changed my [post id=782]internet provider[/post] i also got a new router.

On the old system i installed  bind9 as a local DNS service, on the new system i switched to the small dnsmasq which is easier to setup. To use the local DNS service i had to provide the IP adress of my NAS to the clients.

Now the server is running with  Samba for the Windows clients, EMail,SVN and Apache webserver. Scripts for backing up the system and svn were used from the old system.

The server isn’t running all the time, the system shuts down if the main clients (my desktop pc and my laptop) are not active and starting the system is done via WOL.

What do think about a DIY-NAS? I’m looking forward to your comments and questions.