Weekly review 02-2023 and this week there was really enough rain, the soils can hardly absorb the amounts and there even storm warnings 🙁 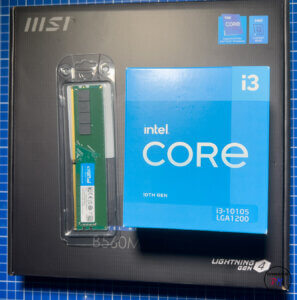 This week it was about my experiences with the 10GBit network. In the first part I had described the basic problem. Now in the 2nd part it was about whether with the Asus XG-C100C and a new motherboard the considerably higher speeds, which a 10GBit network offers, are actually available.

The Asus card was easy to set up under Windows as well as Openmediavault. For Windows, however, I had to download appropriate drivers from the manufacturer’s site, without which the card was not recognized by Windows 10. 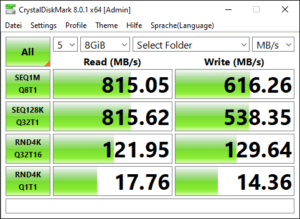 Transfer rates of just under 800MB/sec were also achieved, but that’s quite far from the capabilities of a 10GBit network. Also, the rates plummeted as soon as larger files were copied and the NAS had to write to the physical hard drives. My old NAS only had a motherboard with PCIe 2.0 and the CPU wasn’t the fastest either. That’s why I decided to replace the board and CPU. But unfortunately, even this measure did not bring any resounding success.

The transfer rates were still quite far behind the achievable speed of a 10GBit network. But the rest can be found in the 3rd part. 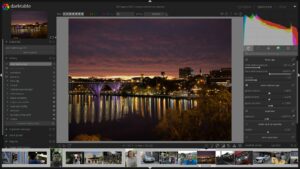 Then a few days ago Darktable, the open source RAW converter was released in version 4.2.0. Darktable is available for Linux, Mac OS and Windows as well. As you can see from the release on the homepage, there are a lot of changes that the new version brings.  New are the Sigmoid display transform module, with which the colors are remapped and also if I understand it correctly e.g. another display can be operated.

In addition, there are also other cameras, such as Canon EOS M2, Fujifilm X-H2 or the Sony A7R V whose RAW formats are now supported. 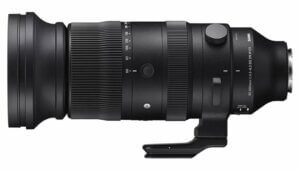 Sigma has released a very interesting telephoto zoom. It is the 60-600mm f/4.5-6.3 DG DN OS Sports version, which is available for L-mount, so also my S5 but also Sony E-mount. Such a telephoto zoom should be especially interesting for the L-mount, since such telephoto zooms have been rather scarce here until now. The first impression is good, remains to be seen how good the optical quality of this 10x zoom will be.

All in all another very eventful week.  I hope you enjoy the articles and look forward to your questions and comments.