Last week review 35-2020 and this week the temperatures were more comfortable, but towards the end of the week it got pretty stormy unusual for August 🙂 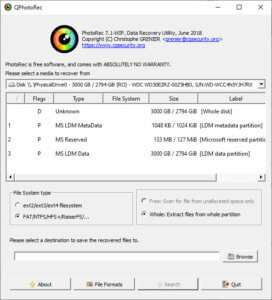 This week the data recovery tool PhotoRec was the main topic which is a secure tool just in case you formatted your memory card accidendentally. PhotoRec is available for Linux,Windows and Mac operating systems. For Windows users the is more convinient version of the tool with a simple graphical interface.

Since formatting doesn’t mean a overwrite contents on the memory card such a tool can recover the contents after formatting the memory card or if only certain files were deleted. The most important thing is not to use the card after such a event not to risk overwriting recoverable files. 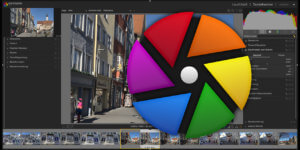 But the last week had a couple of news. First of Darktable was released in version 3.2.1. Version 3.2.0 contained a last minute bug so they went right away to the next version. There are improvals in the performance and the lighttable got improvements and changes. Darktable is open source software and available for Linux, Mac and Windows systems. 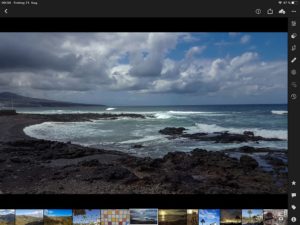 Then there was an update for Lightroom CC in teh iOS version. This roll-out from Adobe contained a severe bug. Version 5.4.0 for iOS systems deleted all images and presets. And even Adobe said, that the images are not recoverable if they are not saved into the Cloud already. This a pretty annoying bug but the users should be questioned why do they store images on a smartphone which are not already backuped. The question for Adobe is don’t they check their updates and could the bug be prevented. Meanwhile Adobe released version 5.4.1 abd apologized for the error.