A few days ago, Update 2 was released as part of the Early Access Program for Luminar Neo. So the opportunity to have a look what has happened. 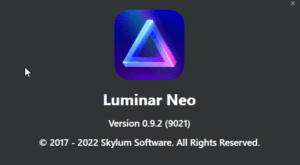 fter I could report shortly before the end of last year about the Luminar Neo Beta, there was now a few days ago a 2nd update within the Early Access Program. While the beta was still available with version number 0.9.0, we are now talking about version number 0.9.2 for update 2. Based on the version numbers, this is not such a big step forward.

So there you have to check which features have been improved or added.

I have also recorded a video about this:

When you start Luminar Neo you don’t notice anything new at first. The display of the catalog and the single image view have not changed. 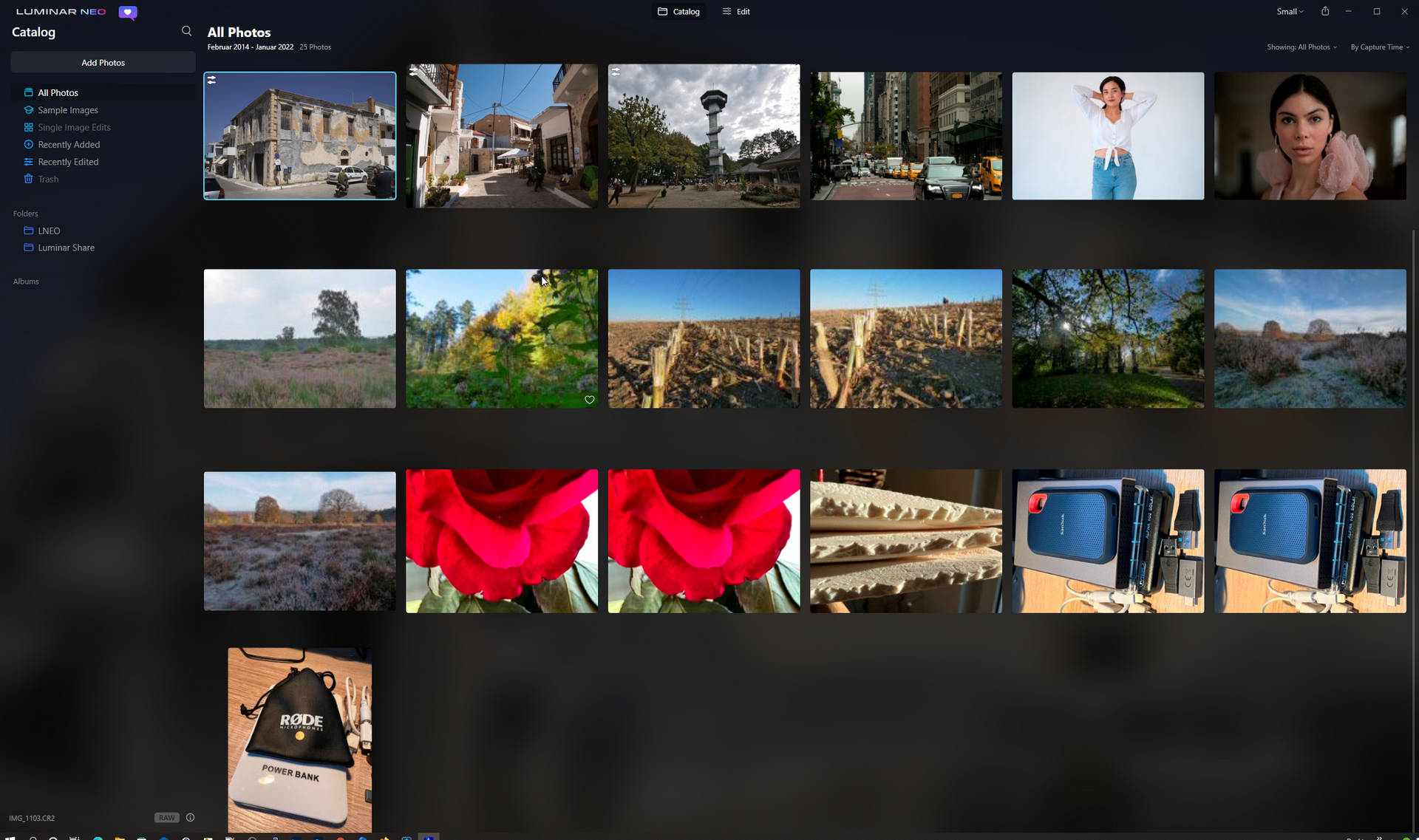 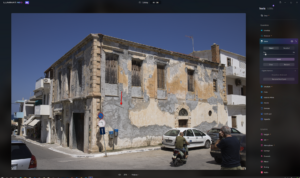 I have therefore tried in 2 examples with the function “Remove overhead lines” once again to see if there have been improvements. The example from last time with the field does not lead to changes. There are still some lines left, but parts of the mast are removed. In another example of a small town on Crete, things look much better. Here only a very small part of a line remains.

Here, however, I have noticed a noticeable increase in speed. However, this also seems to depend on the photo/motif.  It is a pity that there is currently no split before/after view.

What is new, however, is a new app and that is Luminar Share. An app that is available for Android in the Google Play Store as well as for iOS in the Apple Appstore. I put here once 3 screenshots next to each other. 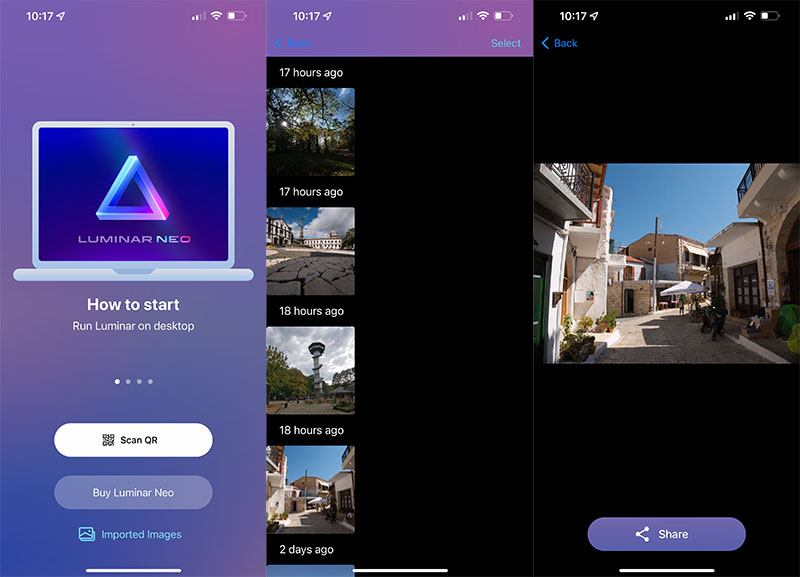 n the left picture you can see the start screen. You first have to display a QR in Luminar Neo, which you can scan here with the app to establish a connection within the local network.  This must be re-established after the app has been exited.

The middle section shows the situation after several images have been transferred from Luminar NEO to the smartphone. This is also possible only as JPEG. Another view, e.g. all images is not possible.

The last image shows the display of an image and the option to split the image. I suspect that the split dialog has been taken out of the operating system. Also, it is not possible to get to a larger display by holding the smartphone in landscape mode. Deleting individual pictures is also not possible.

Conversely, it is possible to transfer the same image multiple times from the smartphone to Luminar Neo. And as you can see, the orientation of the image in portrait or landscape format is also not taken into account.

o, all in all, there is still a lot of room for improvement and it remains to be seen what surprises Skylum has in store. But I’m confident that Luminar NEO will become a program with which you can get very good results very quickly as a plugin. You can already pre-order Luminar Neo,