Today skylum released the final version of Luminar 4 even though some of the pre-order customers already have the new version since last week monday. 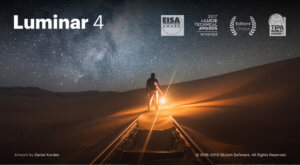 I waited till the last momnet to do this blog post just in case there would be another update available. This blog post is based on the Windows version built number 4810. My Windows system is powered by a AMD 1700X Ryzen cpu with 32 GB of RAM and mostly SSD drives.

Luminar 4 is available for Windows and Mac systems and costs 89,–€ and 69,– € for the update from an earlier version. If you order via this link you get 10,– € off. There is a trail version available but this is valid for 7 days only.

The program can be run as a stand-alone version or as a plugin for Lightroom Classic and/or PhotoshopCC.

I did a little video on Luminar 4 final 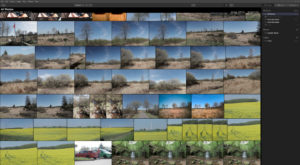 As a stand-alone program Luminar 4 first of all generates a new catalog or if you have a previous version the catalog is updated. After that you just definea folder where your images are stored in. But there is still the opportunity to process a single image without importing into the catalog.

The import process itsself is pretty short and that is due to the fact that with the exception of the Exif data nor other data are used. Managing or organizing your images so far is not the main intensity of Luminar 4. Maybe Skylum decides to improve the catalog function in a later version, but so far image processing mainly based on AI function is the priority of this program.

Luminar’s most important feature sinc ethe days the AI Accent filter and the Sky Enahncer were introduce is image processing where you get very decent results with just a couple of mouse clicks. 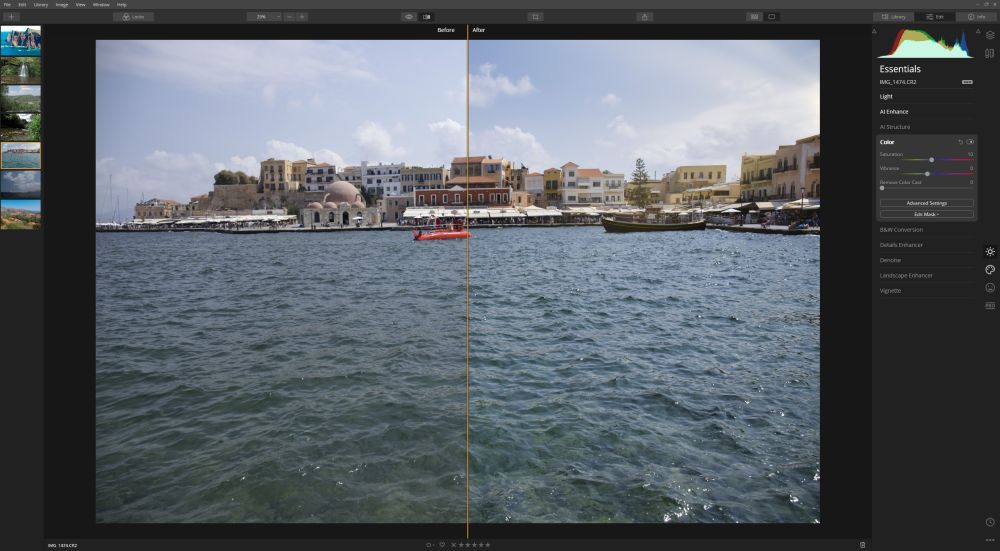 And in particular those filters and the looks are very appealing. There are many looks shipped with the program and other settings like Sky Replacement and the Landscape Anhance deliver pretty good results so to say with one click of the mouse.

And talking about the Sky Replacement skylum implemented the use of your own images for the replacement process.

As the only way to organize your images you can define a album. Defining an album and adding images to it the heading of the album will state out the period ofr image captureing.

But this one is the first little bug, because the latest capture date in the above album was September 2019.

Bugs and other errors

Too bad that even the final version comes with a couple of bugs and errors. First of the histogram in the the edit modul. This is updated only after you release the ruler . As you can see in the video changeing for example the exposure the histgram is updated afterwards. That is not acceptable because you sort of loose control on those areas in the image which are about to clip.

The left side is an image in Lightroom and the right side is the same image in Luminar 4. This is a severe problem.

Luminar 4 needs quite some time to display an raw image correctly. In addition you realize colors too much saturated in the library mode. And when you move within the picture Luminar 4 lags before displaying the new area.

On exporting images in other formats like JPEG for example Luminar 4 is far behind. Exporting 40 images from a timelapse sequence took 6:27 min, while Lightroom did the same export in 47 seconds.

Luminar 4 as stand-alone program has to be improved before you can use seriously. Before this skylum has to correct those bugs like the unsharp raw display and the problem with the histogram. But as a plugin i’ll use Luminar 4.

And Luminar has to add performance on image export. Here Luminar 4 is far behind.

These are the reasons why i only can advice the program as a plugin for Lightroom Classic or Photoshop. But get yourself a trial version and try it out yourself. If you order the program via this link you’ll get 10,– rebate.

Skylum released an update shortly after this blog post. In contrast to the usual procedere Skylum only informed about general bug fixing. Which errors were fixed in the new version with the built-numbber 4880 was no listed,

I installed the update and tried different functions, but none of the errors listed here in this post were corrected so i stay to my advice that Luminar 4 is usable as a plugin only.