There I had already published the supposed last article for the year 2021, because I wanted to take it a bit easier. And then I get a first beta of Luminar NEO. 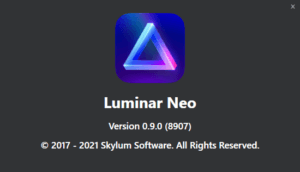 So I sat down for you and tried the beta of Luminar NEO once briefly. In contrast to the Technical Demo, which contained only 2-3 functions, this is a complete program. Nevertheless, not all functions that Skylum advertised are implemented in the program. 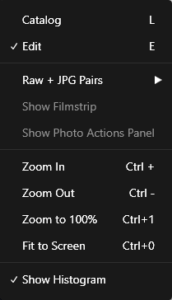 I tried out version 0.9.0 on a current Windows 10 system.  Of course, a beta software does not load quickly and from time to time such a beta version crashes. I do not want to overestimate that here.

However, I can not quite understand why you can not see a histogram display tortz an appropriate setting. This makes the correct adjustment of highlights and shadows in an image more difficult, especially with effects. And one more thing, with many sliders it takes a moment until the effect or the change is processed and becomes visible in the image. I now assume that is also an efffect due to the beta status of the software, and hope that this will be corrected by the final version.

And apparently Luminar NEO still has problems with the catalog display at the moment, if edits in the edit module were undone via “Revert Changes”.  Here in the catalog view the edited versions are displayed partly nevertheless.

I have recorded a short video about this:

But now let’s come to a few effects that really work, for example the sun rays: 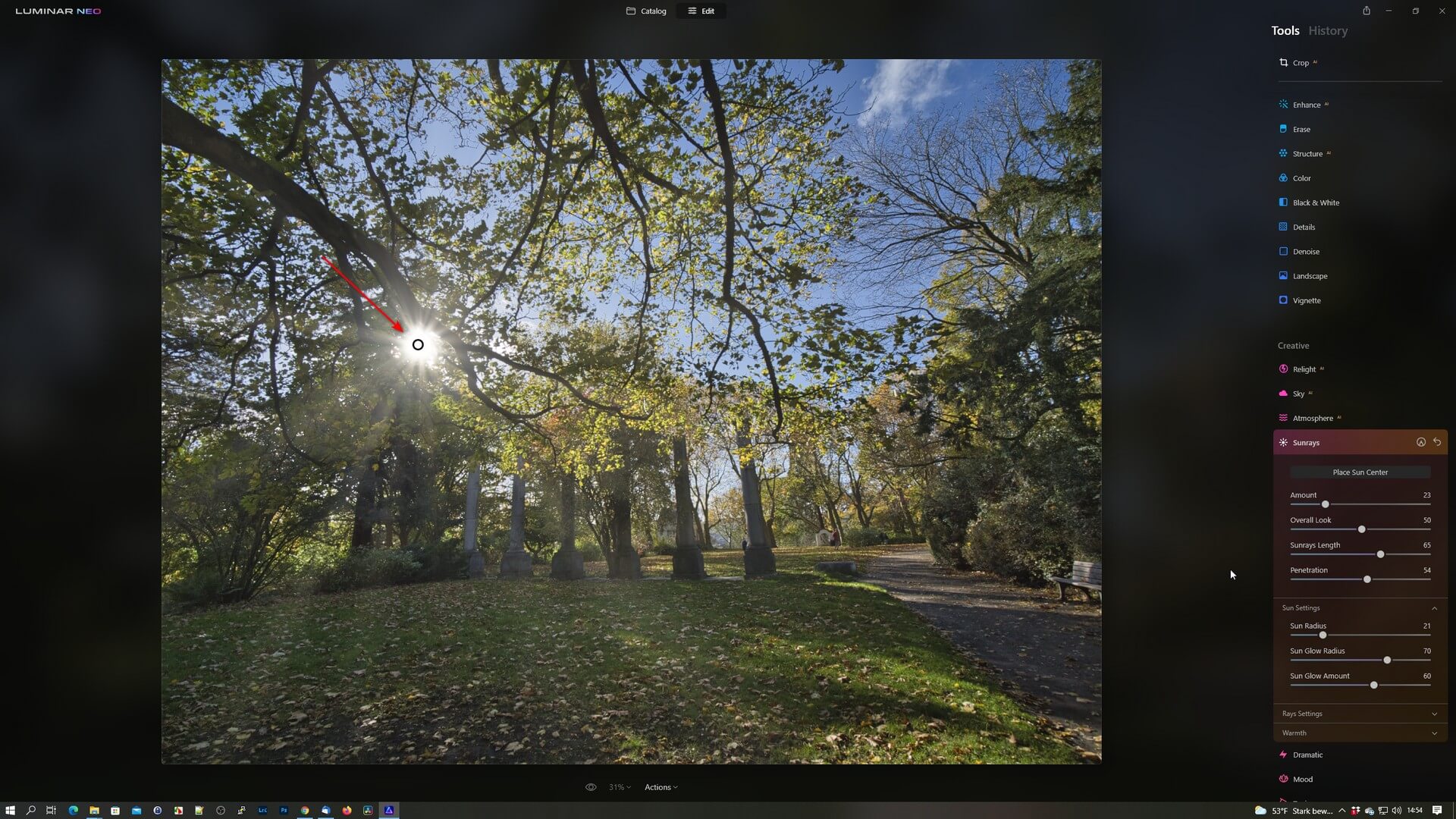 If it fits like here from the motive, it can represent actually an improvement. The Film Grain effect is also one of them: 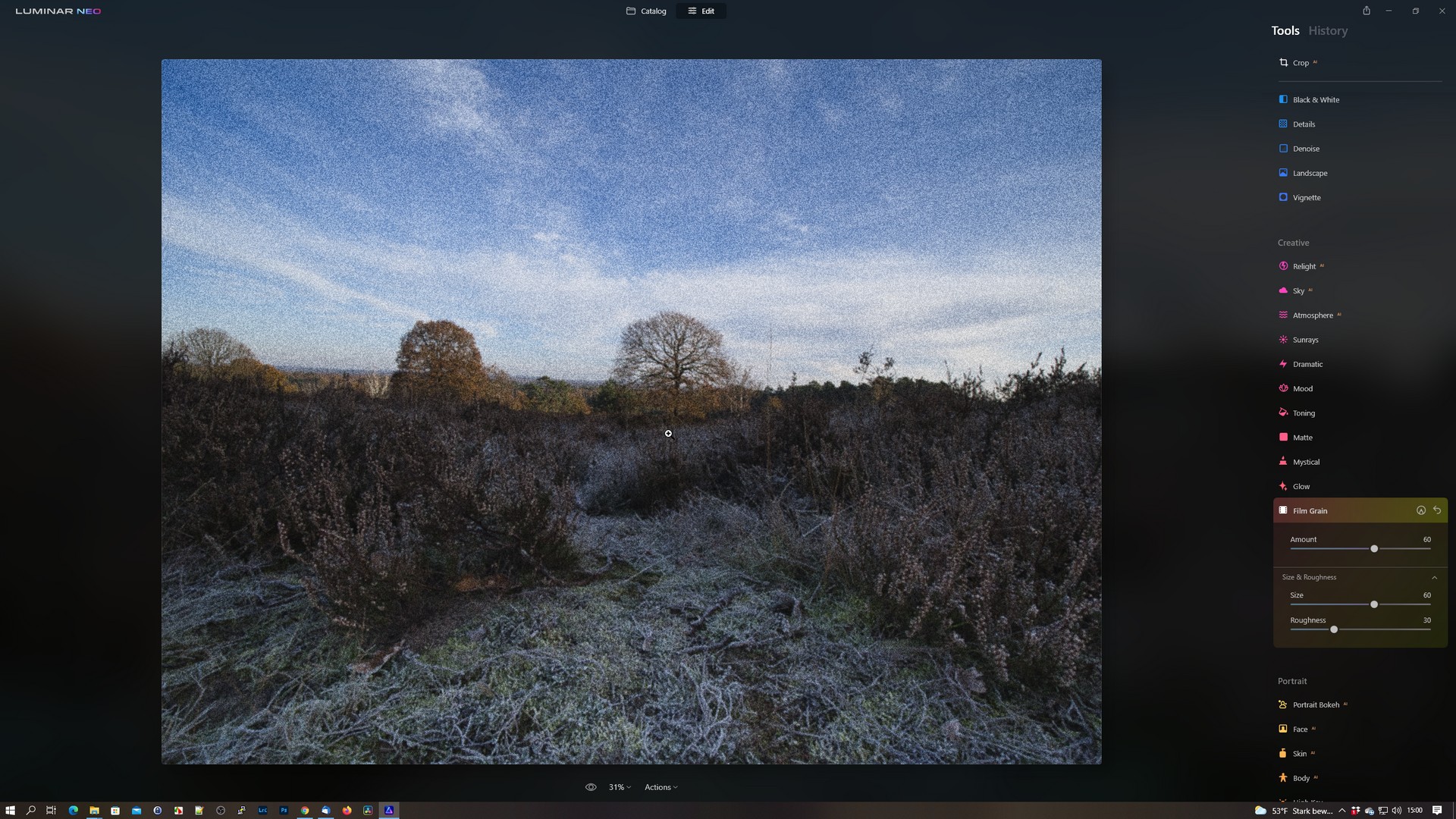 Other functions like Sky Replacement or the Relight function also work very well. The function to automatically remove overhead lines unfortunately delivers the same results as in the Technical Demo. 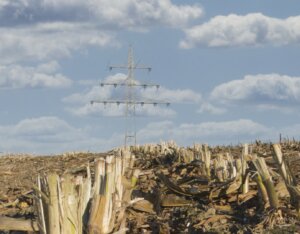 However, I could detect a bug as soon as overhead lines are present in the image. Then Sky Replacement but also the removal of dust spots do not work properly.

Parts of the overhead lines are removed and the sky is no longer used correctly. And this although this function to replace the sky actually works quite well.

The same happens with a dust spot, which is removed, but parts of the catenary as well. And that doesn’t look so good. I haven’t even tried to correct this manually now.

Some of it already works, but it’s only the first beta and surely there’s a lot to be done there and surely some features are still missing. But I’m confident that Luminar NEO will be a program with which you can get very good results very quickly as a plugin. You can already pre-order Luminar Neo, and at the moment for a special price.