After the first flights i want to report about additional accessories and a first conclusion.

As reported earlier i ordered those extension legs, because space between the ground and the drone is pretty limited and makes it almost impossible to start on a ground with grass or something like. 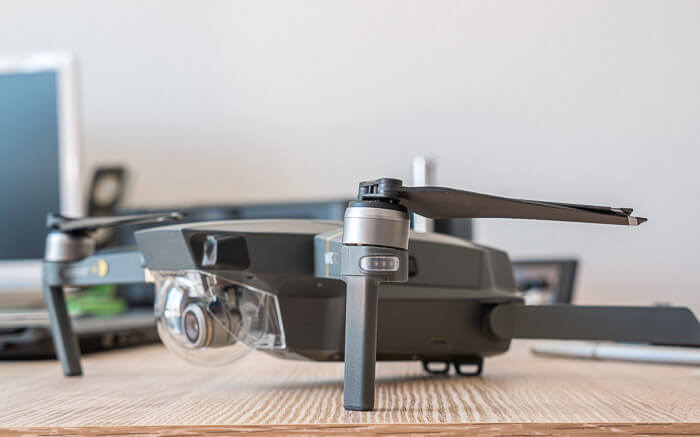 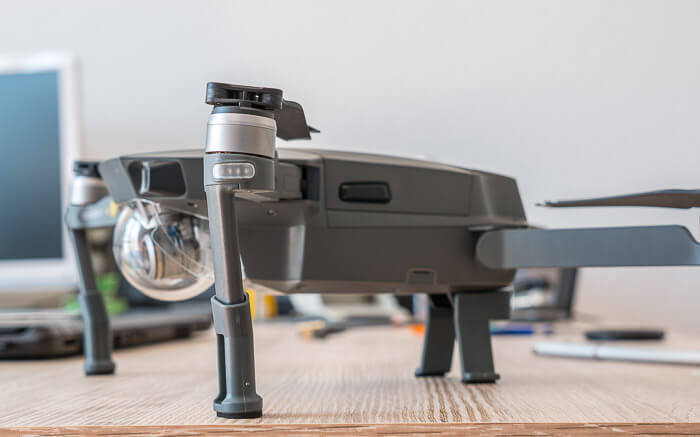 As you can see on the pictures the drone gains in ground clearance and you might even start from a grassy underground. The complete set can be ordered via amazon at a price of arround 8,– €.

My primary idea was to buy a new back-pack suitable for the DJI Mavic and my Lumix equipment. So far i didn’t find anything fitting and putting the drone and the batteries in the day-pack of a back-pack didn’t seem to safe enough. 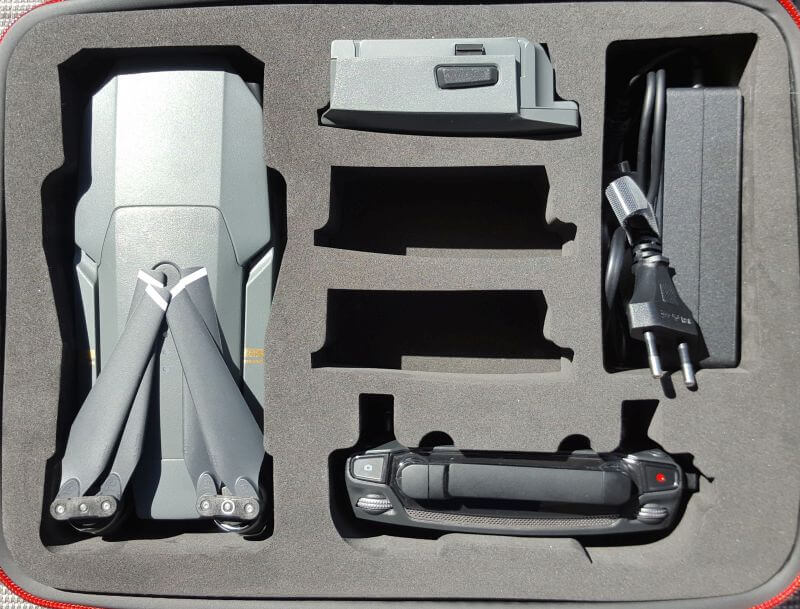 I bought a suitable case for the drone, up to 3 addtional batteries and the remote controller for stoarge and transportation. 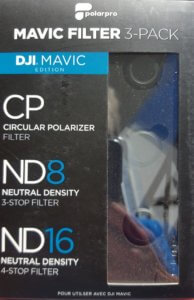 One major problem of the  DJI Mavic is the lens with a fixed aparture of  f 2.2 . This causes only the ISO setting and the shutter-speed can be used for a correct expsoure  Because of the small sensor you should always use ISO 100 for video and still captures if possible. That leads into to pretty short shutter speeds, at least in bright sun light.

The shutter speeds are 1/1000 sec. and even shorter. This is no problem at all in still photography but capturing videos movements will turn out to be smooth. Thats why as a golden rule you should use a shutter speed half of the frames per sec. in video. Filming with 25 fps the shutter speed should be 1/50 sec.

Shutter speeds of arround 1/50 sec. or at least close to this value are only reachable with the help of ND-filters in bright daylight. So i ordered a set of filters for the DJI Mavic from Polarpro consisting of a 8x and 16x ND-filter and a polarizing filter. Mounting the filters to the lens is pretty easy.

A polarizing filter is used to increase the bluish sky and contrast by decreasing refelctions. The efficiency of the filter depends on the angle to the sun and thats the problem using it one a drone camera. You can’t change the postion of the filter on the lens while you’re flying 😉 so optimla results can be achieved in planned flights only.

The Mavic Pro is capable of shooting either in JPEG or in DNG or both with a resolution of 12MPix. Of course i prefer shooting in DNG format which allows image processing and get out the most with process version 2012.

The DNG files are sized 24 MB double the size of the resolution just like shooting DNG format with capable smartphones.

With images from my DSLR or the Lumix i start to bring down the highlights and open up the shadow areas of the images. Taken the shot of the sunset as an example opening up the shadows is limited, because you’ll get noise in these areas because of the small sensor. 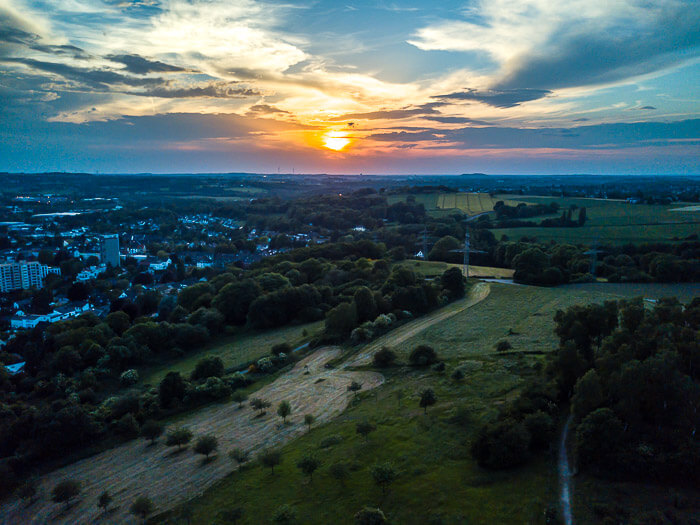 Especially with the limitations mentioned above it would be a great idea to do an HDR image, but HDR mode in the Mavic means JPEG format only, and that is what we don’t want. But htere is an automatic bracketing mode (AEB) but this mode is limited too.

Basically for very contrasty scene i’ll take 3 captures with a 2 EV distance between each shot. This gives you 6 EV in total plus the dynamic range of the camera. With the Mavic you only can choose between 3 or 5 shots and the distance between the captures is 0.7 EV and not changeable. This means even takinbg 5 shots that gives you only 2.8 EV on the whole sequence.

The app controls all functions of the drone and works as a control monitor. With the update to version 4.10 there were a lot of rumors about restrictions in the flight capabilities without prior registration. I did the update and couldn’t state any restrictions. As far as i know DJI wanted to have an option to update no-fly zones rela fast.

The limitations in the AEB mode should be relativly easy in the pp. The extension legs improve the ground clearance a lot and make it easier to find a sarting place. And the ND filter are important for smooth looking videos.

The sensor size is a compromise and limit the ability to open up the shadow aereas in image processing. But the drone does make a lot of fun.