A couple of days ago  HDRSoft released version 6 of their HDR tool Photomatix.  A good reason to take a closer look on the changes.

I used the HDR tool  Photomatix for quite some time but recently i use SNS-HDR Lite more often. Photomatix is available both for Windows and Mac OS X but with a price tag of almost 80,– € it’s not a bargain. The published upgrade to version 6.0.1 is free of charge for registered users of version 5.

Checking for updates in the most recent version 5.1.3 dowsn’t show the availability of the new version 6 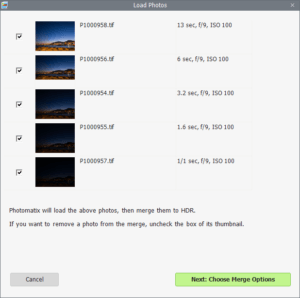 Loading an exposure bracketing series either directly or with the help of the Lightroom plugin you’ll first notice that Exif-metadat concerning the exposure of the images are dislayed correctly. This already is an improvement compared to the latest version 5.1.3.

It stands out that the graphical design of the app was revised for a better fit in Windwos8/10 environments.

Take a look at the following comparism screenshots: 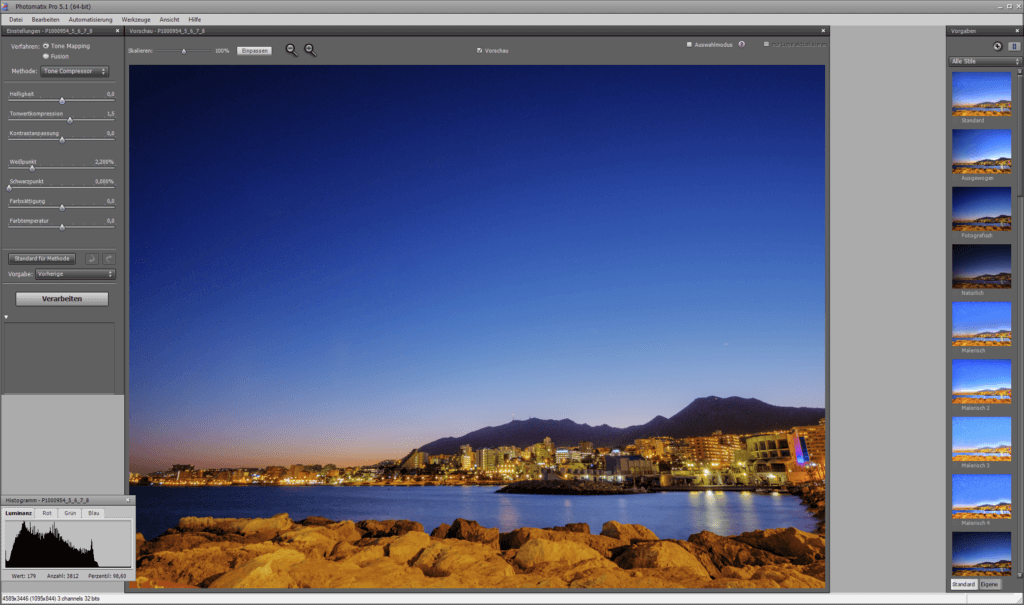 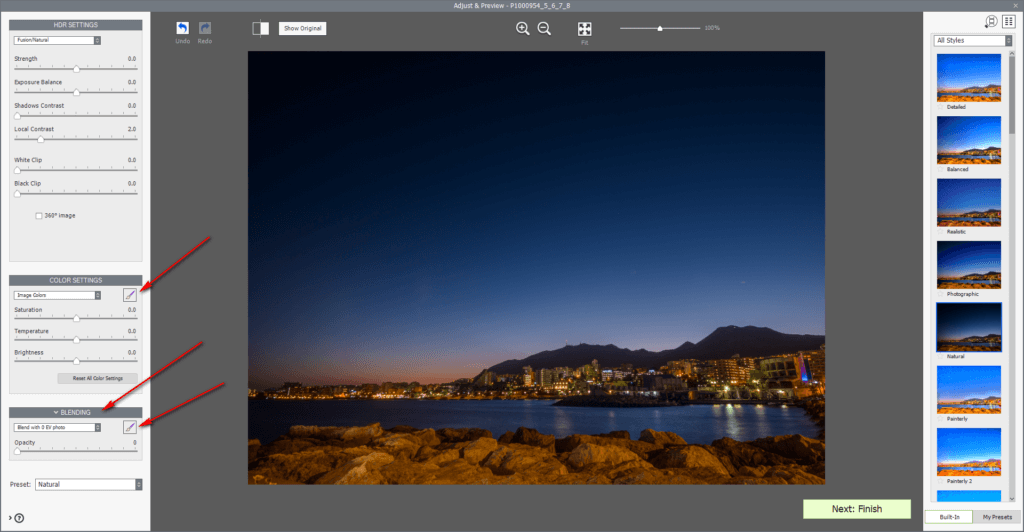 But for optical reasons only there was no need for a new major version and of course there are at least 3 new features which make Photomatix 6 more flexibel. First there is a new area  “Blending“, where the HDR is rendered with a certain image from the exposure bracket. Additionally you can manage the amount of opacity.

But more important and more useful is the implmentation of the brushes allowing to apply certain settings to an area of the image.

I did a little video on the changes in Photomatix 6:

This is a real useful option, but i doubt the necessity for implenting a orientation tool, this could be done better in later image processing with Lightroom or Photoshop.

The new version 6.0.1 implements some small but very useful changes, but maybe HDRSoft feels the strain because if you own Lightroom you probably don’t need a extra tool for this and even SNS-HDR or (so far) HDR Efex Pro are real good tools too.

But if you’re a registered user just download the update and try it out.