In the weekly review I reported that one of the hard disks on the NAS server was about to die. So there was a need for action.

As already described, I’ve been using OpenMediavault on the NAS for a long time, because the NAS is only used for backup purposes and the server is only booted via WOL.

For the backup of the photos a RAID 5 array of meanwhile 5 hard disks is used, otherwise a SSD is used as system disk for the operating system. RAID 5 would not really be needed, but that was historically grown, so to speak. In the meantime I had added 2 more disks to the system.

After one disk was at least very close to failure, there was a need for action. RAID has the disadvantage that hard disks of the same size must be used or their size cannot be used with larger hard disks.

SnapRaid is an alternative, because finally this system allows to mix hard disks of any size. At the same time, the paritiy information is not written directly, but under SnapRaid this is a separate process, which is usually triggered with a cron job. 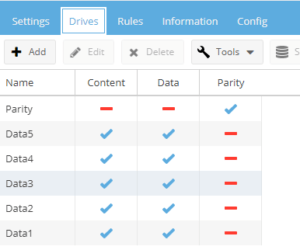 For this, deleted files can be retrieved and the system is particularly suitable for large files, which are perhaps also changed less frequently. And this is the case with a backup for photos and especially video files.

For OpenMediavault is a corresponding plugin available, with which SnapRaid can be set up. The hard disks of different sizes are provided individually with the appropriate file system, in my case ext4, and can then be set up.

Here 5 data disks and one parity disk were used. If you have 5 or more disks you should use 2 parity disks, but my disks are all 2 TB and the parity is a 4 TB disk. 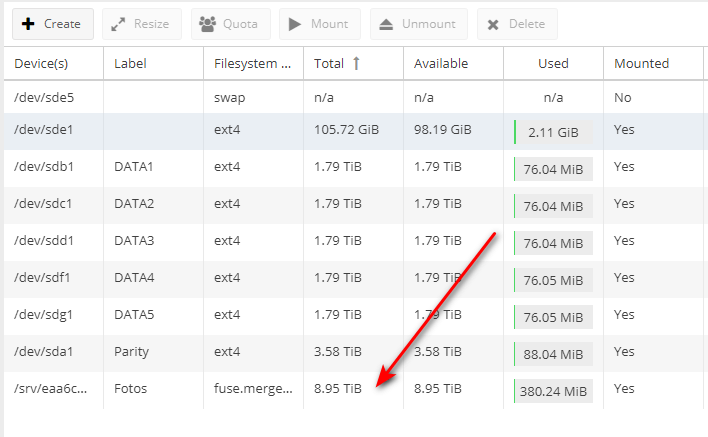 The disks in a SnapRaid array remain individually addressable. I.e. in case of a case the single disks can be read. Also only one hard disk is addressed at a time when writing or reading, and not all hard disks as in a RAID5.

However, this would mean that we would have to set up a correspondingly large number of shares when using Samba and would also have to distribute the files to the disks ourselves. But to avoid that the user has to store the files manually, we additionally set up MergerFS, a file system that combines all SnapRaid data disks to one pool. We just have a Samba share and MergeFS stores a file on the disk that has the most free space.

In this combination, I then achieve a storage space with almost 9 TB size, which should then certainly last for a while. 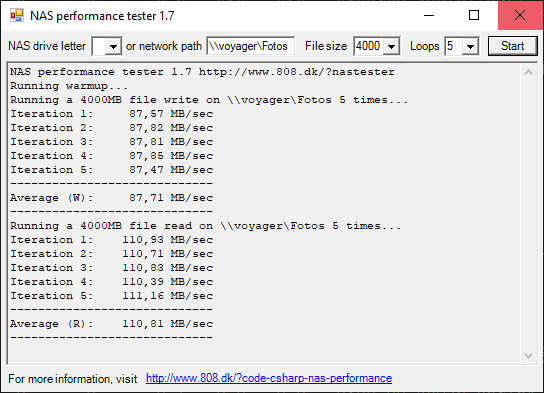 Since OpenMediaVault is quite small, I decided to completely rebuild the system. This was done quite fast. Of course you have to download the ISO file first and then create a USB stick with Balena Etcher.

By setting up a completely new system, the former RAID was not recognized as such. However, when I tried to delete the hard disks and apply a new file system, I got an error message saying that the corresponding device was busy.

I therefore started a USB stick with GParted and partitioned the former RAID disks outside of OpenMediaVault nine and created corresponding file systems. After that the mapping in OpenMediaVault was no longer a problem.

The speed when writing to the pool provided by MergerFS is a bit slower, but there are no restrictions when reading.

I like the new system and it provides more space than the old system. So I should be on the safe side for the next time. And as a backup I have connected hard disks via USB, which then again pull a copy of the OpenMediaVault server.