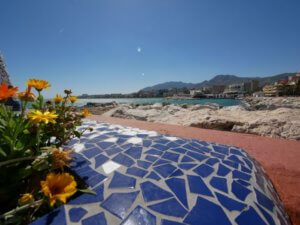 The last two weeks there were no blog posts because we enjoyed our vacation in Andalusia. A fantastic landscape or better more than one which offers a lot of photographic opportunities. At the moment i’m viewing the images and apply a first processing. Since the most hotels getting more and more impudent concerning internet access this time a made a variation of the procedure described in my article . I left the images on the different memory cards doing an additional copy to the laptop’s hard drive and made an additional backup to an USB stick. The SD cards used in my Lumix G81 can be write protected which make it a little bit safer while the CF-cards from my Canon 5D MK II can’t be protected this way.

So a little launt was the announcement of our service provider that EU roaming within the EU is free beginning with 15th of June when you return back home 14th June. Sort of bad luck but the prices of mobile internet connections are far too high compared to other countries. 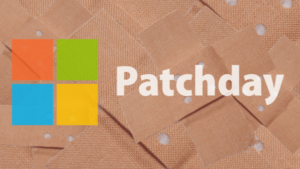 Besides a couple of updates for different apps it was Microsoft’s patchday again with a lot of updates for my l,aptop and the desktop computer. Microsoft is possibly concerned about another WannyCry attack so the even made patches available for Windows Vista and Windows XP  operating systems running out for official support a long time ago.

And talking about updates WordPress released version 4.8 of their web software. The new release brings a couple of improvement like some widgets for audio, images and video files. Even this update wasn’t big at all in no one of my installations the automatic update worked out and i even did get an email notifying about the new release. I had to manually start the update and the updates for a couple of plugins i use in my installations. I didn’t figure out so far why the automatic update didn’t work so if you’re running a wordpress installation check for available updates.

A short time ago i took a closer look on Affinity Photo, an image processor with a fair price and pretty sophisticated including local adjustments. Now the company announced the availibitliy of an IPad version. I can’t check this version but i’ll hope that the company will work on a Android version too. But there is a trend to mobile image processing for all kinds of apps.

And this is not the last announcement for this week, HDRSoft announced version 6 of their HDR tool Photomatix. Even its a major release the update is free of charge for registered users of Version 5. But i have to take a look on the improvements implmented by HDRSoft.

All in all 2 very interesting weeks. I hope you like the articles and i’m waiting for your questions and comments.