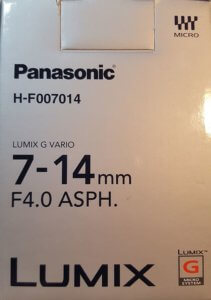 As promised in last week review 6-2017 after added a new lens to my equipment i made a comparism  Panasonic 7-14mm/4.0 and the  Olympus 9-18mm/4.0-5.6. Both ultra wide angle lenses lack an optical stabilization system which is sort of a philosophy for Olympus and no problem at all with newer Lumix cameras because of stabalizing in the camera body.

The Olympus lens can be pushed for transport purposes and is very small and compact, while the Panasonic seems to be pretty big because of its curved front lens. This advantage of the Olympus lens will modify if you take a look at the lenses if both are to shoot and remember the Panasonic offers f 4.0 over the complete focal range.

Talking about the optical performance the  Panasonic 7-14mm/4.0 is slightly better than the  Olympus 9-18mm/4.0-5.6. Both lenses perform very good in the center , but the edges are are a little bit better with the Panansonic 7-14mm. It isn’t as good as the Canon 16-35mm/4.0 L IS , but compared to the other ultra wide angle lenses it takes good second place. Anyway the Olympus 9-18mm still is a good wide angle zoom lens for mFT systems.

If you follow this blog you probably know that i use the plugin from Jeffrey Friedl to upload my images to  flickr ever since Lightroom version 3 when the plugin provided by Adobe didn’t work anymore. The selection of the images which are to be uploaded to flickr is done with a smart collection. For every image uploaded i aplly a watermark to the image with the mogrify plugin and some metadata are deleted with the metadata wrangler before uploading. .At the same time one of the images is posted on Twitter with the flickr plugin. The last week i get the error message described in the screen shot, but of course the JPEG are files exported to a temp folder are readable and displayablöe with other apps like Irfanview. I also activated the debug log in the plugin, and the error definitly comes from uploading to flickr. Flickr just mentioned problems with third party programs like the plugin ;-( but anyway since thursday the error message occurs very occantionally only.

And a tlast i had more and more problems with my Samsung Galaxy Tab, because it ran out of memory, which is not plenty with 16 GB. I already deinstalled apps, which were used only very seldom. But last week the email app could even open a msall email attachment because of missing ram. 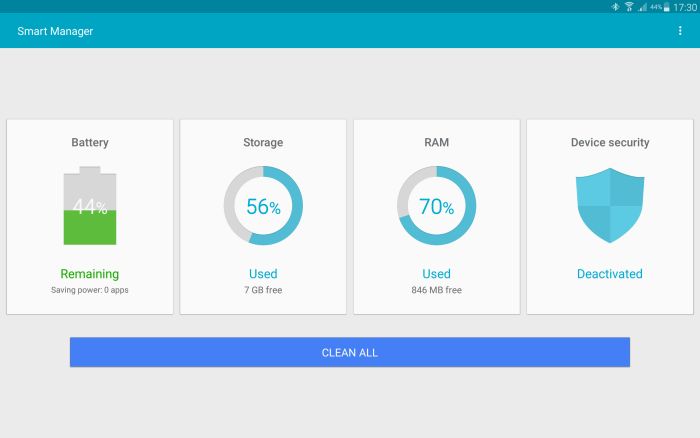 So i decided to reset the tbalet to factory defaults. If you are using a Google account and save settings and used apps to this account there shouldn’t be a problem because the apps are reinstalled automatically, but you can choose the apps you want to install. Because all accounts must be renewd the frist login is a new login from a new device. This is why the the 2 factor authentification demands a new pin. IBut it was worth it, now i have almost 7GB of free memory.