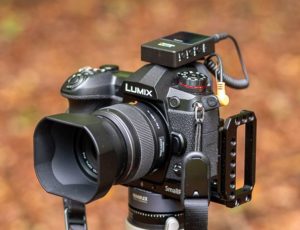 This week I introduced you to the Comica X-D. This is a relatively inexpensive microphone radio link, which is available with 1 or 2 receivers in a set. In my case, the set consists of a transmitter and a receiver, each of which has a built-in battery. Corresponding cables for cameras as well as smartphones are included, so you can get started right away. 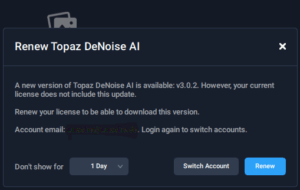 There is a new version 3 of Topaz Denoise AI. At first, when you start the program, you get the hint about the new version 2.4.2. I did this update, too. After that I get the hint for version 3.0.2, but the update routine wants to renew the license. Normally the license costs $ 79.99, the update costs just under $ 50. And this after a little more than 1 year after I licensed the version. That I still have to think about or if I don’t bite the bullet and get DxO Photolab because of the better results. But DxO Photolab only as a denoising tool is also quite expensive. 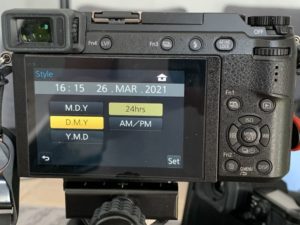 And today was again the change to daylight saving time, where again 1 hour was stolen from us. But did you remember to change the clock of your camera as well, so that the shots are provided with the correct shooting time? If not, then make up for it.

All in all again very eventful weeks. I hope you enjoy the articles and look forward to your questions and comments. And otherwise I have to say again “Keep your distance” and “Reduce contacts”. Rules that still apply despite the relaxations. And unfortunately the numbers went up again.