Almost like all manufacturers, Skylum is now releasing an update for its Luminar AI in the spring. 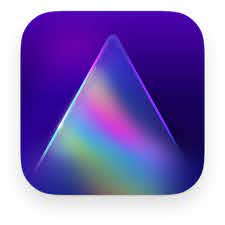 In December of last year, Skylum released Luminar AI, a tool that aims to greatly simplify the work of the photographer in the field of retouching both portraits, beauty and landscapes. Now Luminar AI Update 2, as it is officially called, is released with some improvements.

I have tried this update2 once. It is version 1.2.0 and I assume that nothing significant has changed in the few days until today’s official release.

I have recorded the following small video: 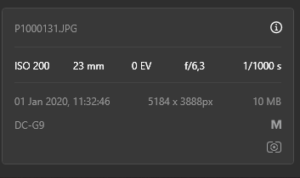 There are a few small improvements, which concern among other things the info panel with the basic Exif data. This is now always shown, so you don’t have to open an extra info window anymore. This is quite handy when you are in the catalog or single view. On the other hand, only the few Exif metadata are shown, but maybe that is also a problem of the catalog.

But at least a small improvement compared to version 1.0 from December.

Then in the development module an improvement was introduced, that the buttons to disable or reset changes are only visible if changes were made at all in the respective development section.

This is indeed a small, but very useful improvement. Besides that, there is an option to display the histogram.

The module for exchanging sky parts has been improved. 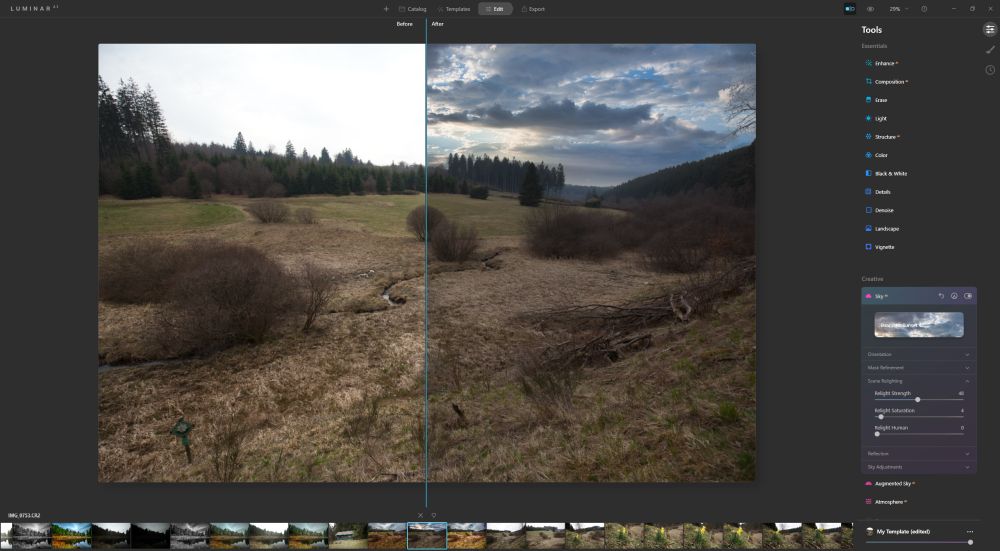 On the one hand, the cloud image can now be moved directly the in the horizontal or vertical position. Also a rotation is possible, in order to produce in each case an altogether more suitable picture.

What is new in the current version is that Luminar AI can now create a matching reflection of the clouds on water surfaces, which looks very coherent overall. One works probably also already on the fact that such reflections of the cloud picture can be produced also in large glass surfaces.

Textures and other overlays

Also new is the overlaying of a photo with arbitrary textures, which I also tried once: 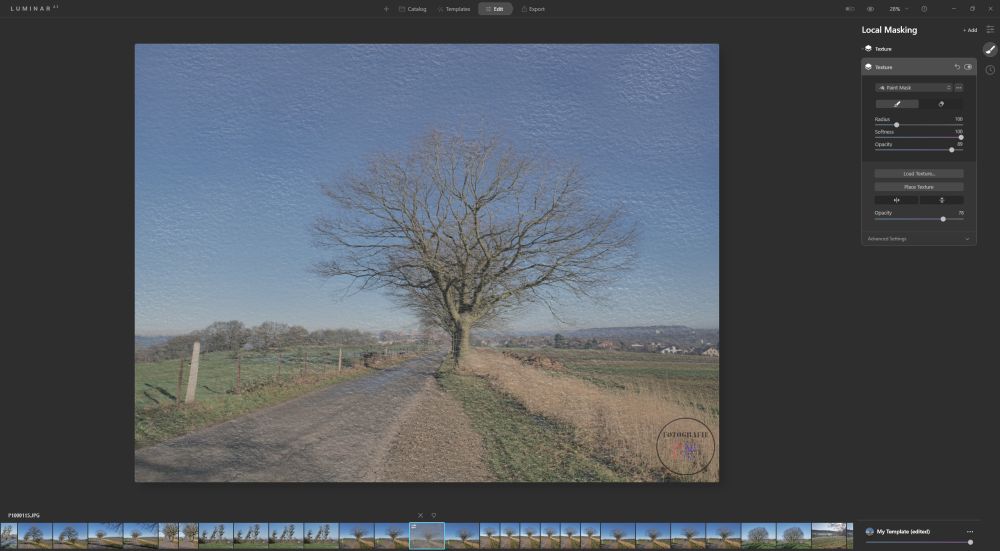 The textures are PNG files with transparent background. I tried this once and loaded the same multiple textures files into the photo. So you can also integrate your own logo/watermark into the photo.

The special thing is that you can also create your own template from such a set, which you can then apply to many photos.

The Update2 of Luminar AI really brings the program forward, especially with the substantially improved replacement functions for the sky area. It doesn’t matter if you use Luminar AI as a standalone program or as a plugin for Lightroom.

You can download a trial version and make up your own mind about Luminar AI.