Last week review 41-2019 and this week there realy was alot of rain, but nature needs it  😉

This week i tried again to disprove the arguments from the supporters of the DNG format, since this format ahs a lot of disadvanteges on the the other side. This will modify the real and the pretended advantages of the format.

The first mentioned advantage about DNG being a consistent and a open standard for RAW images is apparently not honored by the camera manufacturers. This is a matter of fact and all users as consuments have to accept this or we have to decide to buy cameras only that write or at least support the DNG format.

Another argument is that the DNG format will lead to smaller file sizes and thus save storage space. Mainly this effect is accomplisehd by reducing the thumbnail in a raw images in size and quality. If you choose to leave the thumbnail in full size you 1 MB only per images and this is less than 5%. So my conclusion is not to use DNG format.

For owners of a MAC system Adobe officially disadvise to upgrade to Max catalina because of some compatibility iissues. Probably not Lightroom Classic is concerned but also a couple of other Adobe products. As i recall it this is not the first problem in combination with a new Mac OS release. As a Mac user you should follow up this problem for other programs and plugin smight be concerned. 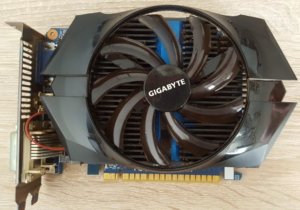 If you read this blog you know that a run a Linux system as a NAS server. The Linux system is a  Debian distribution. For a backup of all my images there is a RAID5 system  installed consisting of 3 harddrives. Now a couple of days ago i got a notificatoion from the smartd daemon telling me that one of the harddrives has anreadable sectors. This is a alarm signal so i used this as a opportunity to setup a RAID 5 with 4 harddrives but also i gave  openmediavault a second chance. This i will report on later.