On the occation of the Adobe Max conference starting 15th Oct Adobe published a whole bundle of new software releases and published a new program. 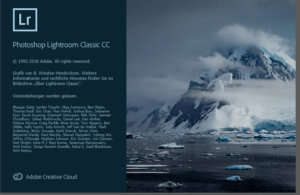 First of all there is a new Adobe Camera RAW version which now supports the new mirrorless cameras from Canon, the EOS-R, both of Z bodies from Nikon. Besides this the new Fuji X-T3 is supported as well as the Lumix LX100 II.

There is a new processversion 5 implemented whichs supports Apple’s HEIC format and for the new Iphones only supports the depth masking. Since i don’t own any Apple devices i could not test this one.

According to Adobe they made the tether module more stable and faster.

There is a new option not only to merge HDR or panoramic shots but now you can merge a HDR panorama. This is a logical extension to the already implmented options. But lets take a look onan example 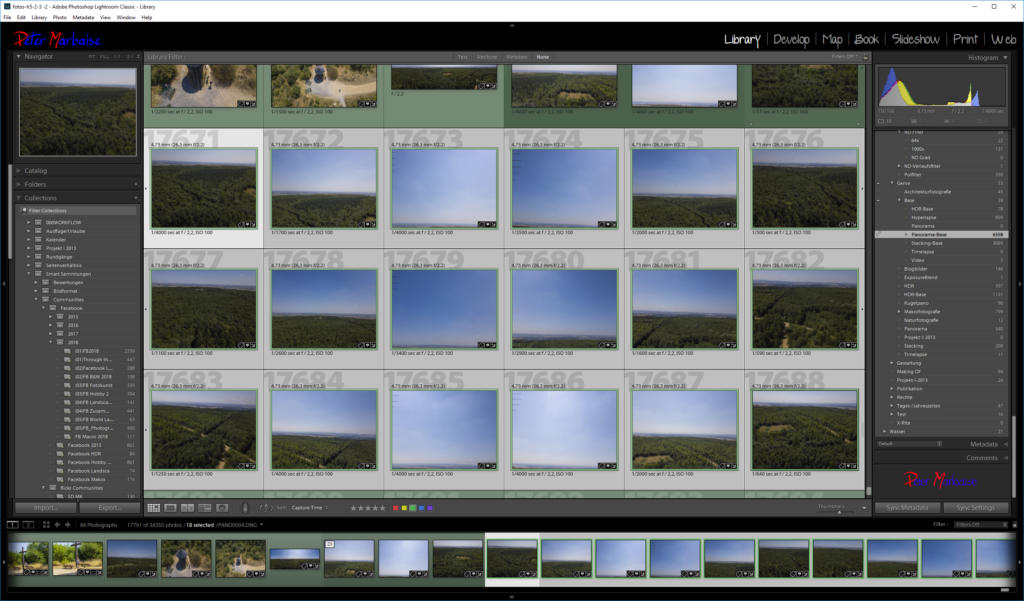 Here is the selection of a HDR panorama consisting of 5 images each with a distance of 2 EV. The preview of the panorama looks pretty dark. 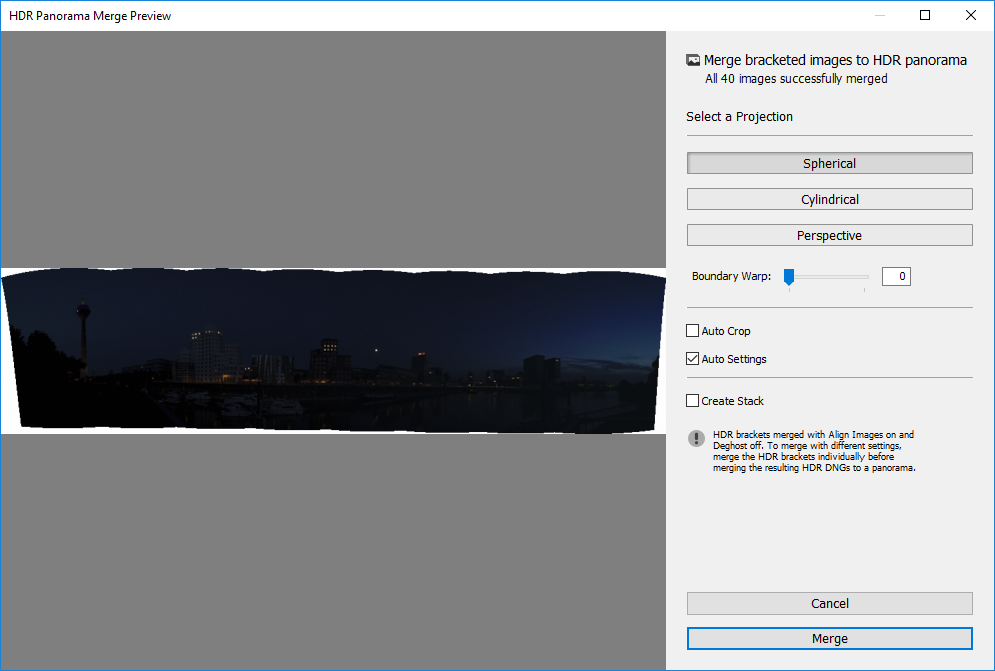 And here the final result after correction expsoure and finla process version:

Not a bad result at all but taking PTGui the result looks a little bit better without any manual corrections:

But anyway the new option will put preasure on companies like PTGui and others.

According to Adobe the new process version will also improve handling of high-ISO images. So i did a little test with an image captured at ISO 6.400 and exported it with the same settings both in Lightroom 7 and Lightroom 8. But i can’t see any difference: 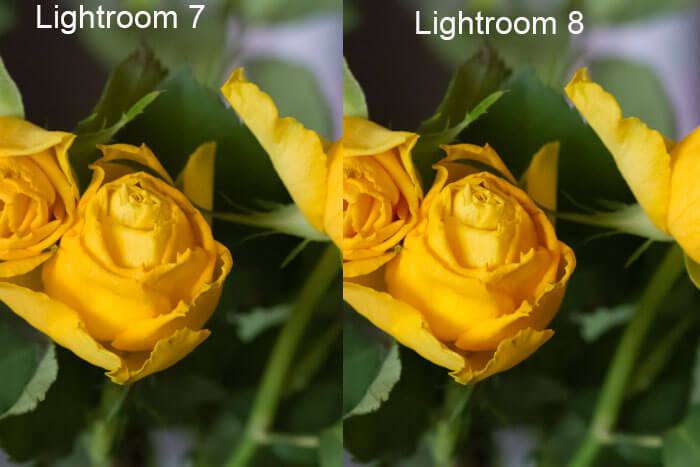 The changes in Photoshop CC are to viewed later.

The changes in Lightroom Classic are not enough to change the major version number, because the only thing left for me is the HDR Panroama.

What do think about the new versions from Adobe? I would like to hear your opinions in the comments.