One of the advantages of the Aspire V5 is that the notebook is offering an mSATA interface so that you can also run a SSD in addition to the regular HDD . 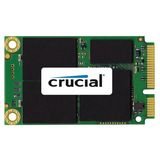 Because of the good value for money , I have decided to order a 250GB Crucial M500. I wanted to definitely have Windows 8 and all programs on the SSd to operate the 500GB hard drive as a data drive .

The Crucial is not one of the fastest SSD , especially in the writing speed , but since photos are already stored on the regular HDD, the write rates played a minor role.

The installation of the SSD was not an issue , because it only requires to remove the entire underbody of the notebook. 17 ! small screws are holding this part . One just needs to have the courage , because the part is firmly clamped with small noses, slightly raise the part to remove it can .

To attach the SSD you need a small screw M2, 5 The included small screws in the SSD were a bit too small , so I ‘ve only once locked the SSD with scotch tape .

After installation best engage only the underbody, and do not screw it .

The only drawback of Acer notebooks is the fact that you just will not receive installation DVD and all attempts , a clean re-install Windows 8.1 , have failed.

So the existing installation of the HDD must be cloned to the SSD. One searches the net on this topic can be found in general answers that discourage rather from a cloning the installation. Lack of appropriate installation media remain me, however, had no other choice . I am in the process has been handled according to these instructions .(sorry article is german, could not find an english article)

So downloaded the Macrium software as a trial version and off you go. Cloning we present on the HHD partition for Windows 8 in the size adjusted accordingly. 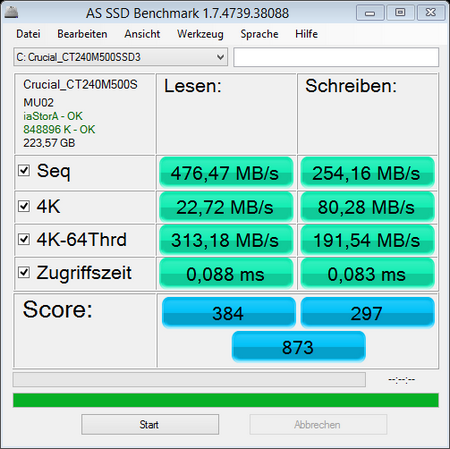 The Acer Aspire V5 576 is an excellent notebook that is very well suited due to the full-HD resolution and matte displays also the field of photo / video. Acer only should update the drivers so an update to Windows 8.1 is possible.

Cloning the HDD as described above I have done on battery power, while the battery lasted through nearly 4 hours . Surfing one or only writes articles then you reach a battery life of 6-7 hours ( display brightness in the lower third ) , which is a very good performance.

In short, I am satisfied with the part , even if would have preferred , Windows clean install . Have you perhaps had the same experiences , or perhaps a completely different notebook your choice . Let me know via the comments or would like to ask your questions .