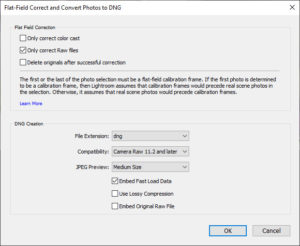 The release contains first of all the support of new cameras like for example the Canon 250D and new lenses like all third version of the Canon 70-200mm/2.8, the Canon 400mm/2.8 and the 600mm/4.0 telephoto lenses are now supported.

As a new feature Adobe imtheplemented a so called flat-field correction. This new function requires a conversion of the raw files to DNG format and must contain a calibrated image. I’m wondering about this new feature, because in a blog post from 2013 the issue is described and the solution via a DNG plugin released by Adobe. I can’t judge the improvements of the new built-in feature.

Another change was in the import dialog importing images from SD-cards. They now are imported from the file section and from the device section in earlier versions. 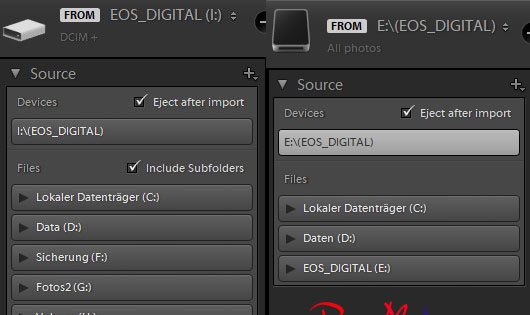 I can’t see a real improvement for your workflow but maybe if i use this function more often i get the point.

The development module got a new ruler for textures in the images, like hair and other structures. The texture feature can be applied to the image or in local corrections.

Hier a comparism with the new option on the right side, where i set the ruler almost to 100%. 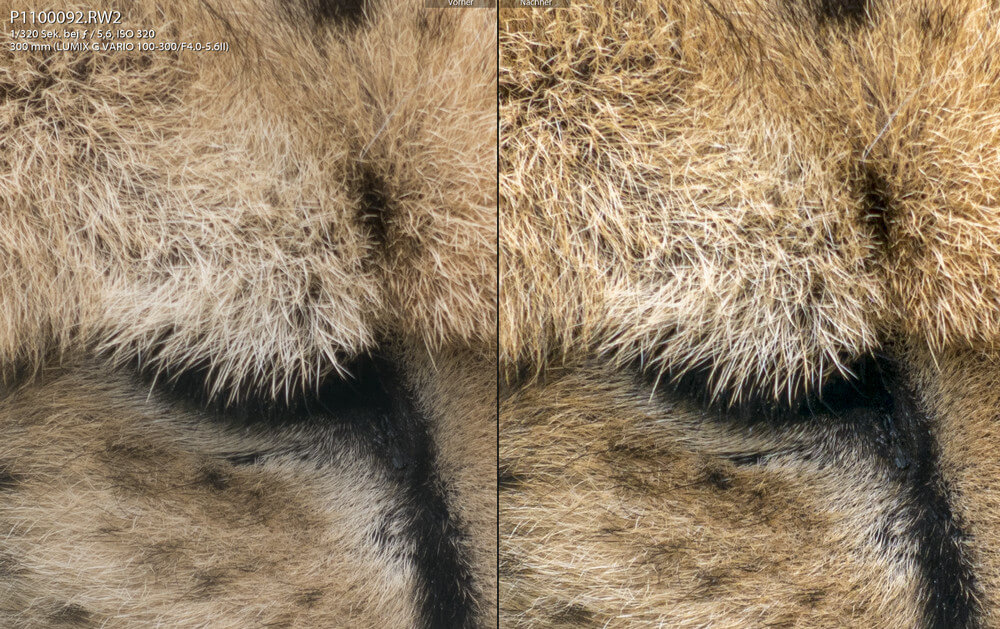 If you apply the ruler in reverse to a negative value the effect is more obvious like in skin. 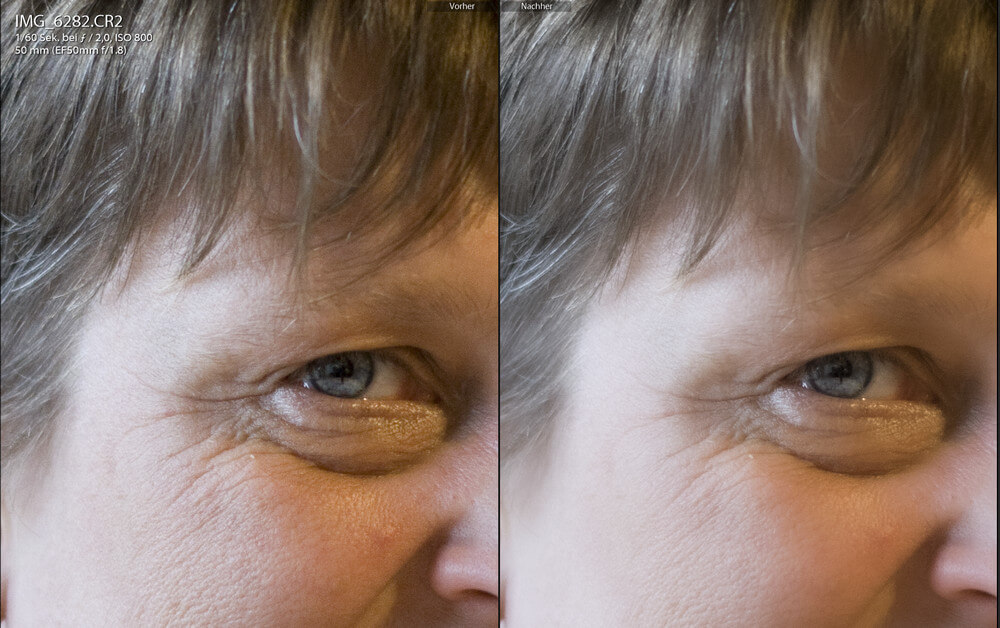 At at last Adobe improved the performance applying auto functions in the development module. This is a point hard to measure but ok we just believe in it.

As a conclusion i must state that the improvements are marginal and its getting harder to keep the promise to the customers in a subscription model implementing new functions. In the old days where could buy a Lightroom version you probably decided not to upgrade. Ok its not a major update, but it is a general problem.

What do you think about this update? Is it a good update or are the new function not really an improvement. Let me know in the comments.