Last week review 43/2015 and quite funny its getting warmer, but more dusk … 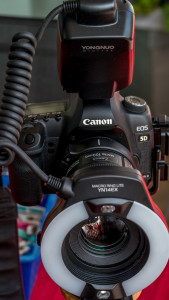 Just right for the darker time of the year i introduced the [post id=1105]Yongnuo YN 14 EX Macro flash[/post] to you, a sort of ring flash to get more even illuminated close-up and macro images. The YN 14 EX fully supports E-TTL and is delivered with a couple of adaptor rings for different filter diameters to attach the flash in front of your favorite macro lens. I’ll use only the 67mm ring to attach the flash to my 100mm/2.8 L IS.

The flash consist actually of 2 small flashes and you can ratio the power of these flashes with the control unit, which is attached to the cameras hot shoe. Being able to control the flash output ratio you are able to avoid flat lightning on a close-up image. 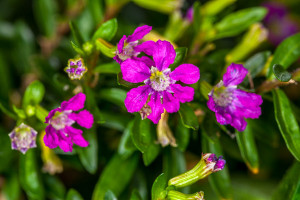 The E-TTL control allows to catch the environment light with the macro flash pretty easy to avoid images with a flash character. You also can control the light as a support for fill in flash for the the lightning in a calyx.

I’m pretty happy with this flash just like with the other Yongnuo equipment, like the [post id=149]YN 622C[/post] triggers. And the manufacturing quality is on a high level. 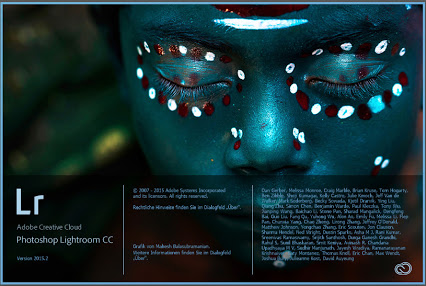 After the full-bodied announcement from Adobe after the [post id=1217]criticism[/post] on the new Lightroom 6.2.1/CC2015.2 version its quite silent. But the promised update didn’t show up so far and Adobe didn’t keep the promise to get back to the old import dialog so far. Some users downgraded to Lightroom 6.2 because of stability problems. But it shouldn’t be a problem for Adobe to release a new version, because they are owner of the source code 😉 But i’ll guess we have to wait and see. 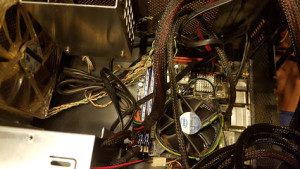 This week it happened, after cleaning the fans of my Linux-NAS the system didn’t start again 😉 Panic I tried a lot but couldn’t figure out the cause of this servere failure. But happily all harddisk drives were still ok and working perfect. Ok this means get to the next store and get the required components like a new mainboard, CPU and RAM. A new mainboard because there was no ITX board availabe with the CPU socket needed. The new mainboard supports socket type 1150, so i got a new CPU and since the new mainboard woudln’t support DDR2 Ram i git 4 GB DDR3 Ram.

I’ll probably report on the configuration next week. Meanwhile the new server is up and running, but all in all it took almost 1 1/2 days for setup and configuration.

Did you remember to set your clock to wintertime this week end? Otherwise in the article about [post id=274]daylight saving time[/post] i gave a couple of tipps what to do if you forgot it.