Yesterday on July 27th the big day arrived, everybody owning a Windows 8/8.1 could upgrade to the brand new Windows 10 version for free.

According to their announcement Microsoft started to roll out Windows 10 upgrades yesterday. Since i had the upgrade symbol  in my [post id=1032]task bar[/post] for quite a while i did make a reservation for Windows 10 on my laptop. Downloading the upgrade file with a size of roughly 2.7 GB did take a while, and the download would have been faster because Adobe wanted to update and the Nvidia driver too.

Before applying the upgrade a made an image of the Windows 8.1 installation with [post id=411]Clonezilla[/post], so just in case if something going wrong i would still have a functional Windows 8.1

The upgrade itsself was done quite fast or at leat fast enough and after a couple of the usual restarts Windows 10 shows up with a new look. All symbols are updated but you’ll probably notice one thing right away, Microsoft did go back to a start button, which was removed in Windows 8. Ok its more a combination of the start menu from Windows 7 and displaying the most important apps in the well known live tiles. 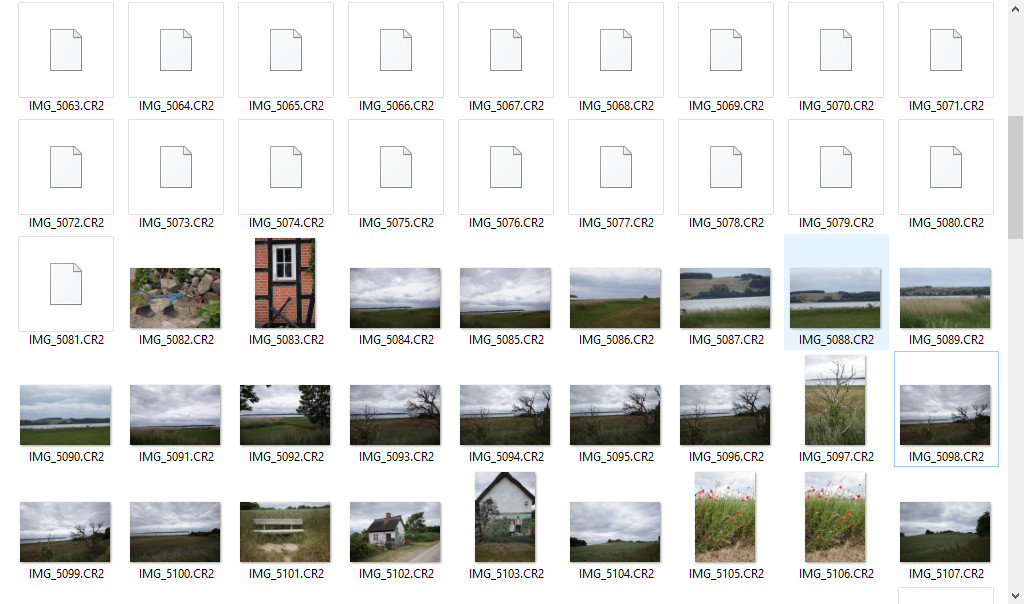 Windows 10 pretends to display video and play audio files without the need for specialized codecs, making it ideal for multimedia. Talking about the raw files from my Canon and my Lumix camera the file explorer displaying probably the thumnails, but seems to have problems with same files as you can on the screenshot. Trying to display an older video file in mpg format, Windows media player ran into problems, there was no video, only audio worked.

For photographers Lightroom is running and Photoshop too. But i detected a problem executing Photoshop from within Lightroom. On some files (mixed cr2 and rw2 raw files) i wasn’t able to process them in Photoshop. The context menu for all Photoshop and [post id=962]Perfect Effects[/post] processing option were greyed out in the menue. I couldn’t figure out the reason why this happens ;-(

In this short period of time i couldn’t test out all the programs installed on my laptop, but as far as i can tell PTGui,Pano2VR and the Creative Suite CS6 is running.

As a first conclusion i only can state that rolling out the upgrade for free is very good, because paying for it just would have made a little bit angry. By the way the upgrade should be called Windows 9 or even better Windows 8.2

I will continue to play arround with the new system the next couple of day, but if the above mentioned problem with Lightroom is not to be solved (Adobe didn’t report any problems in their blog, even though there are the first entries by users having problems) i’ll try a so called clean install. If this still doens’t solve the problem i’ll go back to Windows 8.1 ;-(

What do think about Windows 10 or do you have own experiences with the new system? Just let me know in the comments.