In my article  I dit it, my first mft cam i already posted , that i got into the mFT system wiht bying a Limux G6 camera.

The main reason for investing in the new system was reduction is size and weight and the fact, that even though the camera is small, especially compared to a Canon 7D or 5D MK II it fits pretty good in my hand. Meanwhile a couple of lenses completed the equipment:

Picking up a camera bag with the complet system you’ll think there is nothing in there compared to a 5D euqipment in my Kata N30, which carries the Canon equipment. What i’m missing now is the 45mm Macro lens.

Comparing sizes of the bodies and the lenses: 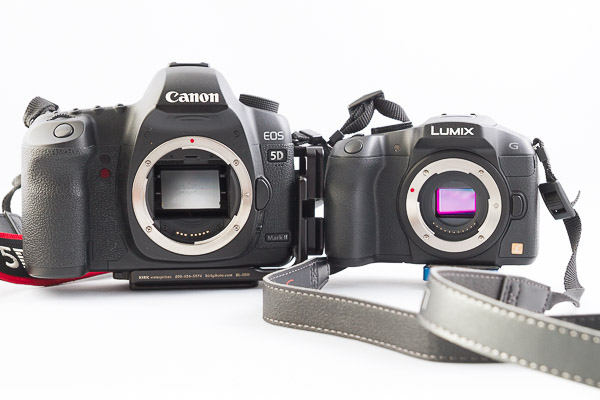 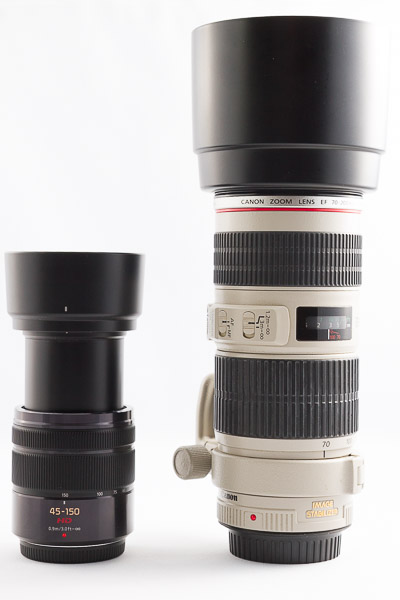 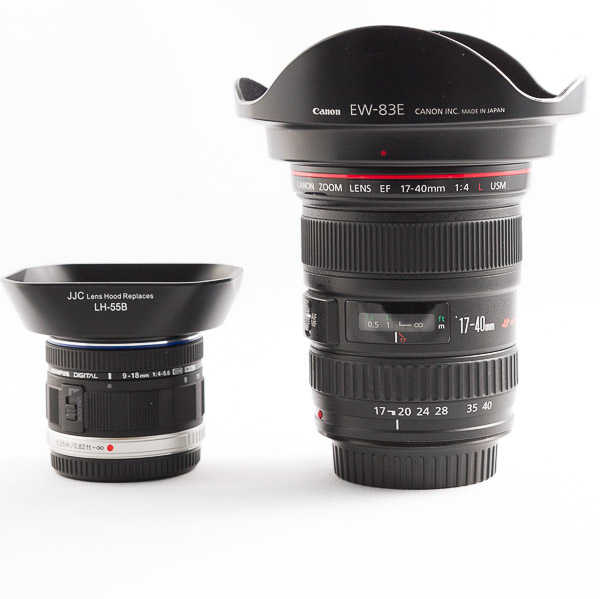 If you as my readers accept that some comparism will not work out, we’ll talk about almost the same focal range, only the mFT lenses have a little bit less maximum aparture. Comparing weight we talk about 2.585 gr for the Canon and 818 gr. for the Lumix system. I know that a lens for full format will have a bigger size constructon to handle the full format sensor. 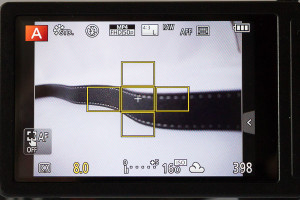 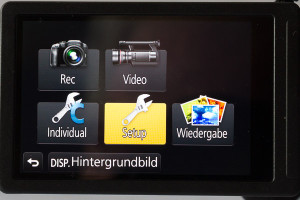 Using a Canon camera for timelapse shots you’ll either have to use Tether software for your smartphone or tablet or you have a appropriate cable release. The Lumix has biult-in intervall timer, which you can use for timelapse sequences.

Talking about tether software, the Lumix can be controlled wireless 😉 an appropriate app is available for Android systems like a Nexus 7 2013 tablet or your favorite smartphone. The tether software works out proetty good, as far as i can say playing arround with it a little bit. You’ll choose either a Wi-Fi connection or NFC to conneect to the camera, but i prefer the NFC connection, cause this gives me the chance to share the pictures  Google+, facebook or Twitter, if you choose JPEG quality.

At the moment you’ll probably noticed i’m excited about this little camera, but the duration of the battery is not as good as needed. But this problem can be solved by talking spare batteries with you, which won’t count in terms of weight.

Te built in flash light will lead into noticable shadows in the lower part of the image using it at 14mm, but this isn’t a problem for me 😉

I’ll like this small cam and looking at the small lenses i’ll speculate about my Canon gear ,-) no til now i’ll got the Lumix sureky as a second system besides my Conon equipment.

The optical qualitiy will be looked at in another article, but as far as i can say only checking out the lenses after buying them they are pretty good.

What do think about the mFT system, do you have such a system. Please drop me your experiences in the comments.