There are a variety of RAW converters available that perhaps can even be an alternative to the top dog . In the comparison, it was primarily the time to convert to JPEG Tiff respectively , and in one I still looked at the use of XMP files . 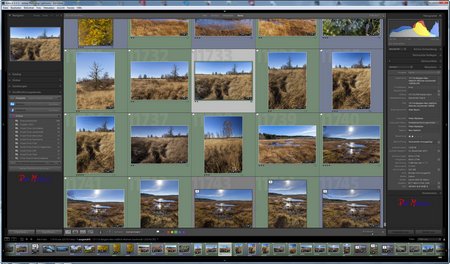 I am doing no secret of the fact that I work with Lightroom 5.3 and currently see no need to upgrade as it offers me everything I need.

Lightroom is a good RAW converter that provides to a pretty good management of the images , and integrates seamlessly Photoshop CS6. Lightroom is of course not free of charge , you hvae to pay about 80 , – € , and it runs on Windows and Mac.

Still, I prefer it here once as a reference approach , also in terms of metadata acquisition .

The latter is especially interesting when you might really want to use a different converter , because it might for certain subjects (eg skin tones) better results than Lightroom. 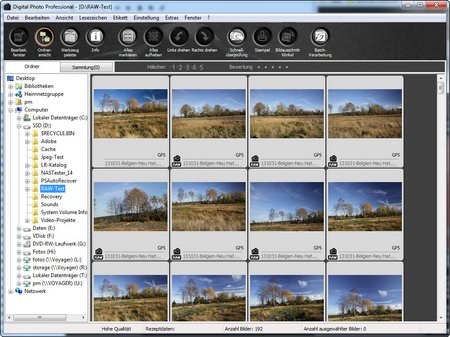 Canon’s own RAW converter DPP is free and also runs on Windows and MAC. However the developing capabilities are restricted, on the other hand its enough to get started. DPP can read the possible parameters , such as exposure , white balance or saturation can be changed.

In addition DPP offers an HDR option and a correction facility.

DPP offers an option to pass the image to an external program. Since the program is included with every new Canon DSLR, it is certainly a good start to make friends with the RAW processin1g . However, the Canon converter has absolutely no options to read XMP files. 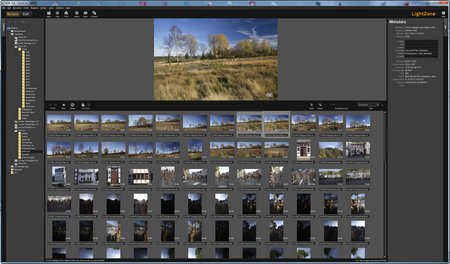 LightZone is another RAW converter and now released as an open source project in the version 4. LightZone is in addition to the Windows and MAC version also available for Linux .

Critical to an open source project is the fact, that you are forced to a registration to to be able to ever download the program. 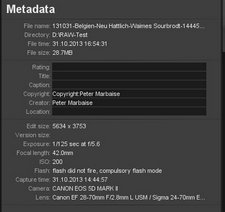 The program allows full editing of all image parameters and local adjustments are possible. However, I have not manage LightZone to read XMP Files, although it should be possible according to the documentation . I suppose it was a mistake on my part . 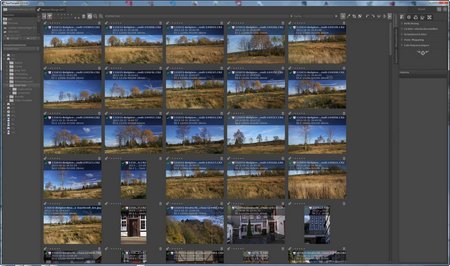 Another representative is RawTherapee. This RAW converter is available in a version for Windows, Mac and Linux. The program can be downloaded without any registration and there is a German documentation.

RawTherapee can read XML files( they even plan to write XMP sidecar files in the future). Exif data even including GPS data is displayed, but keywords or ratings added in Lightroom are not accepted.

Thus too bad I found it in the RAW conversion , at least in full size, this could complete this job once when measuring the speed of 191 RAW files of the 5D MK II . Ranking order of RawTherapee in terms of speed is approximately at the speed of DPP . 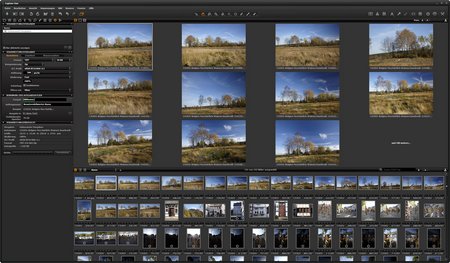 As another representative I took a look at version 6 of Capture One .

Capture One is available for Windows and MAC . A distinction is made between an Express and the Pro version , the differences between the two versions are compared in this table.

Who , for example, would like to have local corrections , the Pro version is required, which costs about 229,– €. Like the Adobe programs there is an opportunity to download and test the programs over a period of the 30 days before buying a license.

Capture One takes over all the data from the XMP file that is certainly not uninteresting, just if you’re thinking about switching from Lightroom.

Another RAW converter is Zoner Studio 18 which is available for Windows only at a price of 79,– €.  Zoner differs between changes applied to the whole image and those developments only for a part of a image. The later ones lead into saving the developed images to TIFF16 for further image processing. Talking about speed Zoner ranks close to DPP 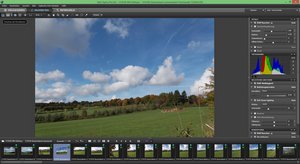 As a last representative of the RAW converters there is DxO Optics Pro, which was offered free of charge for a limited time, but just the version 8.5. For this version there is a seperate [post id=704]article[/post] available. The up to date version 10 costs 129,– €. DxO offers every funtion you’ll need to develop and export your raw images, but in contrast to Capture One DxO doesn’t read the XMP sidecar fies, which is a little bit surprising, because DxO offers an export to Lightroom.

But now to the actual comparison. I copied from a folder 191 files (RAW between 25-30 MB) , and exported then compressed with the various RAW converters to JPEG , and TIFF TIFF16 . Between each export , the computer has been restarted to avoid any caching effects. The import and the export is done from a SSD.

I was this comparison since surprised when LightZone requires 3-4 times as long compared to Lightroom. I did not think that is the difference so great .

Now maybe you could argue who converted so many Raws in one fell swoop . There is now again a matter of personal preferences , I’m doing quite a lot of Panos or timelapse shots. In both cases quite a lot of photos needs to be converted to TIFF16 as a rule , in order to further process .

How do you think the speed is a criterion or play them for you not matter because you are more interested in the single image. Which Raw converter do you use. Just leave me your comments / suggestions and questions gladly .