For Luminar NEO another extension has been announced and that is Focus Stacking, which should be released now in mid-November. I already had the opportunity to take a look at a beta. 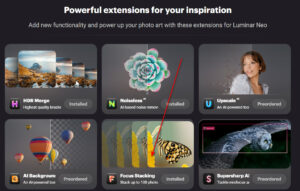 In close-up and macro photography we as photographers are always confronted with the problem that despite stopping down the achievable depth of field is still too small. In addition, we cannot stop down the aperture without limits, because then the problem of diffraction blur arises. The only solution is to take several or many pictures in which the focal plane is shifted a little. This can be done manually with an adjustment slide or with an appropriate app.

I had already compared Zerene Stacker and Helicon Focus a long time ago. And now Luminar NEO joins this series with a focus stacking extension. The extension is either with costs or you have subscribed to Luminar NEO. You can also order Luminar NEO with a cost advantage of 10€.

I have created a small video about the extension:

To try it out, I took mushroom pictures of course adapted to the season, where I took several pictures with different photos with an app. 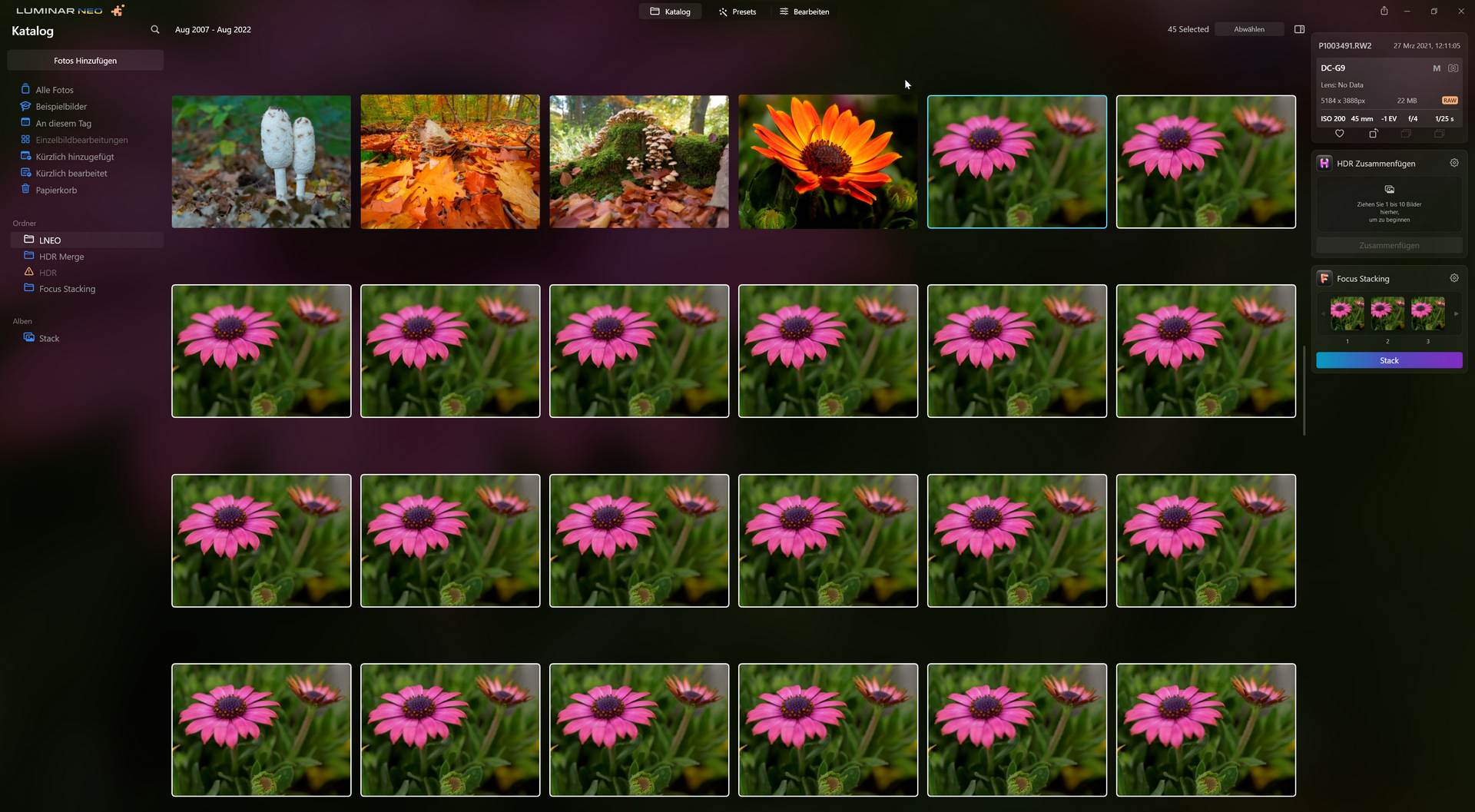 There is of course also with other objects, flowers or jewelry are there grateful motifs.

The extension doesn’t offer much in the way of settings. You can only align the single shots, which is recommended, and also remove the chromatic aberration. 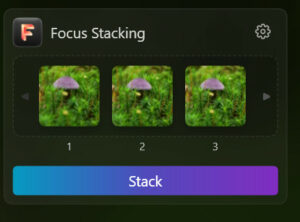 The images are then listed as shown here and then the individual images are added together.

As with the HDR extension, the finished images are collected in an automatically created album and saved as a Tiff file.  Of course you can then process them further, either with Luminar NEO or any other program.

However, this album is also stored in the user’s profile in the C: drive, just like HDR Merge. There should be an option to choose the location or at least to store it in the original folder.

With Helicon Focus the single images are also loaded into the program. These can be either Tiff files or RAW files. 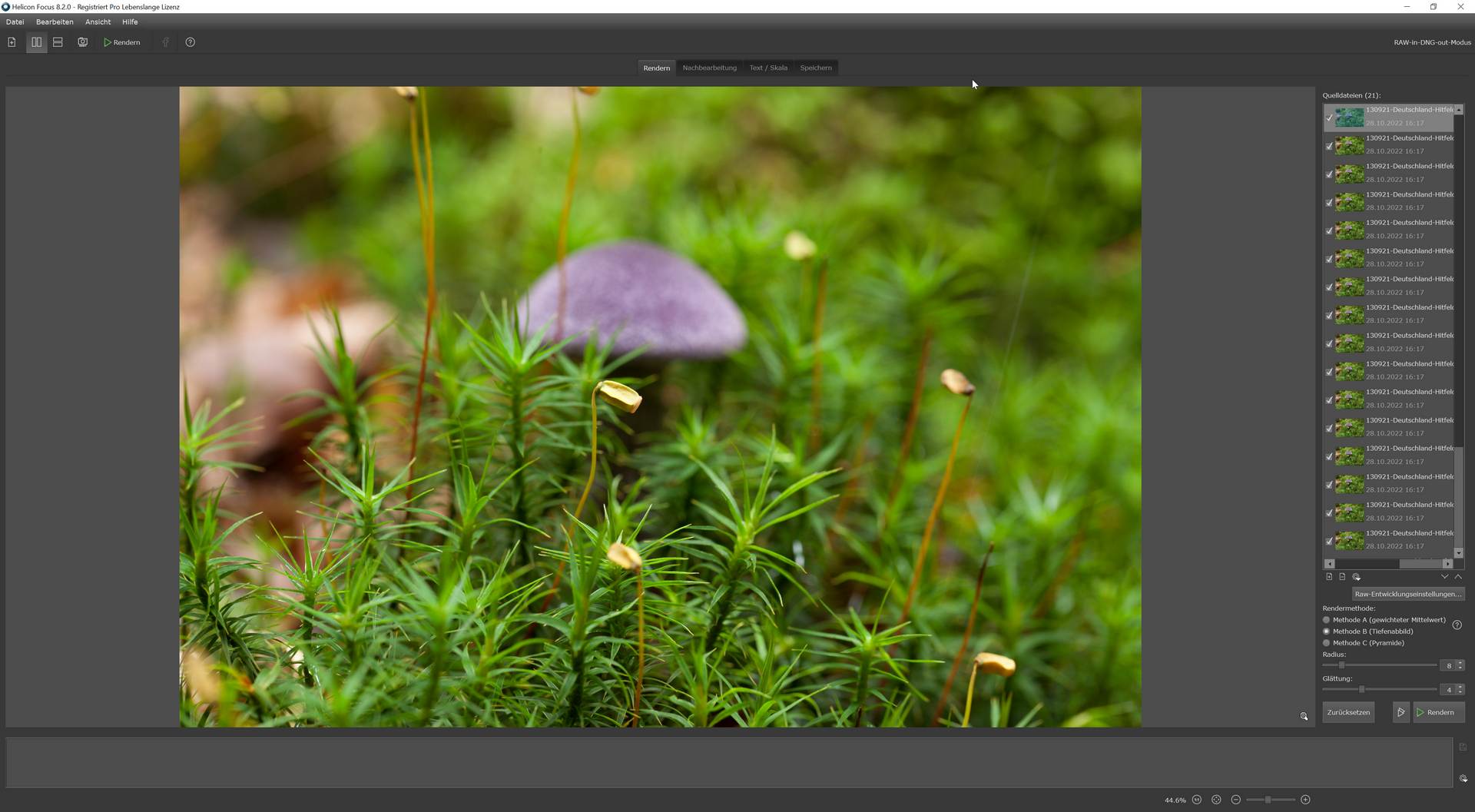 Here, however, you can see the process of how Helicon Focus assembles the different focus layers. It’s not critical now, but you have more intervention options with Helikon Fokus. The finished can be saved as Tiff or DNG and also already shared on different platforms.

The results can be seen in both cases. 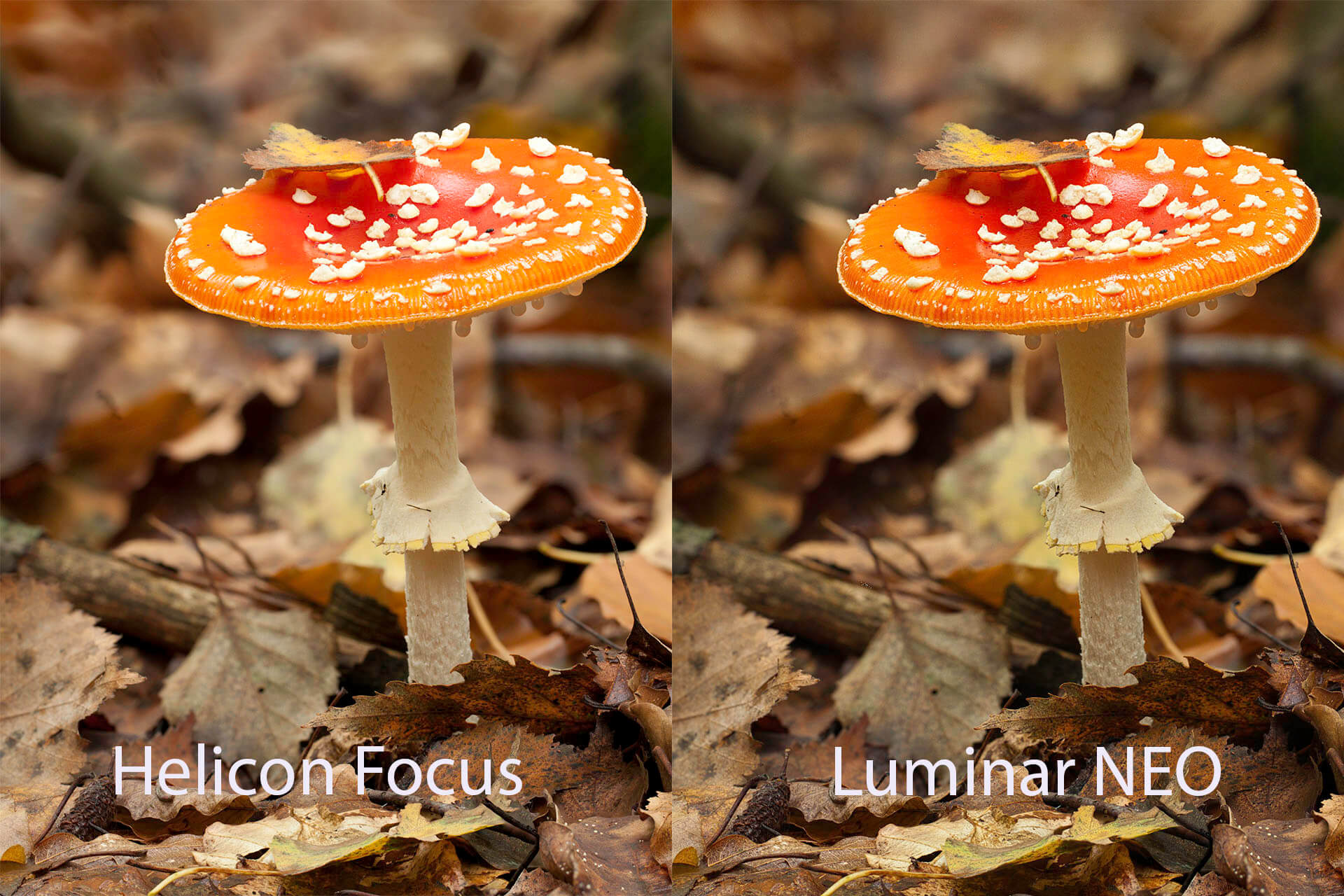 The difference is practically indistinguishable and if you don’t value the additional possibilities Helicon Focus offers, but simply the result as it can be achieved with standard settings, then both are equal.

There is one big but, actually 2 🙁

Even though it is a beta version with the Luminar extension. The focus stacking extension is incredibly slow. The mushroom image above, consisting of 22 individual shots takes 22 seconds in Helikon Focus, while in Luminar NEO you need more than 2 minutes. In my opinion, this can no longer be explained by Beta.

The 2nd problem. When creating the comparison images, I noticed that the Luminar result was always smaller in its dimensions than the image created by Helicon Focus. Sometimes there were differences of 200-400px on the longer edge, 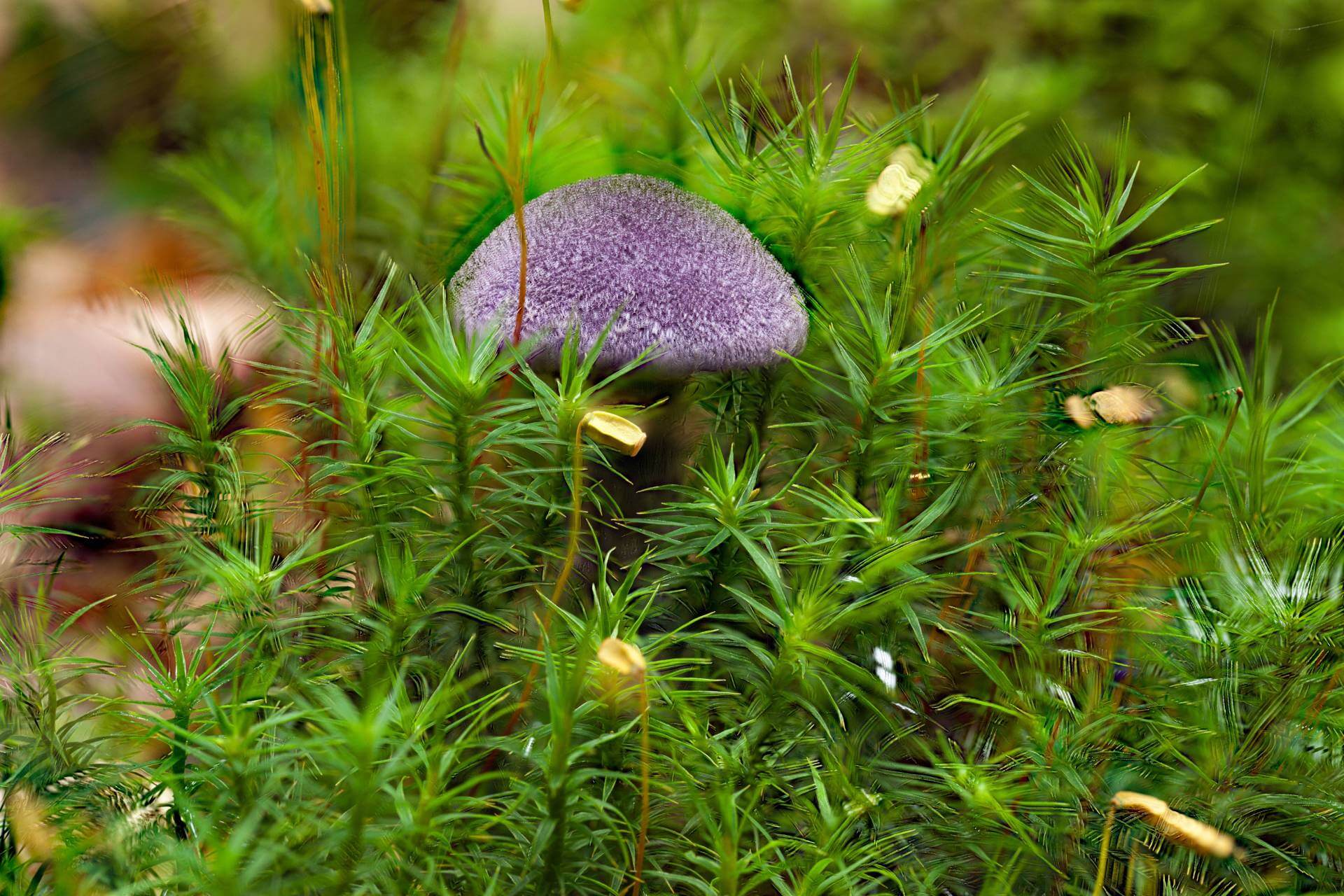 If the image is assembled without alignment of the different partial images, the size is correct, but the result is not usable. Helikon Focus also does a better job here.

The results delivered by the focus stacking extension are fine. Skylum just needs to improve the times considerably and also reduce the cropping on the images when bicolor alignment is needed.

Otherwise you could order Luminar NEO with a discount of 10,– € and the code TUXOCHE.