As rumored a couple of times Adobe used the Adobe Max conference to release the new Lightroom version. 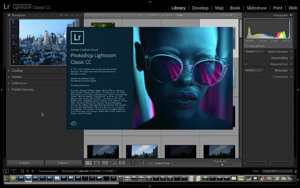 The new Lightroom version offcially is called Adobe Photoshop Lightroom Classic and as i assumed a couple of times the new version is a Cloud version only and there is no license to buy anymore.

The regular Lightroom 6 will get bug fixes and support for new cameras and new lenses for a undefined time, but thats it.

And now i’m downloading and then lets start to test the new features.