RAWTherapee 5.0 was released a short time ago and since i did my last post on this program back in 2014 it was the right time to take a look at the new version.

RAWTherapee  is not only freely available it is opensource and licensed under GPL v3. The free raw converter is available for Linux, Mac OS and Windows. Since the improvments took over 2 years to release version 5, it was time to tkae a look again. 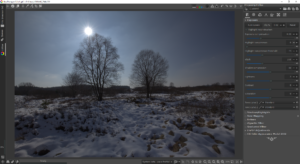 Any changes applied to the image are stored in side-car files with the ending .pp3 , so changes are available for later editing. But just like Lightroom and their XMP files only the latest value of a setting is stored. Lets i increased saturation on an image by +10 and increase this value in a later editing setting by another +5 the side car file only stores the latest value.

RawTherapee offers all basic editing functions (and much more) and of course exporting the images to 8 or 16Bit tiff and JPEG.

The release notes of the new version 5 sound relativley unemotional. First of all you don’t find any documentation which RAW formats from which cameras are supported with the new version 5. This should be  an important information for owners of newer cameras. Maybe this support questions depends on support,  dcraw offers. 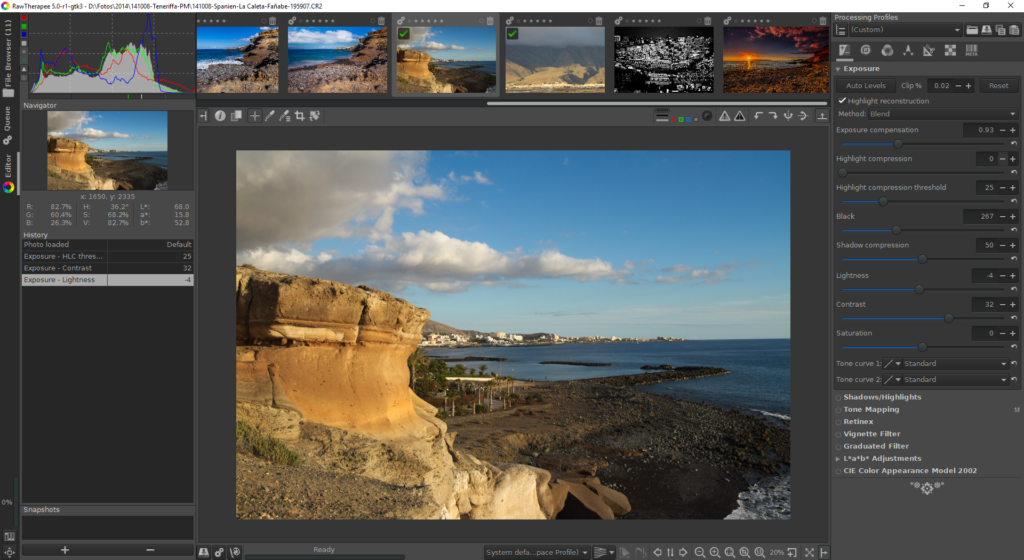 But the developers sure made a great improvement in stability and in speed. Konverting to 16-Bit tiff files is done a lot faster compared to version 4, even though makeing changes in the editor it take a small second before the changes are displayed.

I developed a couple of raw files but on one thing i’m not sure if it is a bug or a feature. Editing an image you can activate the before/after view. A little bit irritating is the fact that the before part changes after adjusting one parameter. This view only displays the difference between the last change and the change i’m applying to the image.

Version 5 is not a big deal in terms of new functions. But the developer team did a good job concentrating on stability and improved performace, instead of implementing more and more functions like in Lightroom slowing the system down.

Whats missing a local corrections like the radial filter. If the next version of Gimp supports 16-bit workflow this might be a good new team.