After many and even conflicting rumors Lightroom 6 was released yesterday. In this article and the video we want to get a first impression. 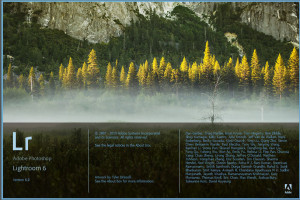 After the first rumors about the new version to be relased an march now it is available. Everybody worrying that the new version would be available in a subscription modell only can calm down. You can buy and download either a full or an update version just like the older version, even though this version doesn’t include the mobile functions introduced in version 5.

After buying Lightroom 6 in the online store you’ll get a new license key via email. Like usual with update versions you have keep you license key for your Lightroom version 5 or older which is requested during installation process.

After starting Lightroom first the catalog is converted to fit the new version, like additional database definitions for the face recognition.

To get a first impression i installed Lightroom on my laptop first, but maybe you’ll take a look at the video first.

My first impression is that Lightroom did speed up a little bit, but i’ll report on this in a later article, after installing Lightroom 6 on my desktop PC.

I’m still wondering why Adobe release the new version without a public beta testing. The panorama function is pretty slow and both the panaoram and the HDR function will have a DNG as a resulting image file.

Looking at the panorama function Adobe didn’t do a good job, because the function is quite slow and seem to run into problems with images taken with a fisheye lens.

You have decide yourself if the face recognition function is worth a buy or an update, but the other function like HDR and panorama don’t require an update since there is SNS-HDR Lite is available for free and panorams can be stitched with the open source program Hugin.

Probably the only thing left may be a gain in speed using the graphical processor for people processing a lot of images.

What do you think about the new Lightroom 6 version? I like to see your comments and questions are welcome too.